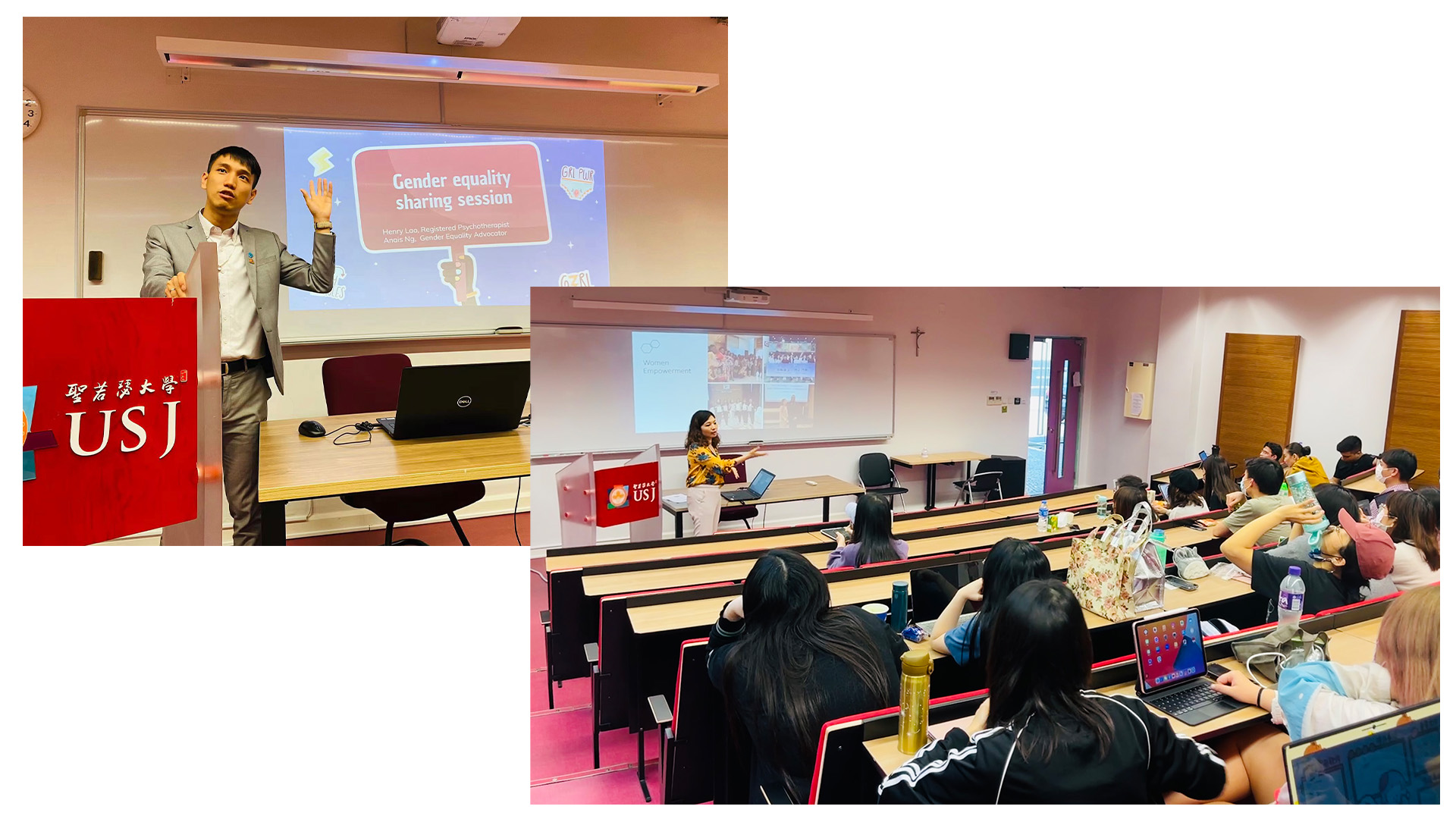 In March 2022, as part of FSSE’s Psychology of Gender Roles module offered to BPY and BED, students had the opportunity to learn more about SDG5 Gender Equality through a series of guest talks.

Following the International Women’s Day on March 8 and, as part of the LPY220_EDPY Psychology of Gender Roles module taken by students of the Year 2 of the Bachelor of Psychology and of the Year 4 of the Bachelor of Education, facilitated by FSSE-Faculty of Social Sciences and Education’s Prof. Joana Costa, students had the opportunity to learn more about the UN-United Nations’ Sustainable Development Goal (SDG) 5 “Achieve gender equality and empower all women and girls” through a series of guest talks.

On March 10, Ms. Maria Manuel de Sousa, President of the Catholic University of Portugal – Lisbon’s HeForShe, part of a global movement by the UN Women’s HeForShe campaign that aims to raise awareness of gender equality through campus activists, gave an online talk on the topic of gender-based violence, emphasising the fundamental role Psychology and Education students and professionals may have in the prevention of these behaviours and crimes, as well as in the empowerment of victims.

In the following week, on March 17, the Women’s General Association (WGA) of Macau, a local organisation that promotes connection amongst women of different backgrounds as well as the protection of female rights, through representatives Mr. Henry Lao, Ms. Anais Ng and Ms. Iris Mak, delivered three sessions on gender equality, at the University’s Don Bosco Auditorium. Mr. Lao focused on the consequences of gender discrimination and actions to take from an individual perspective, while Ms. Ng explored insightful research data available on the topic of gender discrimination in areas like consumption and healthcare. Finally, Ms. Mak brought global and local perspectives on gender equality, also highlighting the important presence of WGA at the United Nations’ Commission on the Status of Women.

The University of Saint Joseph is committed to supporting the achievement of the UN’s SDGs by 2030. More information on USJ’s activities in this endeavour is available here. 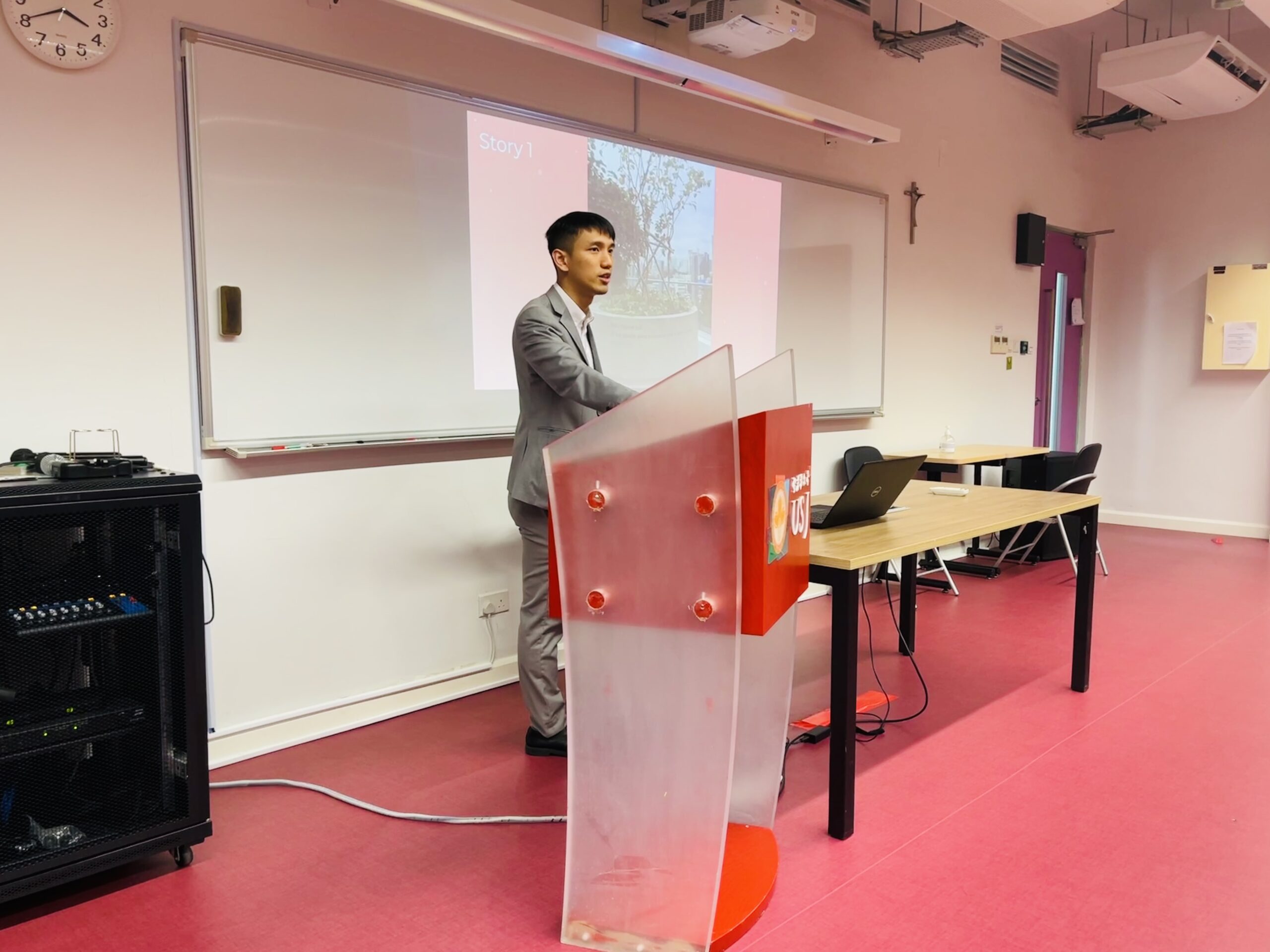 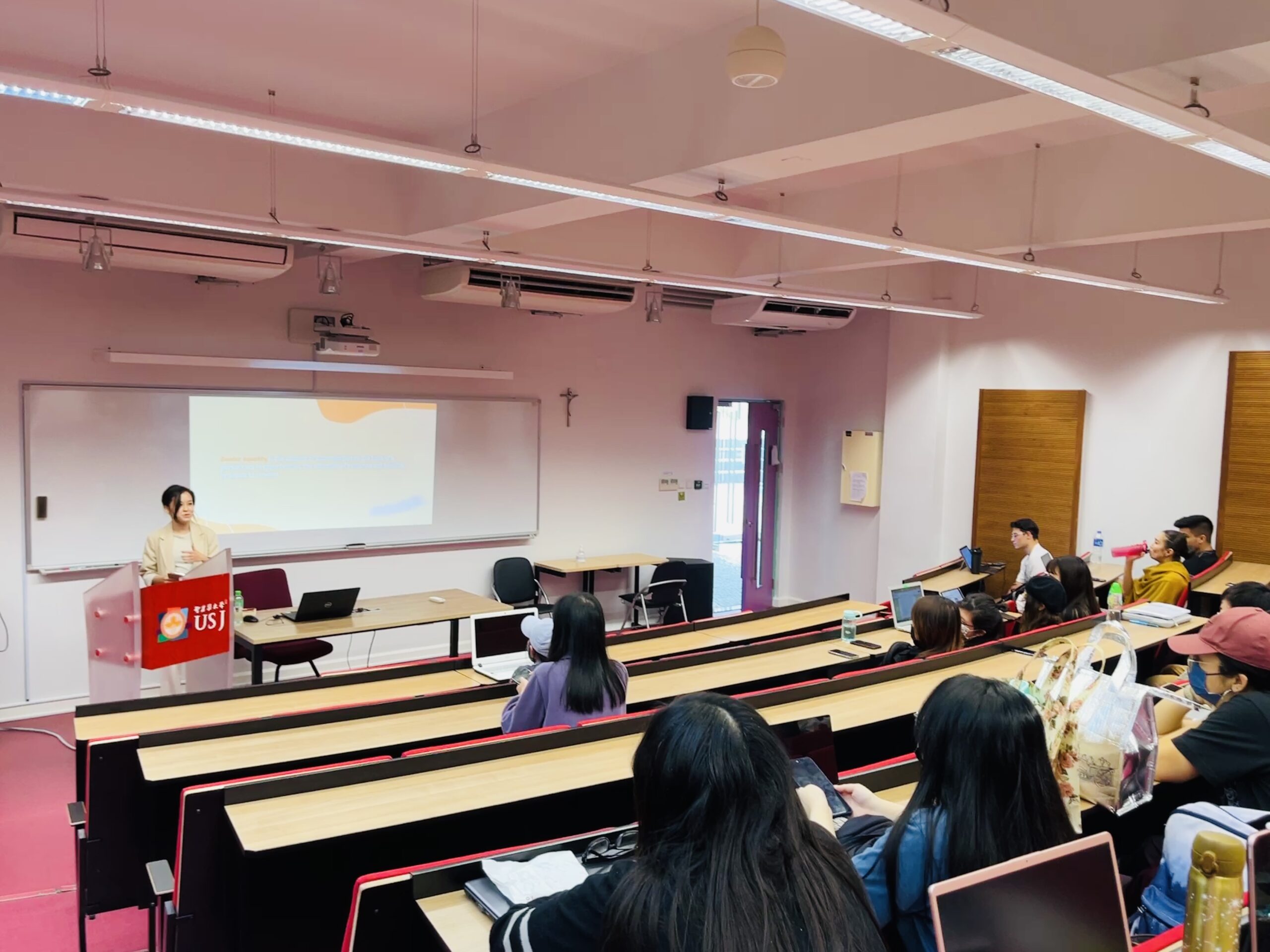 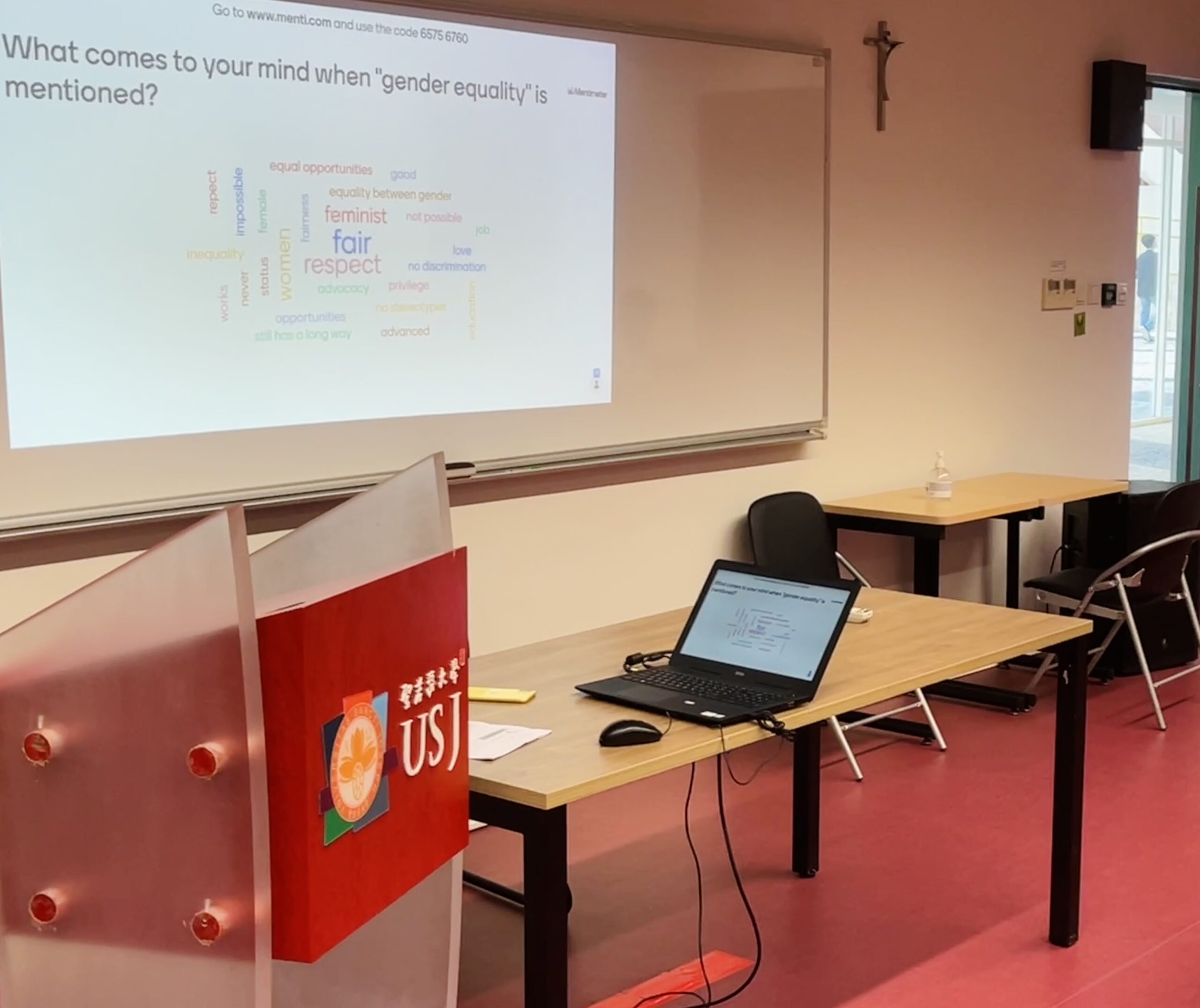 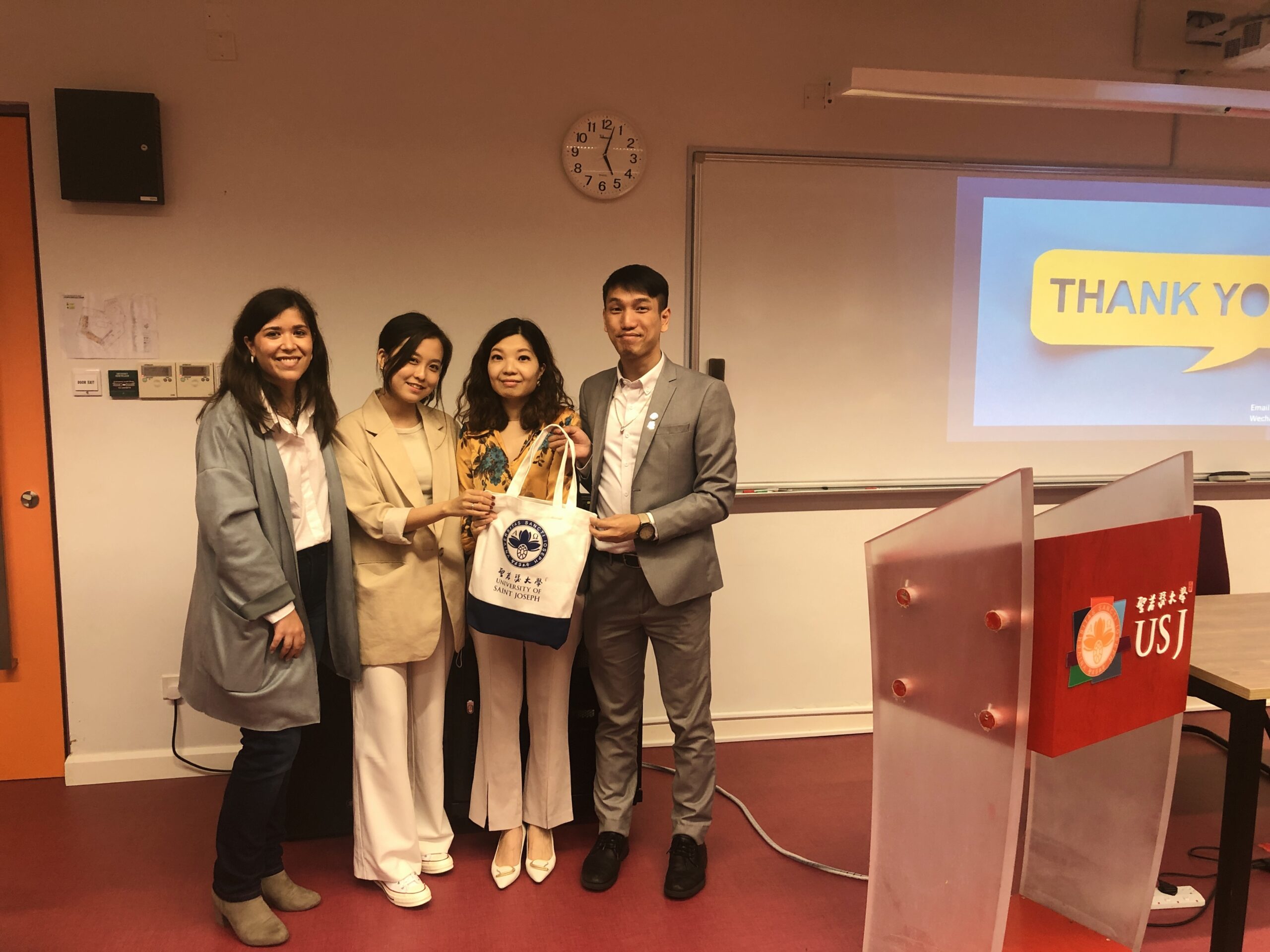