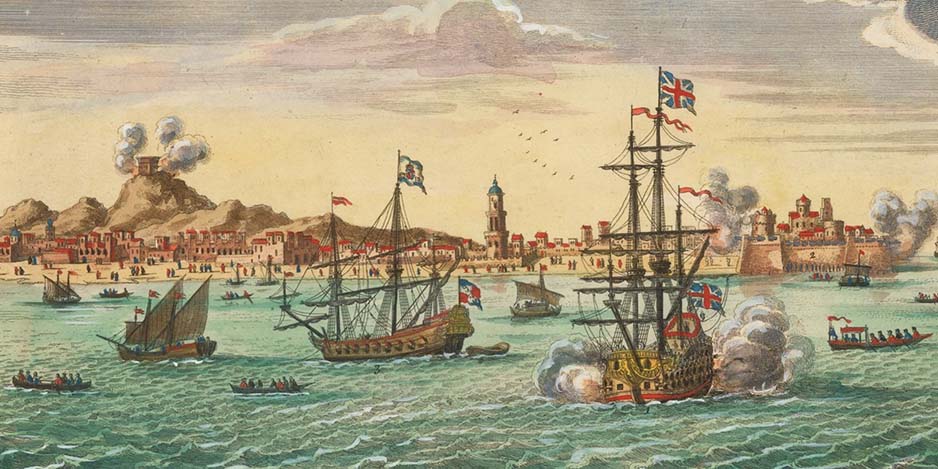 The Xavier Collaborative Research Centre for Memory and Identity will hold a Public Lecture titled “The King’s Ship in the Celestial Empire: Commodore George Anson’s visits to China, 1742-1743” on the 1 December, 2021.

During the War of Jenkins’s Ear (1739-1748), between Britain and Spain, Commodore George Anson led a force to attack Spanish shipping and settlements on the Pacific coast of the Americas. He also hoped to capture the Manila galleon, the famed ship carrying New World silver and Asian luxury goods between Acapulco and Manila. After some successes and many setbacks, HMS Centurion, the only surviving ship under Anson’s command, eventually arrived at the port of Macao in November 1742. Anson’s attempts to explain his role as a naval commander tasked with attacking enemy shipping led to accusations of his being a pirate. This misunderstanding revealed the complications facing a ship whose sole purpose was war rather than trade in the cosmopolitan maritime and mercantile world of the Canton Delta.

Eventually, Qing officials agreed to provide repairs and provisions to the Centurion, which left Macao in April 1743, only to return in July with the captured galleon, Nuestra Señora de Covandonga, in tow. Anson, in possession of an extremely valuable prize and insisting on the treatment due to a naval officer, caused even more trouble than during his first visit. After months of waiting and tension, he eventually secured a meeting with Qing authorities who agreed to exempt the Centurion from harbour dues and allowed Anson to purchase and load provisions for a triumphal return to Britain.

Though there is much scholarship on Anson and his famous voyage, most of it focuses almost exclusively on British accounts and perspectives. This talk will attempt to incorporate more international perspectives, particularly that of Qing authorities, in assessing Anson’s visits to China. It will show that Anson’s activities had a profound impact in Asia, even if they were considered a sideshow in a European war. Worried about the ease with which a warship like the Centurion could appear in the Canton River, Qing authorities implemented administrative reforms in Macao to keep a closer watch over foreigners. Spanish attempts at reprisals and concerns about the widening war severely disrupted Europe’s flourishing trade with China. Celebrated in Britain, Anson was the source of much angst in China.

C. Nathan Kwan is an historian of the international relations of the Pearl River Delta in the Qing period. His current research project examines the naval dimensions global European conflicts in the long eighteenth century and how they impacted and were perceived in China. He is particularly interested in the role of Macau, with its Portuguese connections, during these wars. Nathan completed his PhD in a joint programme between the University of Hong Kong (Department of History) and King’s College London (Department of War Studies) in 2020; his thesis discussed interactions between the British and Qing empires in suppressing piracy in south China in the nineteenth century and its implications for the development and understanding of international law on the China coast. He currently teaches in the Department of History at the University of Macau. 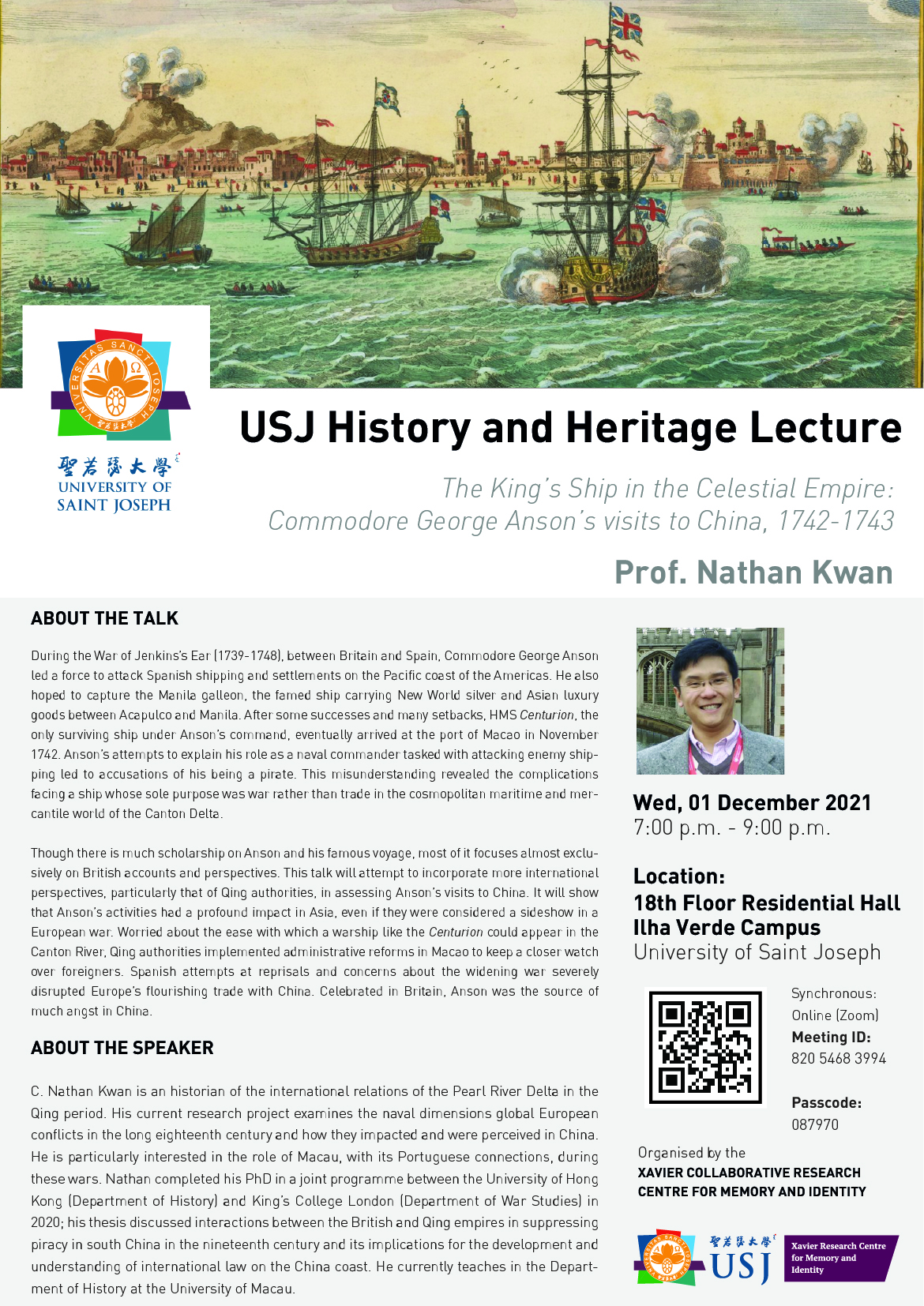