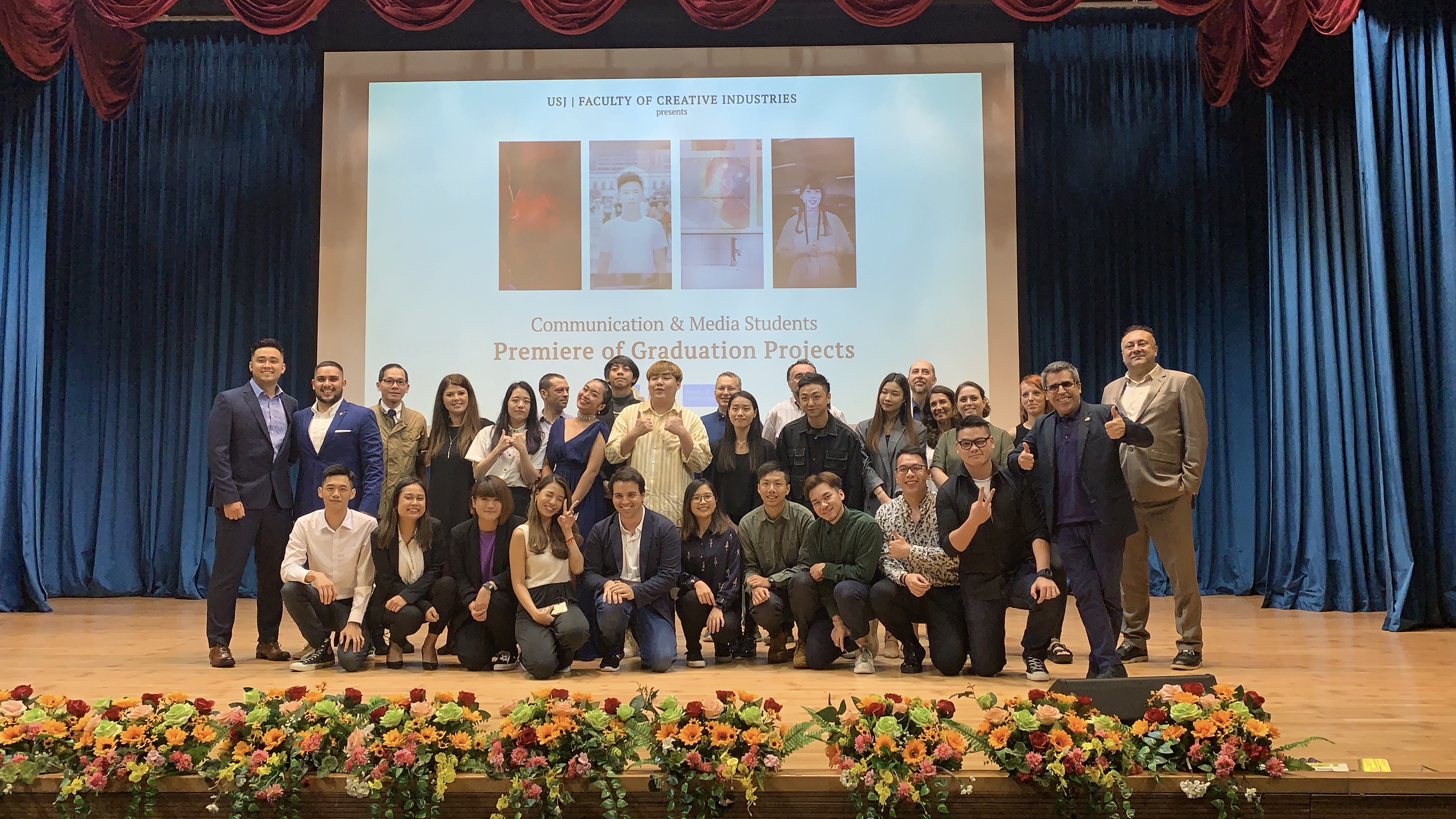 On 29 May 2019, the Faculty of Creative Industries showcased the projects of graduating BCM students by holding the Opening of the “Emotion” Multimedia Exhibition and the Premiere of “4 Short Stories You Won’t Believe”

In an aim to showcase the graduating students’ projects, the Faculty of Creative Industries‘ Department of Communication and Media held two successive events on May 29th, Wednesday: the Opening of the “Emotion” Multimedia Exhibition and the Premiere of “4 Short Stories You Won’t Believe”.

The “Emotion” Multimedia Exhibition attempts to encapsulate the subject of intuitive feelings interpreted through photography and video production. The Opening was officially held at the Kent Wong Exhibition Gallery of the University’s Ilha Verde Campus at 6:00PM. The students’ works (photography and videos) will be open for public viewing, with free admission, until June 10th, 2019, during the University’s opening hours.

Each of the students’ works freely explores the central theme of the exhibition, with reverence to specific subjects expressed through their outputs, such as desire, death, abstract representations of life and human connections, among others. The photography exhibition not only showcases the students’ creative eye in capturing vivid imagery, but also in adding more depth to their works through photo manipulation and technical treatment. 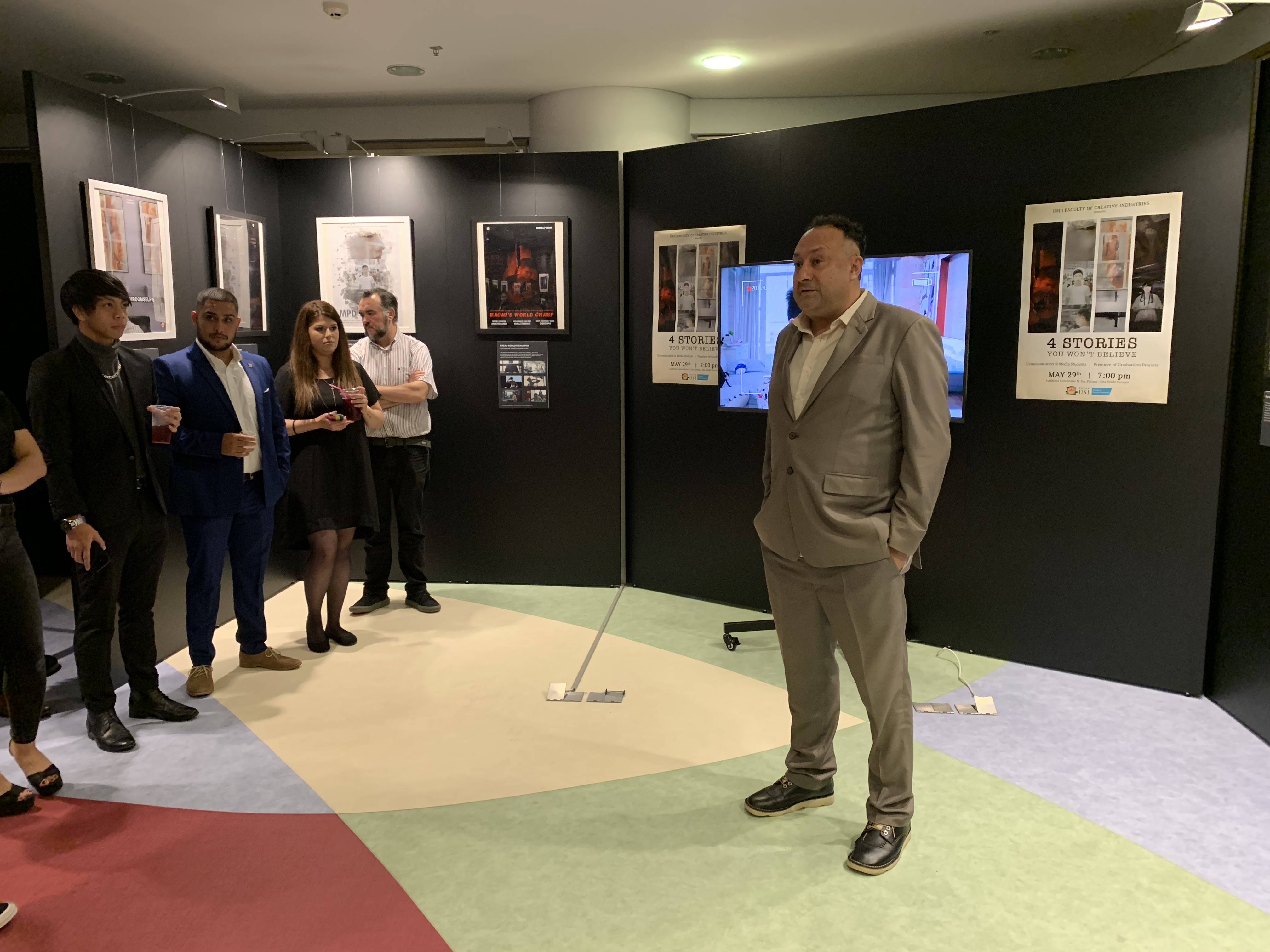 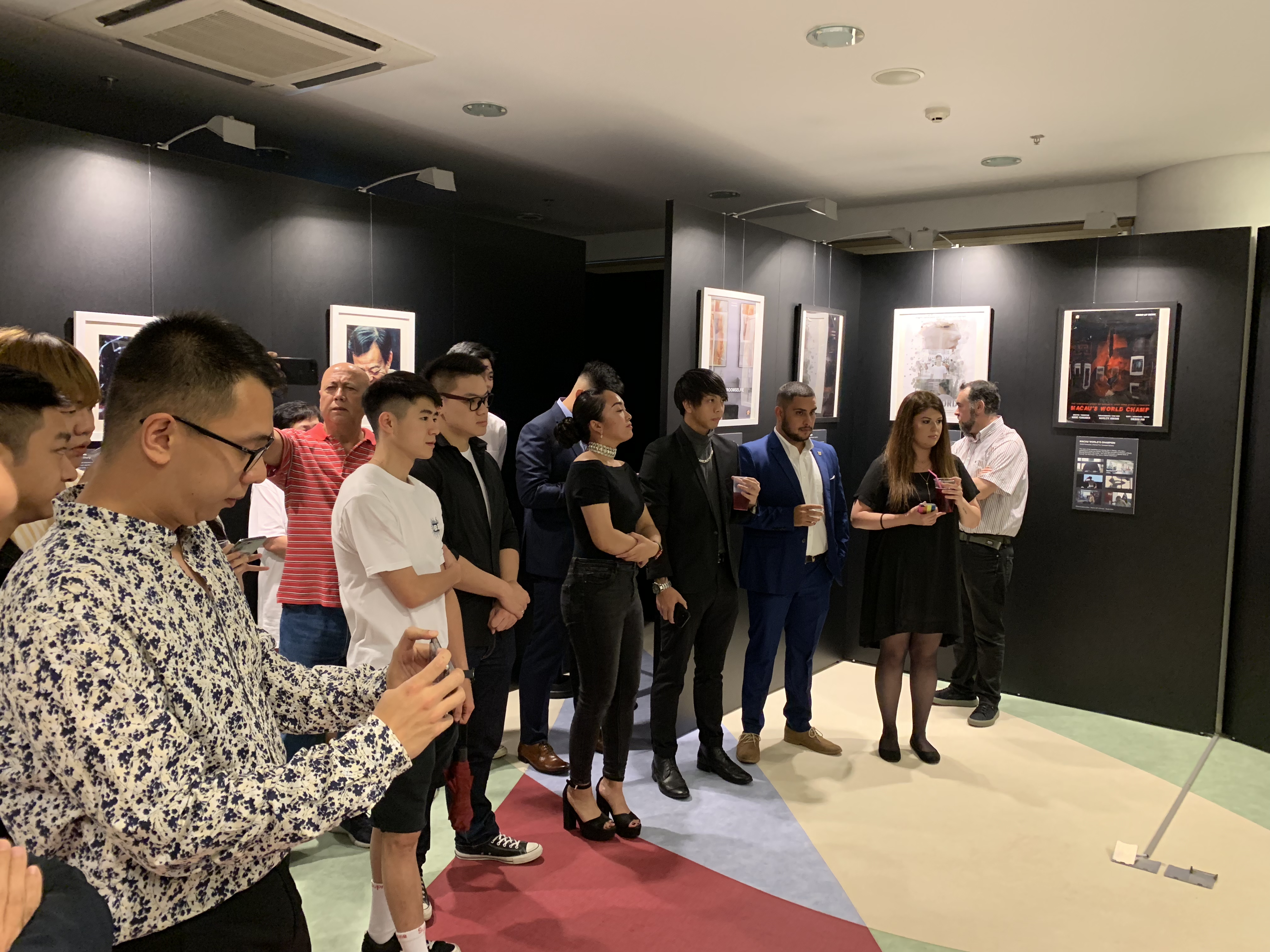 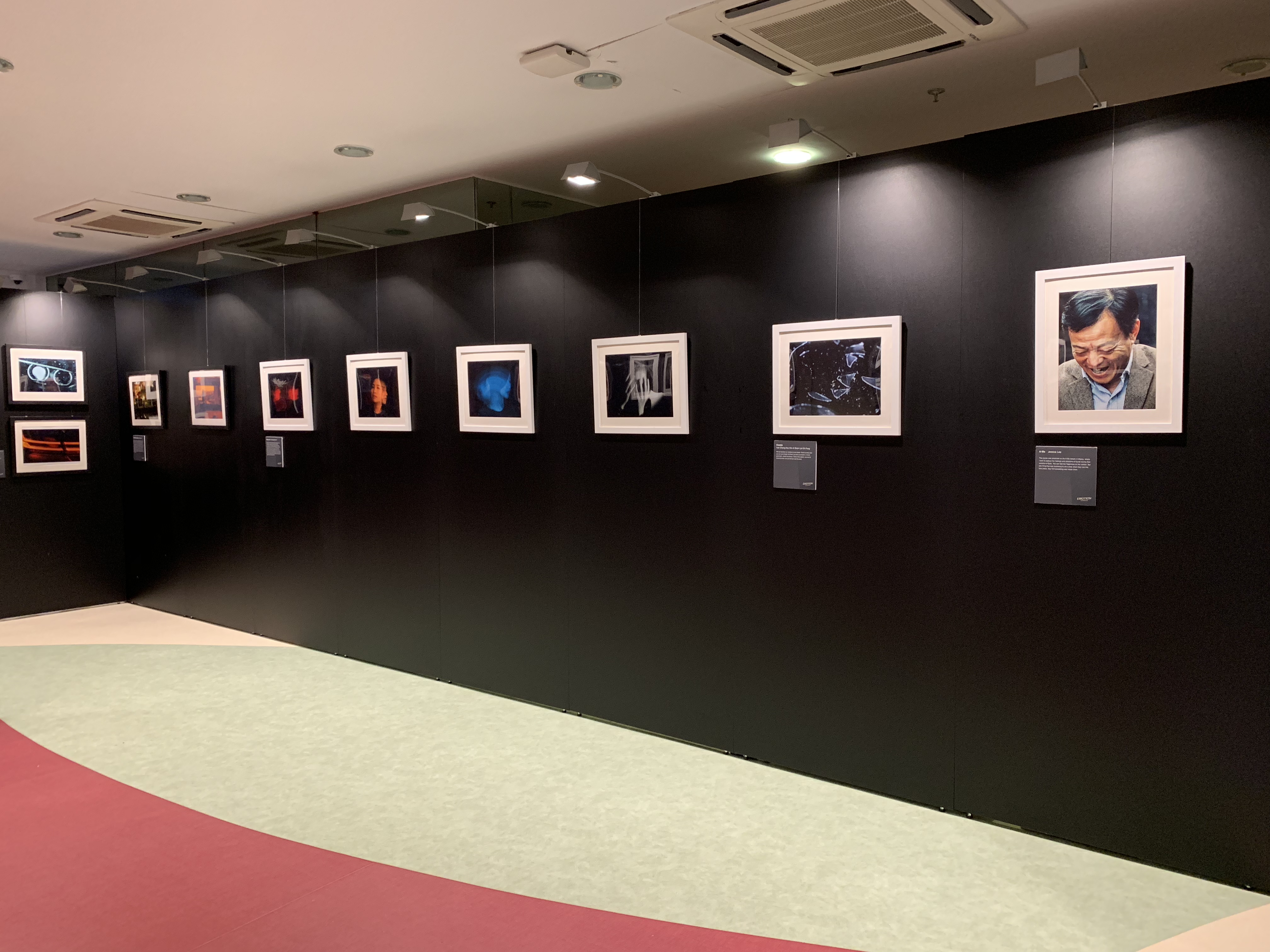 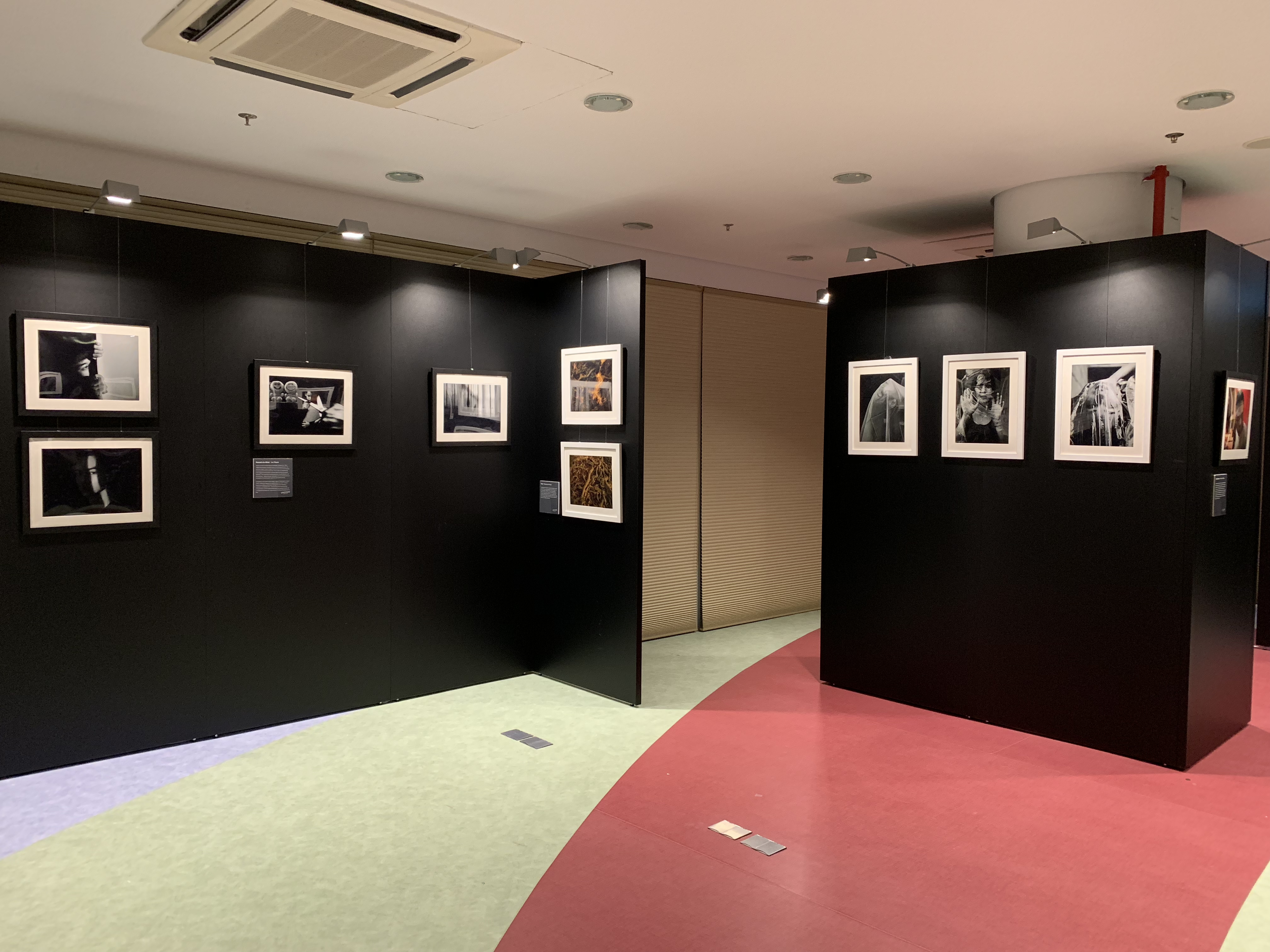 The Premiere of “4 Short Stories You Won’t Believe” took place at the Auditório Centenário de Fátima of the University’s Ilha Verde Campus, at 7:00PM. The video installation showcased a summary of students’ works throughout their course, before the screening of four short mockumentaries that touched various subject matters revolving around the human psyche, including interpersonal interaction with the community and dealing with technology. The purpose of the documentaries was to further debate and raise awareness of the concept of “fake news”, given that the challenge given to students was to create fiction that was highly believable and could be perceived as actual reality. 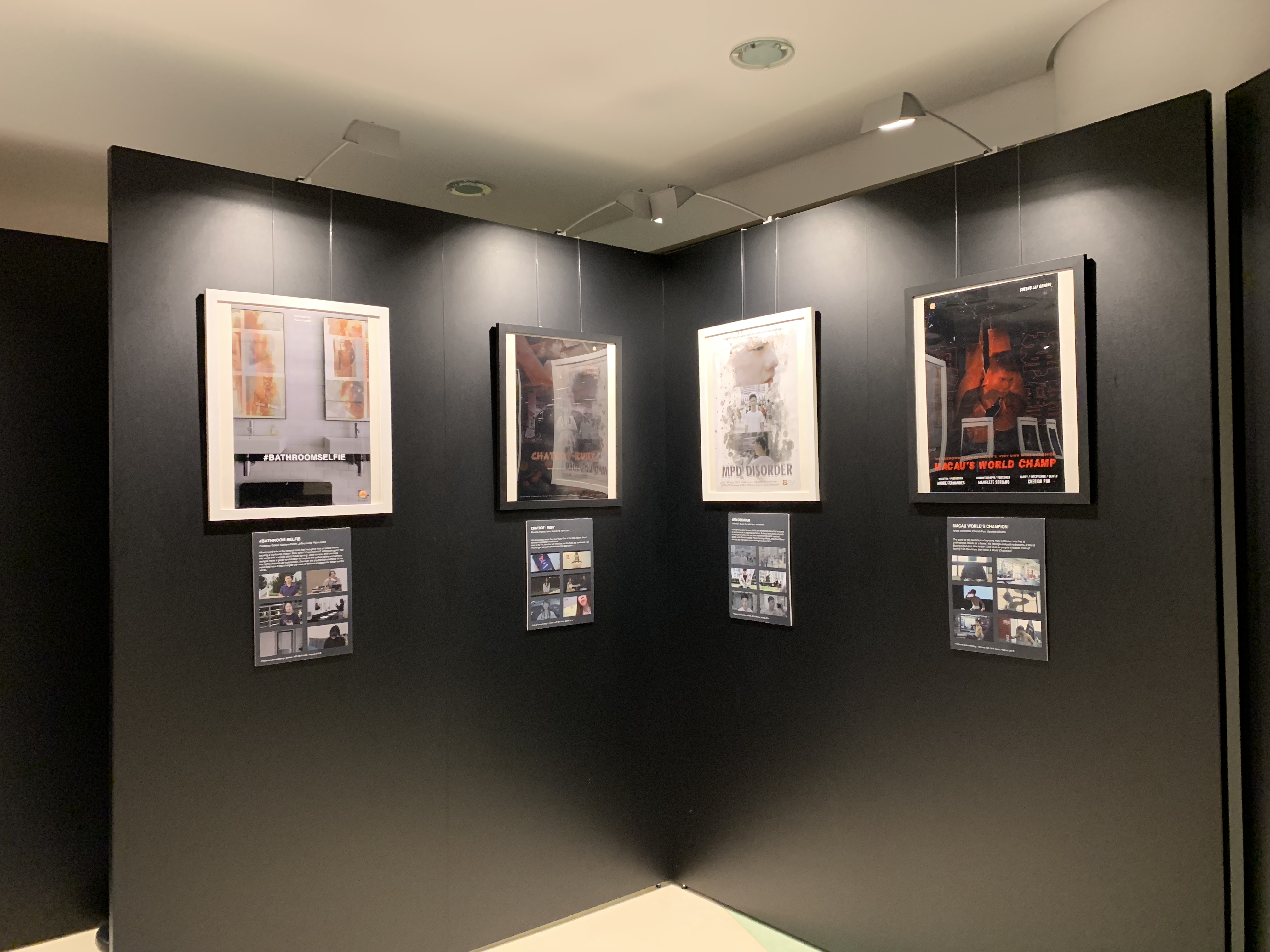 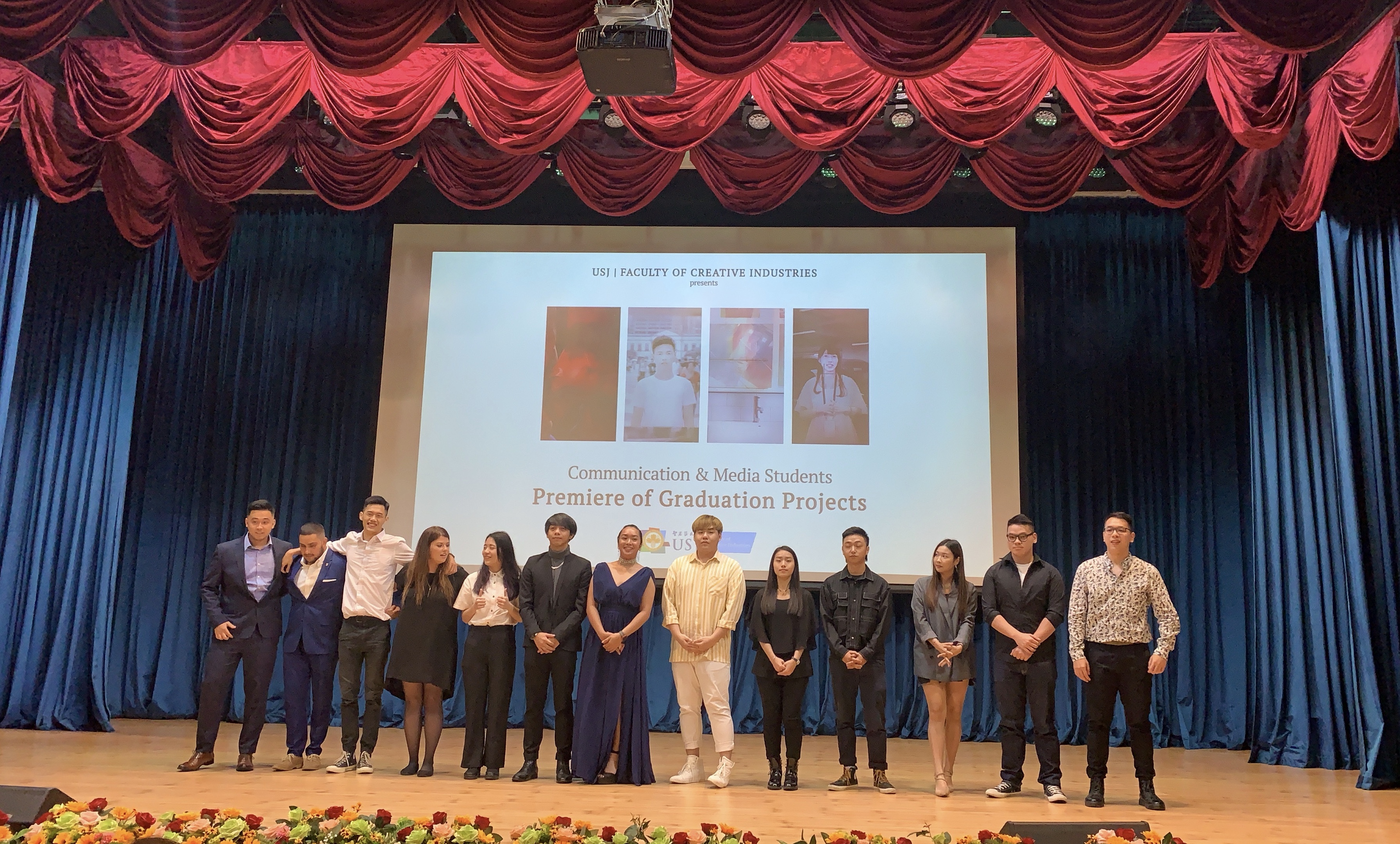 The Communication and Media Department of the University of Saint Joseph’s Faculty of Creative Industries believes in the monumental role of creative expression in the development of its students as future multimedia creators. According to the head of the department, Professor José Manuel Simões,

“this exhibition largely focuses on advancing its students to be more than just about producing outputs, but to be visionaries in delivering messages that generate meanings, expand knowledge and enhance the community’s ability to communicate in a fast-paced world of technology and platforms. It also offers the necessary fundamental instrument for its students to function in different fields of expertise, and prepare them with advanced skills towards achieving their future goals.”

For more information regarding the exhibition, please contact Professor José Manuel Simões, via telephone at +853 6809 0809 or via email at jmsimoes@usj.edu.mo.