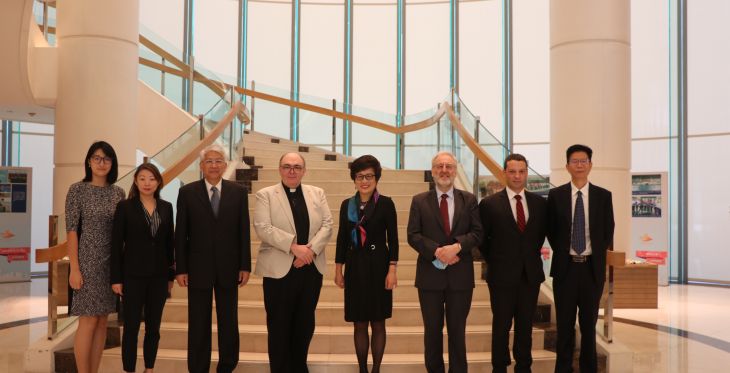 USJ Rector, Rev. Professor Stephen Morgan, and his delegation from the USJ visited the Office of the Commissioner of the Ministry of Foreign Affairs of the People’s Republic of China in Macao SAR on October 16.

On the morning of October 16, a delegation of the new senior management team of the University of Saint Joseph (USJ), led by the 4th Rector, Reverend Professor Stephen Morgan, visited the Office of the Ministry of Foreign Affairs of the People’s Republic of China in the Macao SAR, with the aim to greet and present the future development plans of the USJ in Macao. The new team was warmly welcomed and congratulated by the Deputy Commissioner, Wang Dong.

Rev. Professor Stephen Morgan thanked the Deputy Commissioner and the Ministry for their warm welcome and continuous support for USJ. He introduced the objectives of the future development plans of the University and stated that “USJ is in, of and for Macao, China”. USJ is one of the most comprehensive higher education institutions in Macao, which provides all academic degree programmes including Bachelor, Master and PHD.

Since its 24 years of establishment, USJ has cultivated “the talents of over 7,500 students” in different fields, and has played a unique and important role in serving and promoting social harmony in the Macao society. With its unique internationalised culture, the University will continue its role as a platform to serve between the “Economic and Trade Cooperation between China and Portuguese-Speaking Countries” and the “One Belt, One Road” Initiative, and supporting the initiatives of Macao SAR Government along with the development of the Greater Bay Area.

USJ will uphold the highest academic standards, to promote the identity and ethos of USJ, to foster social development rooted in the traditions of Macao, to promote internationalisation as a core value proposition, to nurture the commitment to a sustainable society, and become a significant East and West cultural exchanging platform.

Deputy Commissioner, Wang Dong, thanked the Rector, Rev. Professor Stephen Morgan for his introduction and was highly appreciated for his concept of “USJ is in, of and for Macao, China”.

After introducing the mission and functions of the Office of the Commissioner of the Ministry of Foreign Affairs of People’s Republic of China at the Macao SAR, the Deputy Commissioner said that as an higher education institution with a 24-year history serving in Macao, its unique characteristics of the internationalisation, multi-cultural educational background and the integration of Chinese and Western cultures, can help promoting and positioning Macao as a “centre, platform base for its long-term development”. For this, the Commissioner’s Office will actively support it.

The Commissioner Wang also pointed out that the central government is very conscious regarding the youth development of Macao, hence, it will assist the University in fostering young students to have deeper understanding of the Chinese culture and diplomatic characteristics in the new era, and is very supportive to the USJ’s foreign academic exchanges.

Finally, the Deputy Commissioner, wished that under the leadership of the new Rector and management, USJ will continue to develop its distinctive characteristics and cultivate more professional talents to “Love China, Love Macao” and act as a strong communication bridge between China and the West.

Among the team were the three Vice Rectors of USJ, Professor Keith Morrison, Professor Álvaro Barbosa and Professor Shu Guang Zhang, Dean of Faculty of Business and Law, Professor Jenny Lao-Philips and Head of the Department of Languages and Culture, Prof. Lidia Zhou. 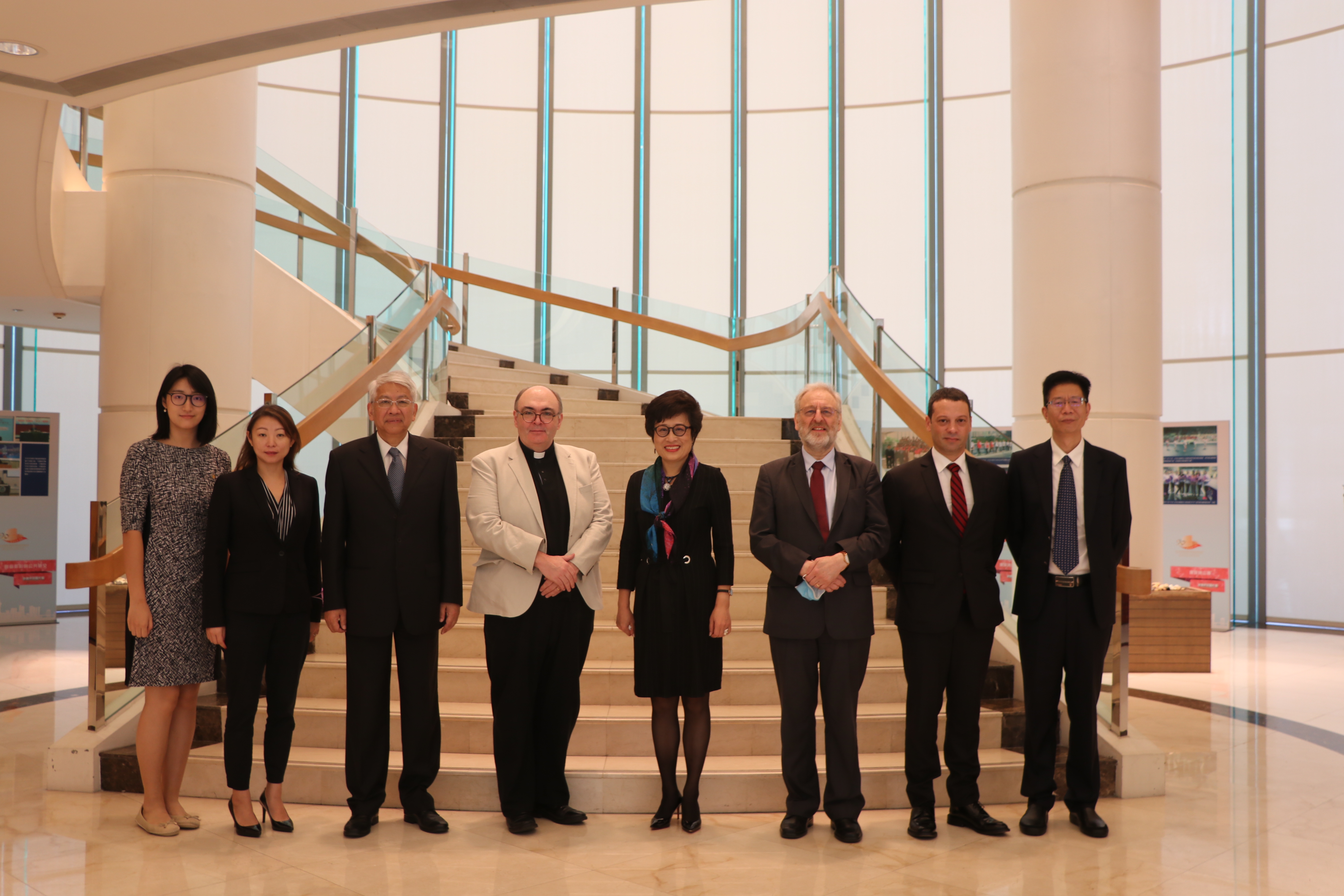