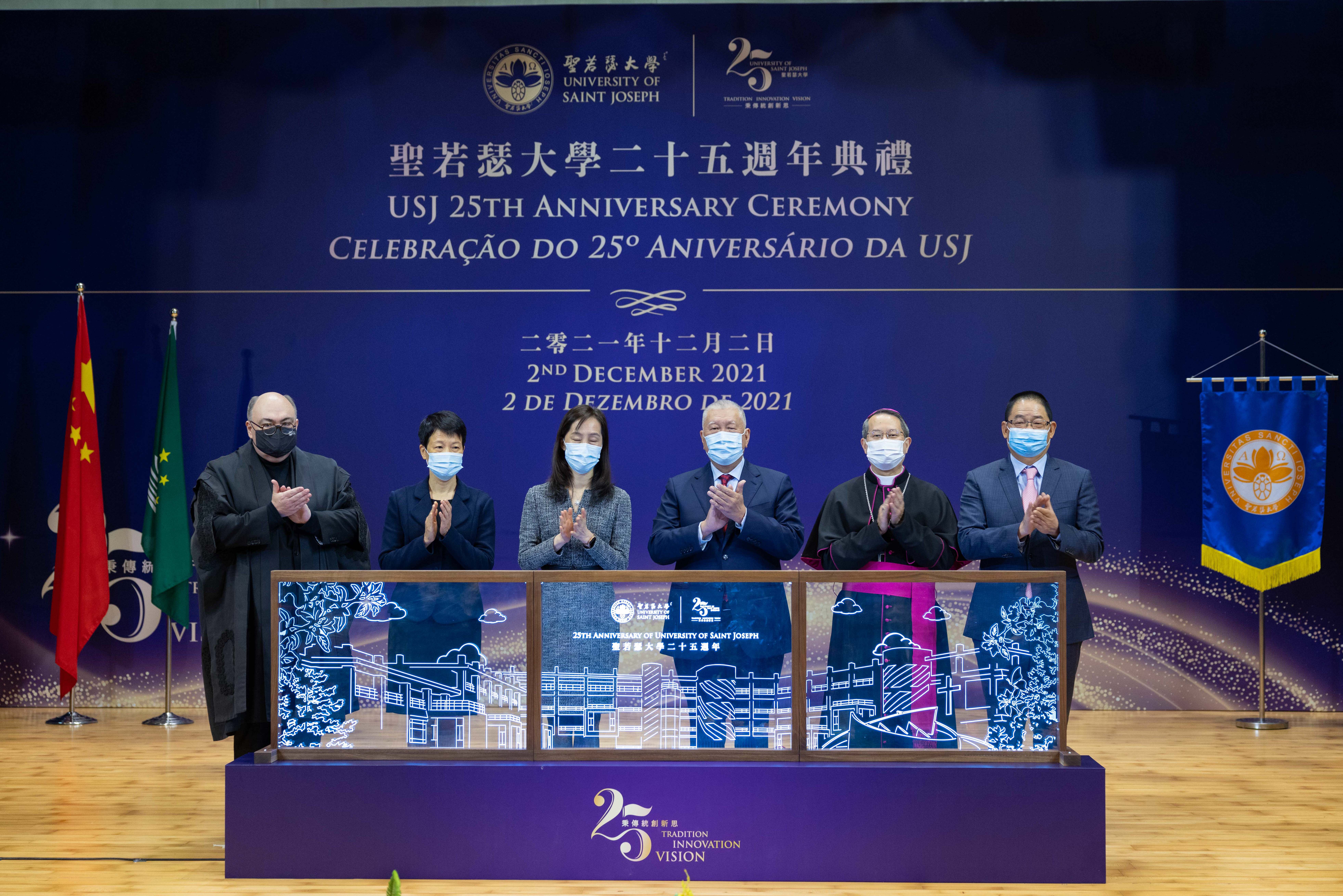 USJ marks 25 years of existence, history and achievements, contribution for the local community and worldwide partners, and ultimately, the pursuit of knowledge in service of humanity.

The University of Saint Joseph (USJ) has officially launched its 25th Anniversary, Silver Jubilee celebrations under the theme of its identity “Tradition, Innovation and Vision”. The University held a ceremony on Thursday, 2nd December 2021, at the Auditório Centenário de Fátima in Ilha Verde Campus, and the unveiling of the new Confucius Statue Garden and the Donor’s Wall, to mark the occasion.

The ceremony was officiated by the Representative of the Honourable Chief Executive of the Macao SAR Government, Ms Ao Ieong U, Secretary for Social Affairs and Culture, Mr Edmund Ho Hau Wah, Vice-Chairman of The Chinese People’s Political Consultative Conference, Ms. Xu Ting, Director-General of Department of Education and Youth Affairs of the  Liaison Office  of the Central People’s Government in the Macao SAR, Dr. Wu Zhiliang, President of Board of Directors of the Macao Foundation, the Most Reverend Bishop of Macao, Stephen Lee Bun Sang, Chancellor of USJ, and Reverend Professor Stephen Morgan, Rector of USJ.

The Secretary for Social Affairs and Culture, Ms Ao Ieong U, congratulated USJ for significantly contributing to the training and development of quality talents in Macao, for the past 25 years. She also afirmed that USJ has become “an academic platform of great importance” that is committed to promoting academic and cultural exchanges with Portuguese-Speaking countries and Europe. The Secretary expects USJ to continue to “leverage its unique advantages” to contribute to Macao’s future positively.

President of the Executive Committee of the Alumni Association of USJ, Ms Lai Pou San Pauline, gave a brief and supporting speech to the University and congratulated her Alma Mater for its anniversary.

The Rector of USJ, Rev. Prof. Stephen Morgan, reflected past and present achievements during his speech whilst reinstating the University’s commitment as a Catholic and international university that witnesses and services Macao and China. He also stated that the future of USJ is tied with the future development of Macao and the Greater Bay Area, as “an economic and trade cooperation platform for China and Portuguese-speaking countries, and a base for harmonious cultural exchange and cooperation”.

The ceremony concluded with the presentation of the Papal Blessing granted by Pope Francis to the University, followed by a warm closing message and Benediction by the Chancellor of USJ, the Most Reverend Bishop Stephen Lee Bun-sang.

After the ceremony, guests and all members of the USJ community, including staff and teachers, congregated at the entrance of the Campus to unveil the Confucius statue. The statue is a representation of USJ’s view of higher education with a universal character capable of promoting creative dialogue between the cultural, scientific, ethical and philosophical traditions, and the harmonious pursuit of truth and the common good for the benefit of humanity, the Chinese people and Macao’s multicultural society.

The day celebrations ended in the heart of the Campus where the USJ Donor’s Wall was unveiled to the public. The Wall serves as a recognition for all the donors and benefactors that have continuously supported and contributed to the development of USJ and its students.

USJ is rooted in a long tradition of intercultural exchange that has been the hallmark of Catholic higher education in Macao since the College of Saint Paul, founded in 1594. “Scientia et Virtus” (Knowledge and Virtue), the motto of the Diocese of Macao, points its academic community to a harmonious pursuit of truth and the common good for the benefit of humanity, the Chinese people and Macao’s multicultural society.

Since its establishment 25 years ago, USJ’s character as a high-quality institution of higher education has flourished, and more than 7,500 students from over 60 different countries of various areas of study have graduated. A total of 1,279 students (872 local students and 407 foreigner students) are currently enrolled in 36 programmes offered by four faculties and two research institutes. 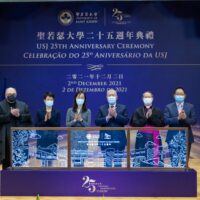 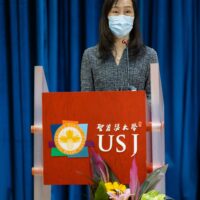 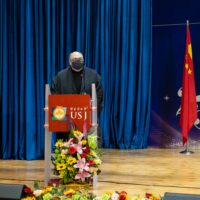 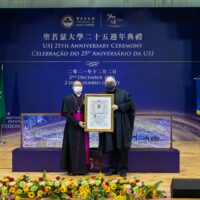 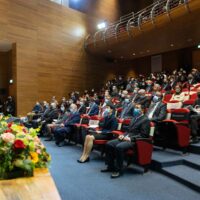 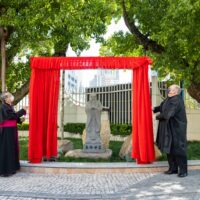 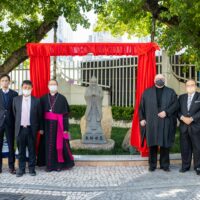 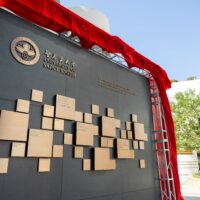