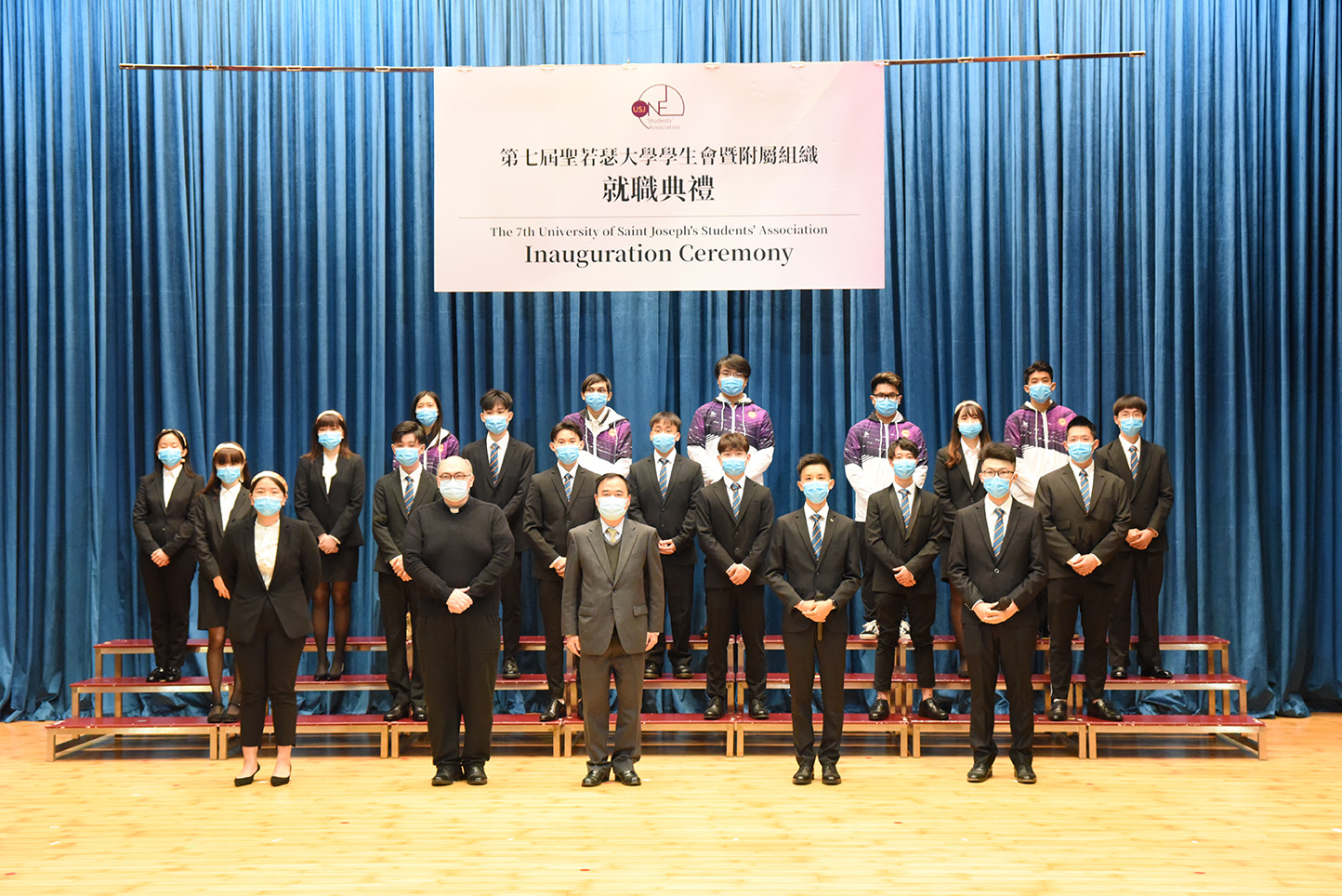 The 7th Inauguration of USJSA 2022

The 7th Inauguration Ceremony of USJSA was held on March 24th, 2022, in the Auditório Centenário de Fátima in the Ilha Verde Campus.

The University of Saint Joseph (USJ) celebrated the inauguration of the 7th USJ Students’ Association (USJSA) on Thursday, March 24th, 2022, at 7 pm in the Auditório Centenário de Fátima in the Ilha Verde Campus.

The Rector of USJ, Reverend professor Stephen Morgan officiated the ceremony by delivering the welcoming speech. He thanked the 6th USJSA for their hard work during their term of office and commended the new USJSA cabinet for their willingness to sacrifice their own time to enrich the campus life of other students.

The Chairperson of the Executive Committee of the 6th USJSA, Mr. Edmond Ip, reflected on the difficulties his Students’ Association body faced due to the pandemic outbreak. He also congratulated the elected team and gave his best wishes.

After Mr. Ip’s speech, the Chairperson-elect of the Executive Committee of the 7th USJSA, Mr. Antonio Ambrose, was invited to the stage to receive the stamp of the USJSA as a mark of handover of authority.

Mr. Antonio showed gratitude to the distinguished guests and the new USJSA body in his speech. He took a quote from American President Franklin D. Roosevelt to encourage his team to be resilient in times of trouble. He exhorted his team to follow the example set by Saint Joseph, the patron saint of USJ, and be working “fatherly” figures to their fellow students.

The members of the 7th USJSA cabinet then proceeded on stage for the oath-taking ceremony, where they pledged to serve the students of USJ wholeheartedly. Head of the Department of students of the Education and Youth Department Bureau (DSEDJ), Mr. Chan Yuk Wai, and Rector, Reverend Professor Stephen Morgan, was on the stage to bear witness to the oath-taking.

Since its establishment, the USJSA has been acting as a bridge between the students and the administration. It is the USJSA’s mission to help bring about an active and progressive university experience. 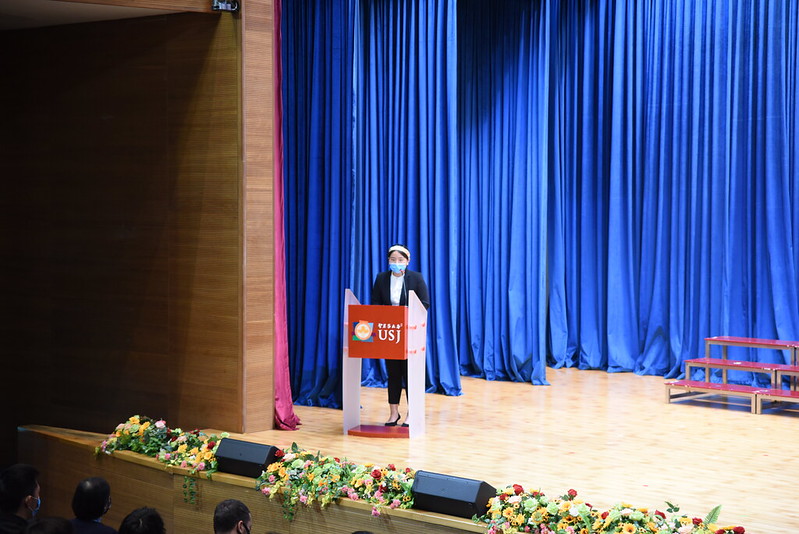