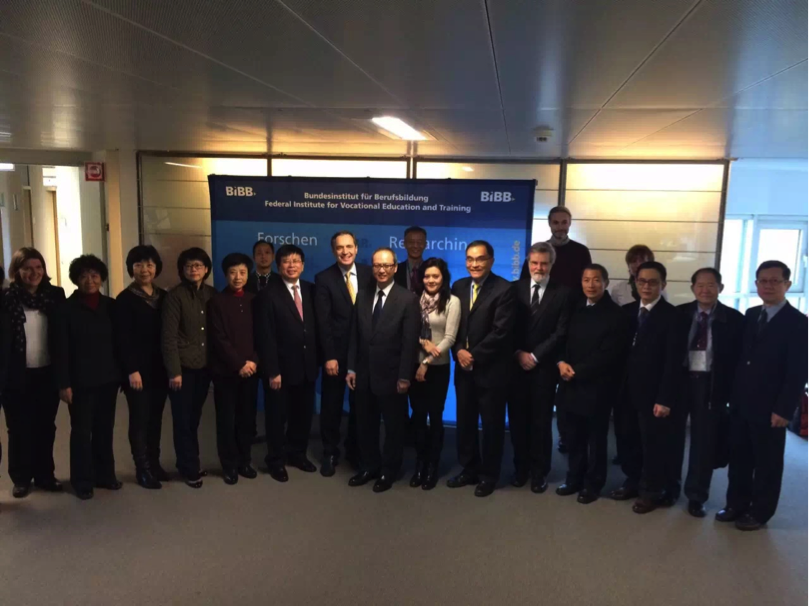 At the invitation of GAES of MSAR, Rector Fr. Peter Stilwell and Pro-Rector Vincent Yang joined the Delegation of Senior Executives of Higher Education Institutions of Macao in a visit to Portugal and Germany during December 9-16, 2015. The delegation was led by Dr. Sou Chio Fai, Director of GAES, and Dr. Sílvia Ribeiro Osório Ho, Deputy Director of GAES, and consisted of 16 senior executives of 9 higher education institutions in Macau.

The purposes of the visit were to understand the current status and systems of higher education in Portugal and Germany, introduce Macau’s HEIs to their counterparts in these two countries, and explore the possibilities of cooperation in education and scientific researches. In Portugal, the delegation visited three universities, namely University of Minhu, University of Porto, and University Nova de Lisbon. During the round table meetings, representatives from all three Portuguese university expressed strong interest in enhancing the relationship with Macau and exploring the market in Asia. . In addition, Rector Stilwell and Pro-Rector Yang paid a visit to Prof. Maria da Glória Garcia, Rector of Catholic University of Portugal. In Lisbon, while meeting with the Conselho Coordenador dos Institutos Superiores Politecnicos (Coordination Council of Polytechnics, on behalf of the MSAR government, Dr. Sou signed an agreement of cooperation with this department of the Portuguese government. The delegation also attended a workshop that was organized by the Champalimaud Foundation to introduce its cutting-edge world class medical research projects. Further, the delegation met with representatives of Agência de Avaliação e Acreditação do Ensino Superior (A3E3, the accreditation agency of Portugal). In Germany, the delegation visited the Federal Institute for Vocational Education and Training (BiBB) to discuss the government-dominated vocational education and training system in Germany. On the day prior to the return flight to Macau, the delegation attended a round table discussion at the privately owned Frankfurt School of Finance & Management.

This visit to Europe provided great opportunities for the establishment and improvement of relationship between HEIs in Macau and in Portugal and Germany, which will prepare the ground for further development of cooperation among them.