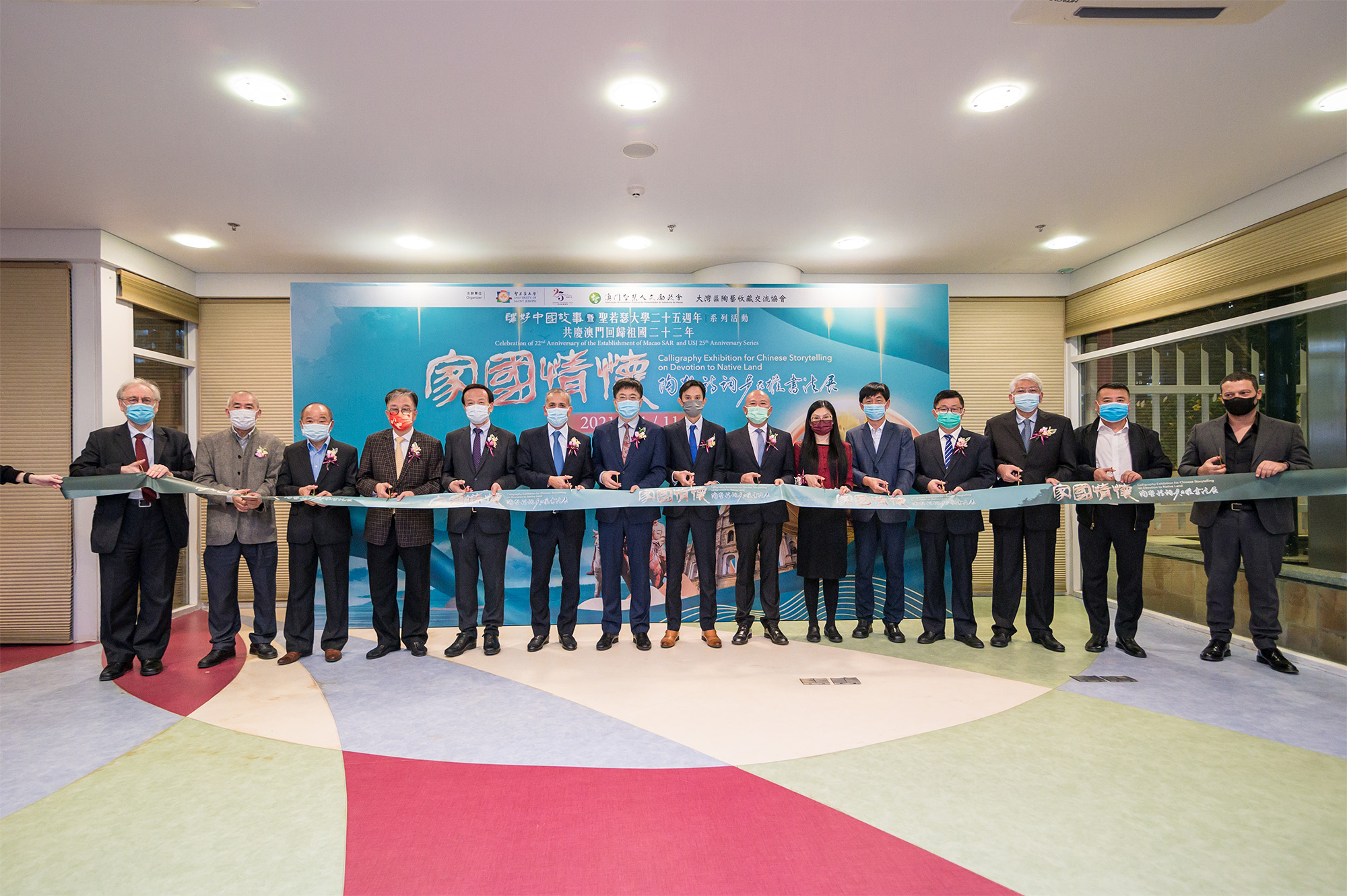 The “Calligraphy Exhibition for Chinese Storytelling on Devotion to Native Land” was officially inaugurated on 11 November, 2021.

The opening ceremony of the “Celebration of the 22nd Anniversary of the Establishment of Macao SAR: Calligraphy Exhibition for Chinese Storytelling on Devotion to Native Land”, part of the USJ 25th Anniversary Series, took place on November 11, 2021, at the Kent Wong Exhibition Gallery in the University of Saint Joseph (USJ).

During the opening ceremony, Prof. Zhang Shuguang, Vice Rector of USJ, mentioned that “USJ as an important academic platform for the integration of Chinese and Western cultures, USJ serves the mission of “building a base for exchange and cooperation with Chinese culture as the mainstream and the coexistence of multiple cultures” given by our country to Macao. We hope that more students at the University of Saint Joseph, the future pillars of our society, will learn more about the events of the return 22 years ago and the stories of China and Macao through the calligraphy and the exhibition. We hope the exhibition will help students can be further “rooted in Macao, based in Macao, serving Macao, China” under the mission of the University’s education objectives and development goals, and strive with the University to keep up with the times while upholding and maintaining its traditional philosophy.”

On the opening speech, Mr. Ung Choi Kun, President of Macao Wisdom Humanities Encourage Political Association, pointed that cultural diversity is a fundamental feature of the world’s cultural ecology, and mutual respect and understanding for different cultures are required for the common prosperity of the world’s cultures.”Looking back in history, Chinese civilisation has a long history, and Chinese culture is extensive and profound. The virtues of “loyalty, filial piety, courtesy, righteousness, benevolence, wisdom and faithfulness” extolled by our ancient sages, are the foundation on which the Chinese nation stands firmly in the world culture. Likewise, there is a venerable father in the Catholic Church, Saint Joseph, whose courage to be faithful, loving and innovative are values that are universally recognised. Therefore, the “Chinese Storytelling” event has a common value base when it comes to the University of Saint Joseph.” 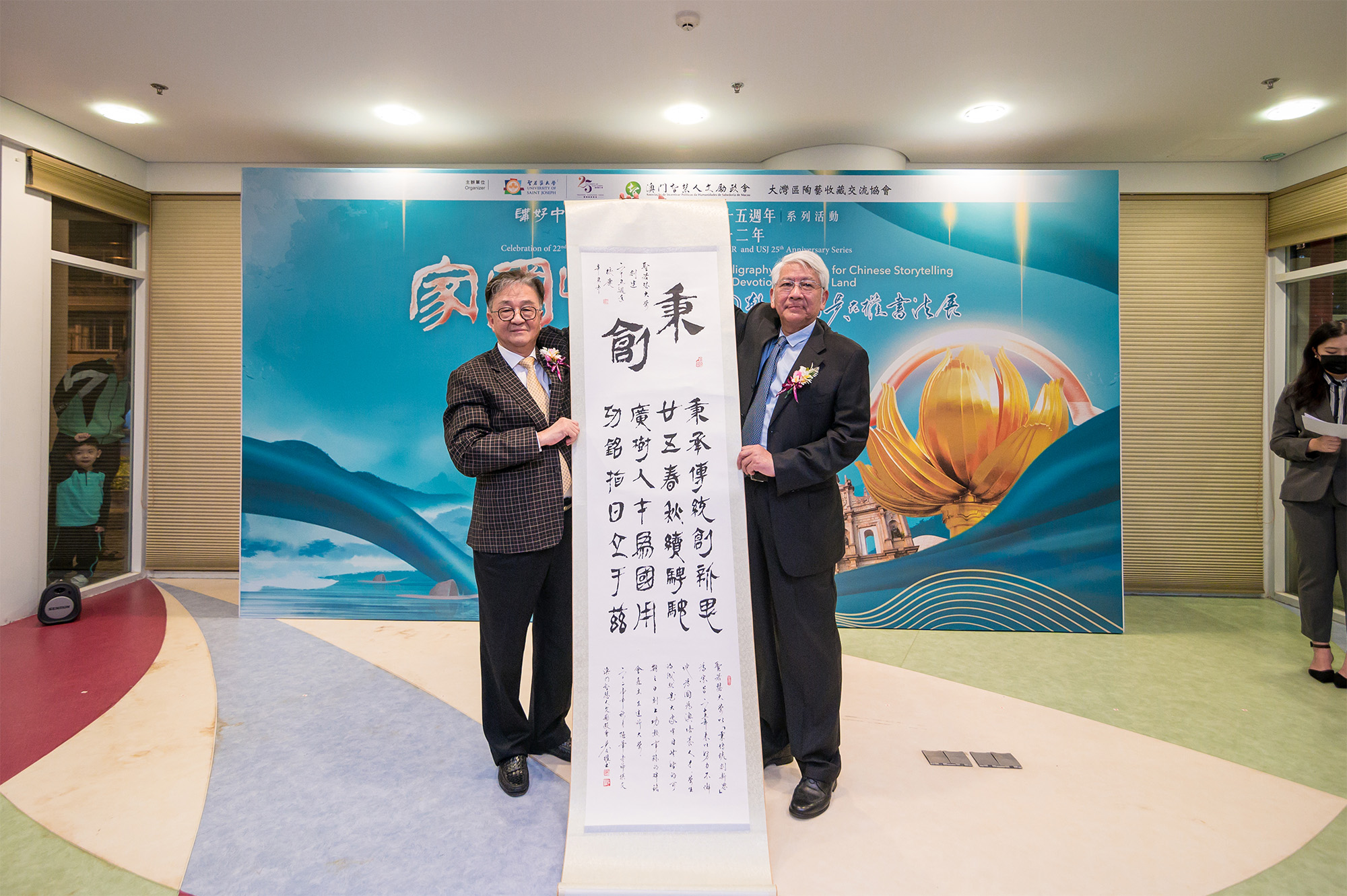 The opening ceremony concluded with Mr. Ung Choi Kun presenting a special gift for USJ – a calligraphy featuring a poem based on USJ’s 25th Anniversary motto – Tradition, Innovation and Vision.