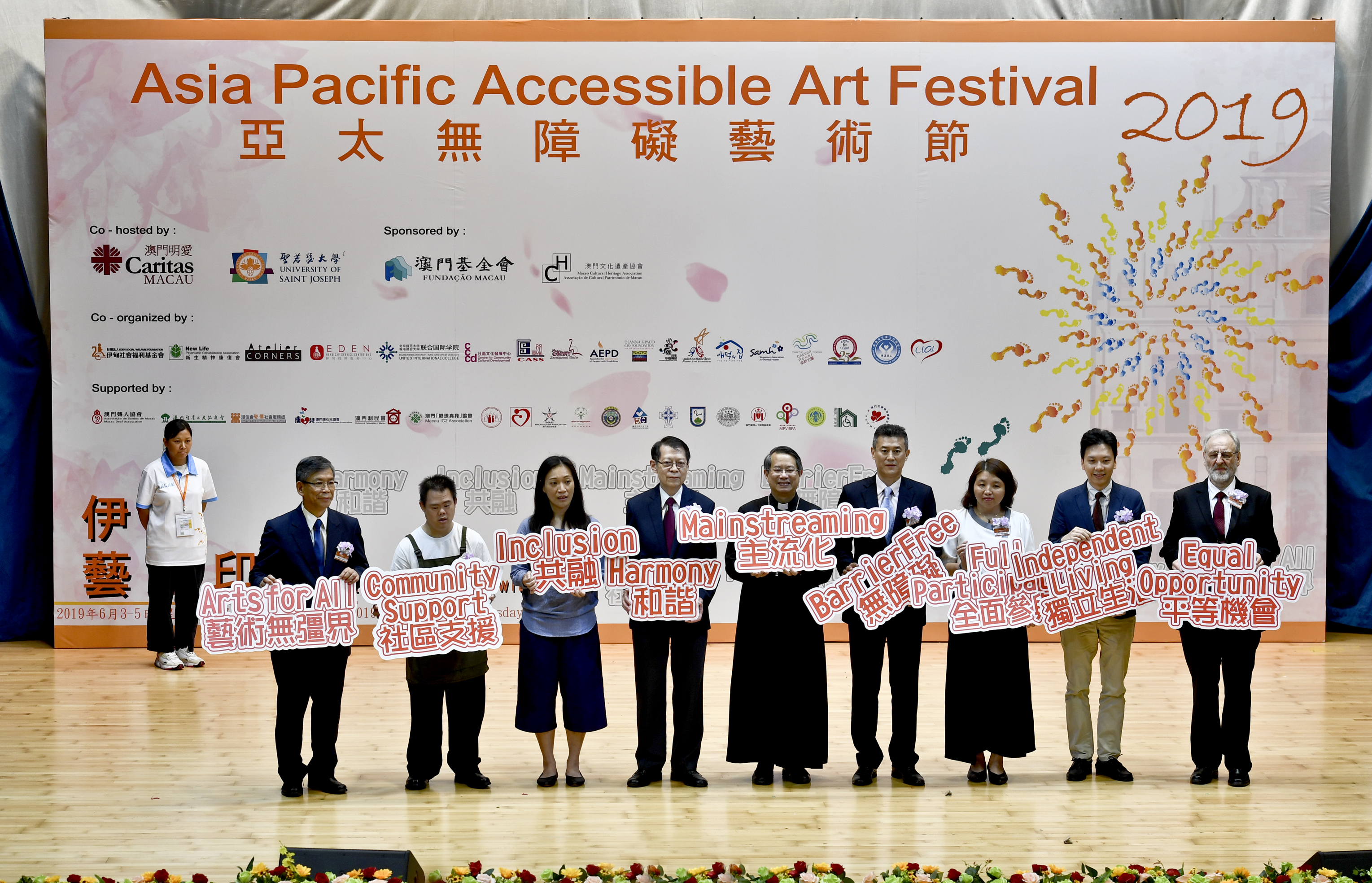 From June 3 to 5, 2019, Caritas Macau and USJ co-hosted the 2019 Asia Pacific Accessible Art Festival at the Ilha Verde Campus

The “Step with Love, Leaps with Art – Asia Pacific Accessible Art Festival 2019”, co-hosted by Caritas Macau and the University of Saint Joseph (USJ), was held from June 3 to 5, 2019. The event attracted forty-one participating and supporting organisations from fifteen countries and territories in the Asia Pacific Region, including Macao. More than 250 people with disabilities and agency representatives attended various activities of the event, which included art workshops and accessible tourism. Over 100 pieces of art works in different styles and from different cultures were displayed at USJ’s Ilha Verde Campus.

In order to highlight the basic rights of people with disabilities to enjoy arts and cultural creativity, the “Step with Love, Leaps with Art – Asia Pacific Accessible Art Festival” has been held in Taiwan, Hong Kong and Macao since 2016. Through a series of exchange activities, it helps to establish an art and cultural sharing platform for people with disabilities in Asia and the Pacific, strengthen cultural interaction and inheritance across the region, and enhance cooperation among non-governmental organisations in neighbouring areas.

Mr. Paul PUN, Secretary General of Caritas Macau, said that art is widely inclusive and allows everyone to participate. Through the art platform, it can promote mutual communication and relationship. Some individuals with disabilities may not know how to express their inner feelings in words, but through arts they are able to reflect and express their emotions so that others can understand their feelings better. Arts can enrich the mental world and it can be presented through works of art, enabling people to have a more integrative and fulfilling life.

Prof. Keith MORRISON, Acting Rector of USJ, pointed out that the event, held at the USJ, was very meaningful as it is in line with the University’s strategic development to foster inclusiveness, fairness and respectful diversity in the community life of the University, particularly, to ensure equity and transparency in procedures governing access, opportunities and treatment of all, regardless of healthy or students with disabilities suffering from various difficulties. He also said that the perseverance, commitment, friendliness of the students with disabilities, who participated in the University’s programme in the past, as well as their contribution to the society, not only gave him a deep impression, but also enriched the lives of others.

At the opening ceremony, Mr. CHAN Ka Keong, who is legally blind, performed a piano solo of two melodious songs. His exquisite accomplishments won warm applause from the audience, while the dance performance of Escola Caritas de Macau pushed the lively atmosphere to a climax.

On June 3 and 4, 143 pieces of art works including paintings, knots, accessories, wood carvings etc. created by people with disabilities are being displayed at USJ’s Ilha Verde Campus. During the closing activity, it was announced that Thailand will host the 2020 APAAF.

The event was sponsored by the Macao Foundation and the Macao Cultural Heritage Association. 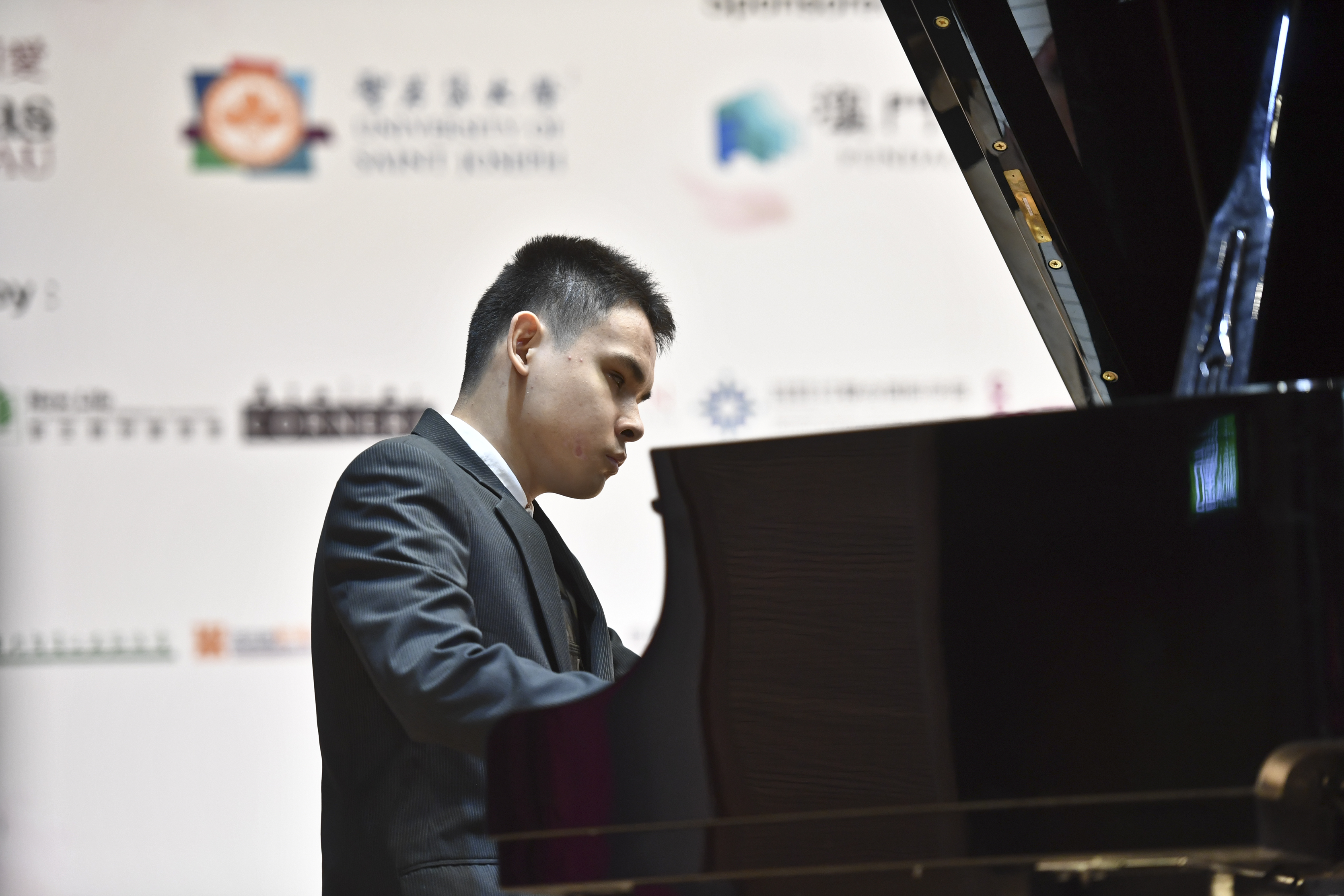 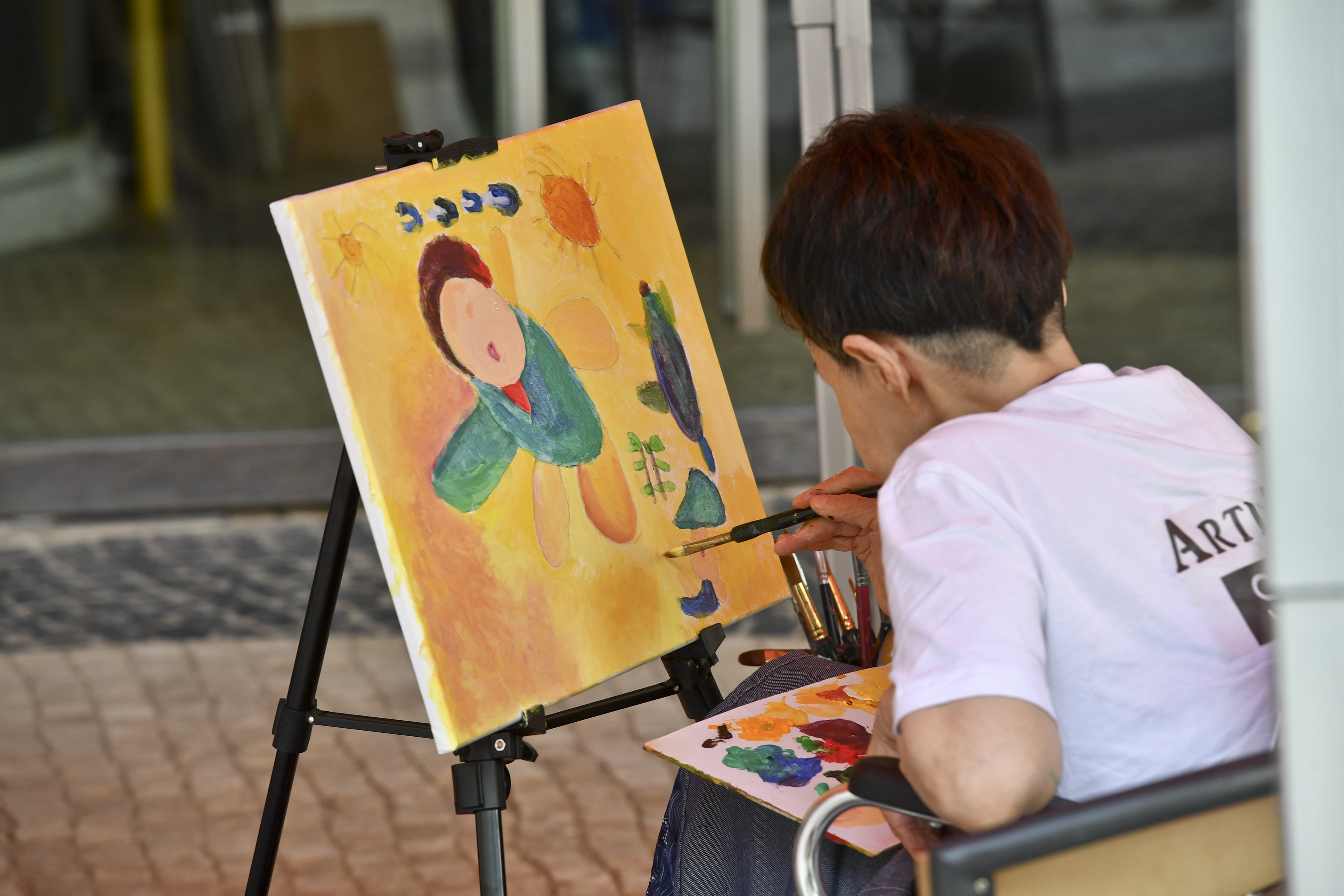