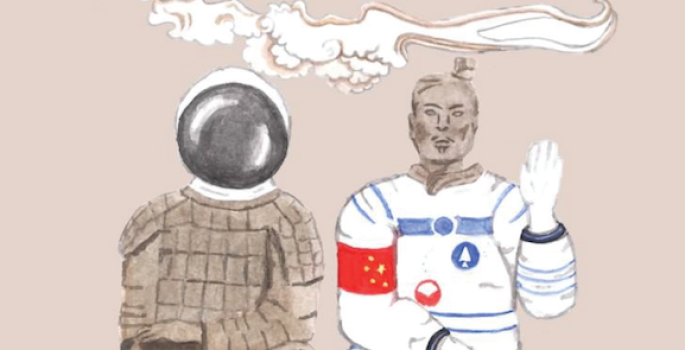 Public Lecture: China Imagined: From Western Fantasy to Spectacular Power by FHM on 28th May 2018 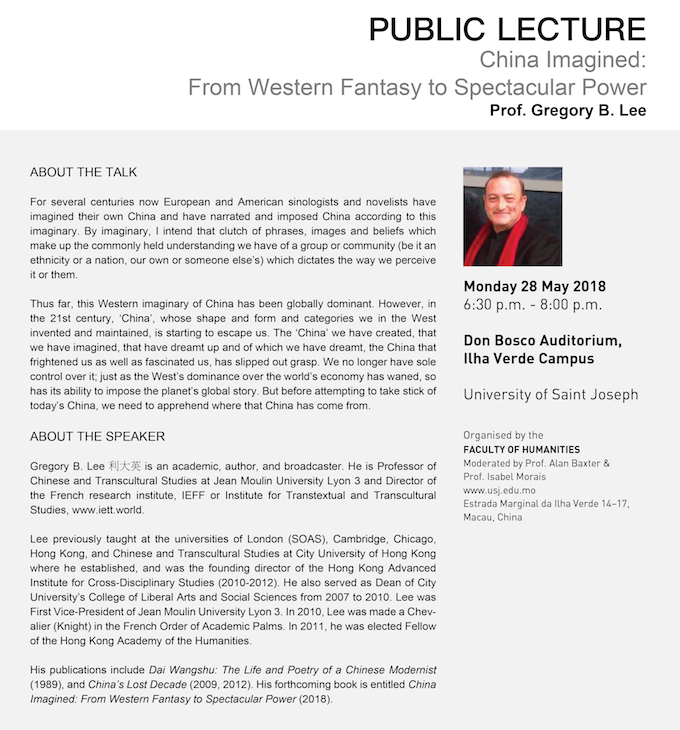 For several centuries now European and American sinologists and novelists have imagined their own China and have narrated and imposed China according to this imaginary. By imaginary, I intend that clutch of phrases, images and beliefs which make up the commonly held understanding we have of a group or community (be it an ethnicity or a nation, our own or someone else’s) which dictates the way we perceive it or them.

Thus far, this Western imaginary of China has been globally dominant. However, in the 21st century, ‘China’, whose shape and form and categories we in the West  invented and maintained, is starting to escape us. The ‘China’ we have created, that we have imagined, that have dreamt up and of which we have dreamt, the China that frightened us as well as fascinated us, has slipped out grasp. We no longer have sole control over it; just as the West’s dominance over the world’s economy has waned, so has its ability to impose the planet’s global story. But before attempting to take stick of today’s China, we need to apprehend where that China has come from.

Lee previously taught at the universities of London (SOAS), Cambridge, Chicago, Hong Kong, and Chinese and Transcultural Studies at City University of Hong Kong where he established, and was the founding director of the Hong Kong Advanced Institute for Cross-Disciplinary Studies (2010-2012). He also served as Dean of City University’s College of Liberal Arts and Social Sciences from 2007 to 2010. Lee was First Vice-President of Jean Moulin University Lyon 3. In 2010, Lee was made a Chevalier (Knight) in the French Order of Academic Palms. In 2011, he was elected Fellow of the Hong Kong Academy of the Humanities.

His publications include Dai Wangshu: The Life and Poetry of a Chinese Modernist (1989), and China’s Lost Decade (2009, 2012). His forthcoming book is entitled China Imagined: From Western Fantasy to Spectacular Power (2018).