The publication in 1916 of Saussure’s Cours de Linguistique Générale introduces for the first time some of the most basic operational concepts, such the linguistic sign, arbitrariness, the distinctions between language and speech, diachrony vs. synchrony, etc., which today we all take for granted. The Cours marks the launching of modern synchronic linguistics as a discipline completely autonomous from what had been done throughout the 19th century. But, although credited with being the father of linguistic Structuralism, Saussure was, in fact, an Junggrammatiker and a fellow companion of important philologists such as Brugmann or Delbrück. In 1878, while still a student, Saussure draw the basic structural lines of what today is known as the Laryngeal Theory, still one of the most complex philological issues one has to fight with. His genius manifested itself not only in his avant-garde views but perhaps more in how he got there.

Prof. Roberto Ceolin, MA (Conim.), MPhil, DPhil (Oxon.) was educated in Coimbra, Salamanca, Salzburg and Oxford. He wrote his doctoral thesis on the Greek verb. He has taught Latin and Greek, as well as courses on historical and synchronic linguistics, in Salamanca, Salzburg and Oxford. At present, he teaches ancient languages at the Faculty of Religious Studies and Philosophy at USJ, Macau. 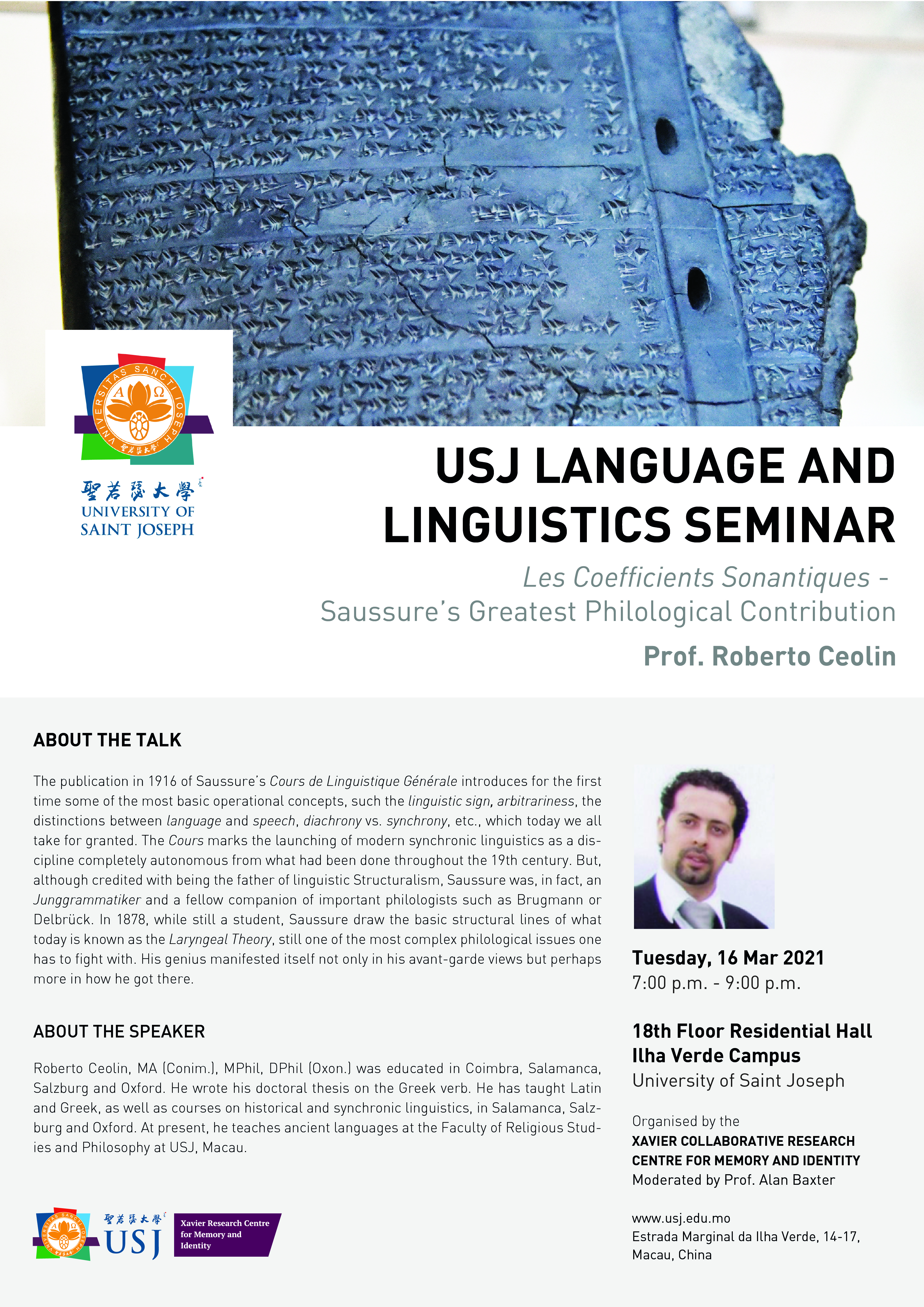