MRI Forum: “From Confucius to Zhu Xi: the adoption of Neo-Confucianism by the Jesuit François Noël in his Philosophia Sinica (1711)”

MRI Online Public Forum: “From Confucius to Zhu Xi: the adoption of Neo-Confucianism by the Jesuit François Noël in his Philosophia Sinica (1711)” on the 17th of March 2021.

Since Matteo Ricci, Jesuits in China had recognized an authentic discourse on God in the writings of Confucius and of his school, opening a fruitful venue for Christianity to take roots in Chinese culture. However, since Ricci, the missionaries and the Chinese Christians had rejected the School of Principle of Zhu Xi and its concepts of Taiji, Li, Qi and guishen. In his Philosophia Sinica (1711), François Noël argued that Neo-confucianism continued and deepened the ancient discourse on God, and he accepts Taiji as a legitimate concept for God in the philosophical sense. Why was Noël able to examine afresh Neo-confucianism? How he did it? What are the consequences for Christian theology? Those questions are like an invitation to go forward in the dialogue between Confucianism and Christianity in the 21st centrury.

Thierry Meynard S.J. 梅謙立, born in France in 1963, is currently professor and PhD director at the philosophy department of Sun Yat-Sen University, Guangzhou, where he teaches Western Philosophy and Latin Classics. He is also the director of the Archive for the Introduction of Western Knowledge. In 2012-2014, he was director of The Beijing Center for Chinese Studies, a study program established by the Jesuits in 1998. In 2003, he obtained his PhD in Philosophy from Peking University, presenting a thesis on Liang Shuming. From 2003 to 2006, he taught philosophy at Fordham University, New York. Since 2006, he is a member of the Macau Ricci Institute. He has authored in English language: The Jesuit Reading of Confucius (2015), The Religious Philosophy of Liang Shuming (2011), Confucius Sinarum Philosophus (2011), and co-edited with Pan Dawei, Giulio Aleni, A Brief Introduction to the Study of Human Nature (2020). 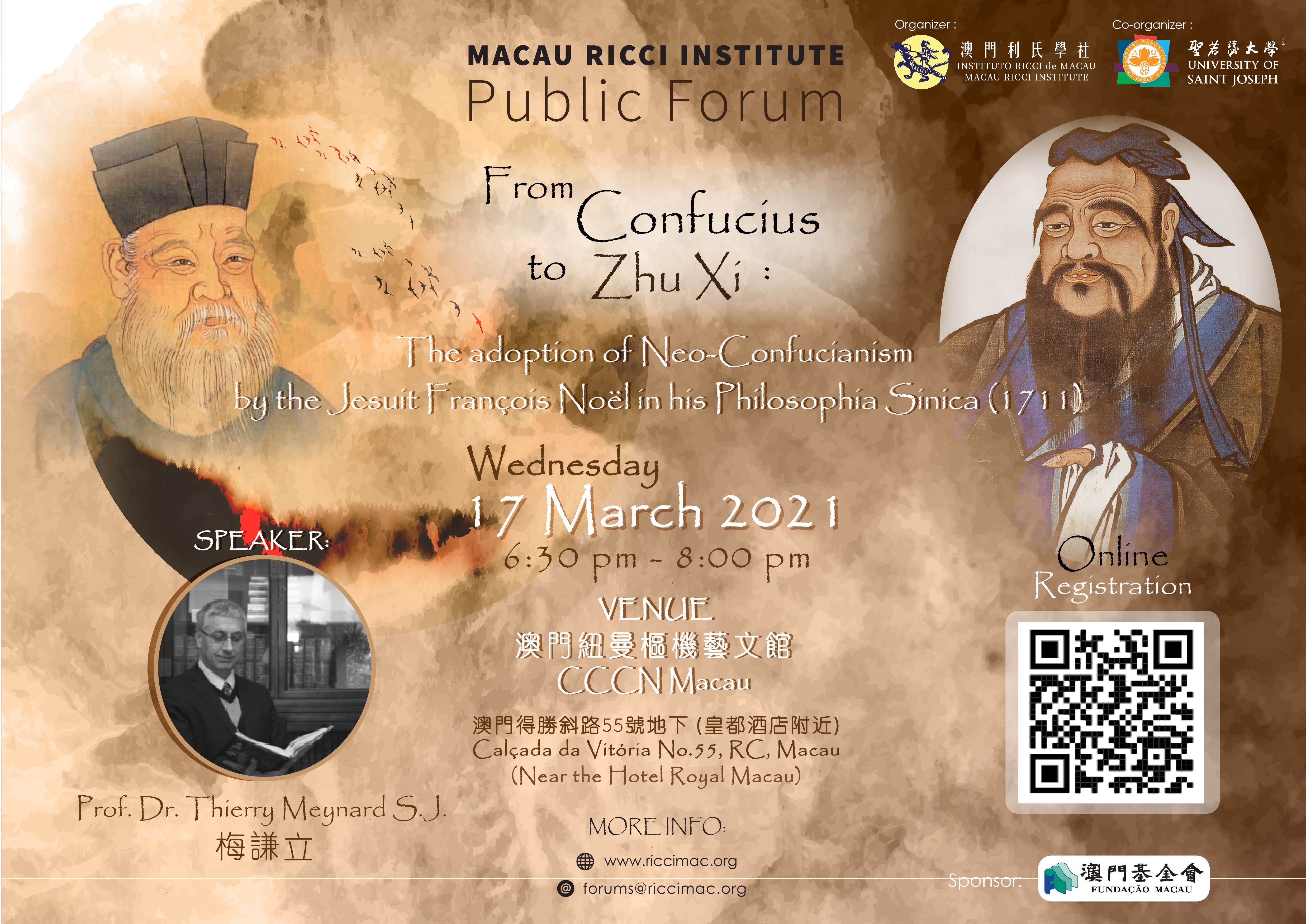