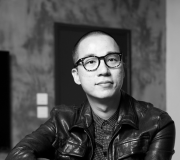 Mann Lao is the founder of Chiii Design and a post 80’s generation Macau representative branding designer. He was invited as the committee and organizer in numerous international competitions in Japan, Taiwan, Macau and China. It has developed his company Chiii Design as the first Chinese (Macau) design team that has presence in the markets of Hong Kong, Mainland China, the United Kingdom, the United States, Canada and South East Asia at the same time in 5 years.