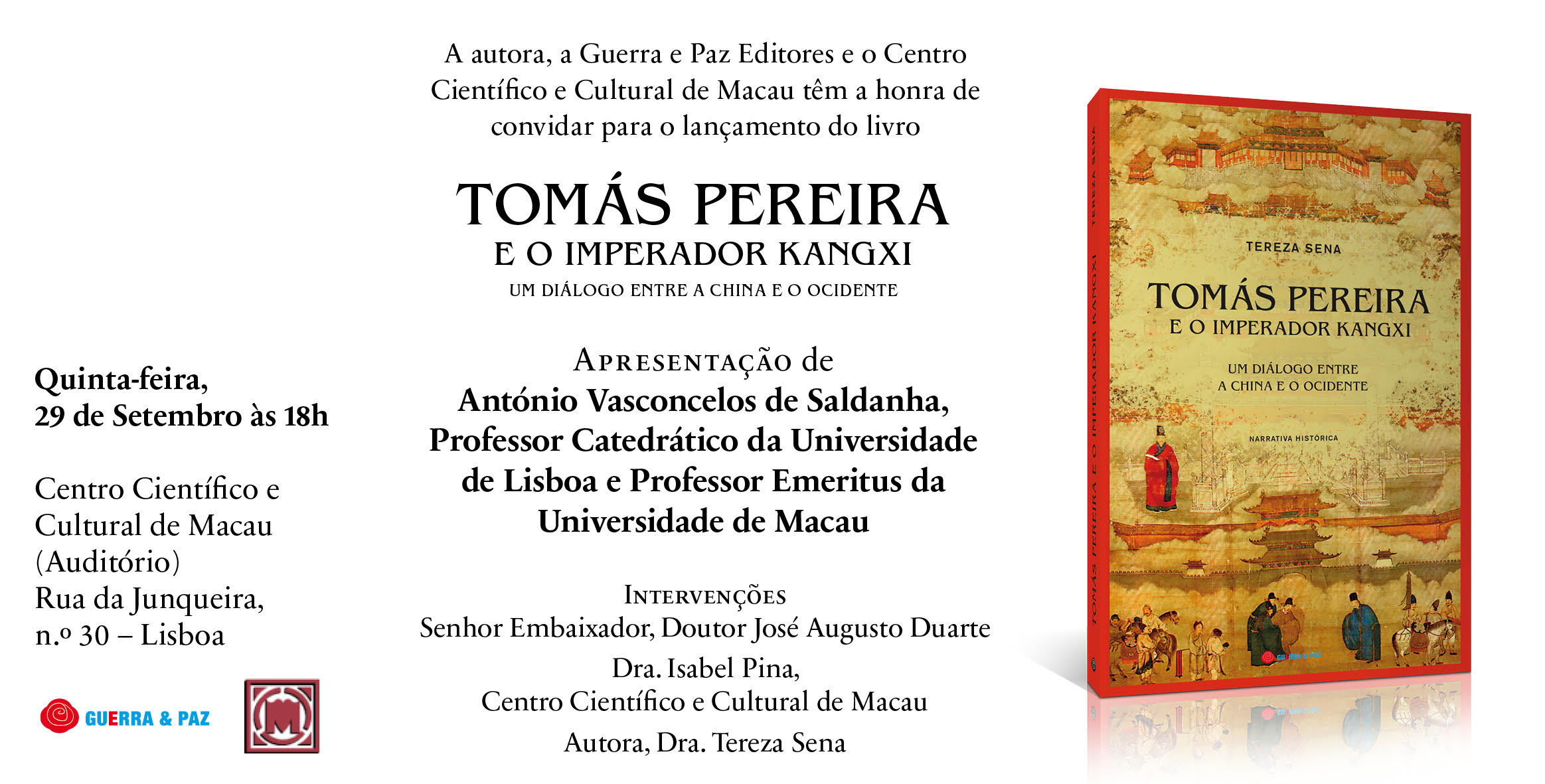 Prof. Tereza Sena, Adjunct Senior Research Fellow at the Xavier Research Centre for Memory and Identity of the Faculty of Arts and Humanities at the University of Saint Joseph (USJ), is launching her latest book titled “Tomás Pereira e o Emperor Kangxi. Um Diálogo entre a China e o Ocidente” (“Tomás Pereira and Emperor Kangxi. A dialogue between China and the West”) on the 29th of September, 2022, at the Macau Scientific and Cultural Centre (CCCM) in Lisbon, Portugal.

Since 1988, Prof. Sena has devoted herself to developing research related to the Jesuit China Mission in the late seventeenth century and the study of the historiography and history, culture and literature of Macao, including themes such as political autonomy; history of translation, the city’s intermediary role in the international trade of South China; foreigners at Macao; Macao’s Cemeteries; Macao-Siam relations; missionary activity in China, and Siam and continental Southeast Asia. Her academic activities have a strong international dimension, having involved several research projects, lecturing and publishing extensively (over 60 titles), in Macao, China, Portugal, USA, Germany, Italy, Thailand, Hong-Kong, Japan, Poland and Hungary. For her research, she has won three awards: in Portugal (1994, 1st prize) and Macau/PRC (2015 and 2018, Merit Prize, for a Monograph study).

Of what we know, Tomás Pereira was born in São Martinho do Vale (Vila Nova de Famalicão), but little to nothing else is known about his life before he arrived onto the pages of world history. This book, then, paints a plausible narrative of Pereira’s life prior to when we know our protagonist definitively enters the scene. The book attempts to kindle curiosity and hold the reader’s interest through not only the manipulation of time, as in all history, but everything else as well: facts, ideas, readings, situations, and feelings, by breathing life into the unusual story of this 1600s Portuguese Jesuit, who made a name for himself serving the Chinese Emperor Kangxi, to whom he taught European music and from whom he learned admiration and trust. 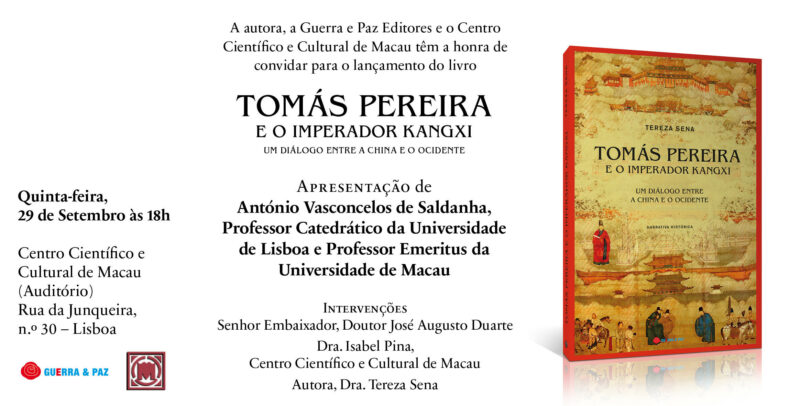