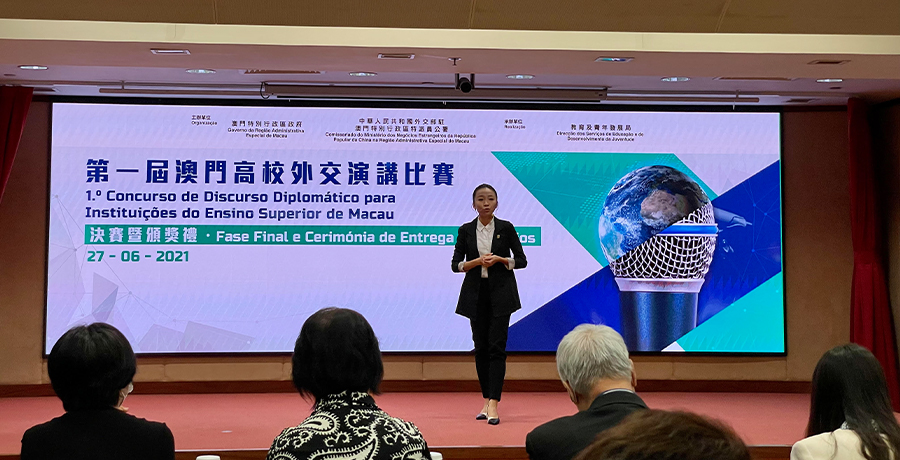 In celebration of the 100th anniversary of the Communist Party of China’s founding, the finale of the First Macao Ambassador Speech Contest, co-organised by the Office of the Commissioner of The Ministry of Foreign Affairs of the People’s Republic of China in the Macao Special Administrative Region and the Macao Special Administrative Region Government, was successfully held on June 27 afternoon at the Macao Education and Youth Development Bureau.

Ms. Kong, from the Bachelor of Arts in Portuguese-Chinese Translation Studies gave a speech titled “Adding a Stroke of Chinese Red in the Center of the World’s Painted Scroll”. The stroke of red, symbolising the national flag, currency, and festive colour of Chinese culture, is added to the world’s scroll to represent the influence of China’s development on the rest of the world. Kong said that it was her first time to participate in this kind of speech contest and she benefited from it a lot, despite initially feeling stressed. She made friends with contestants from other colleges and universities and learned from them throughout the contest, while also greatly improving her public speaking skills. She also improved her understanding of the history of China’s development while preparing the materials for her speech. Students from Macau University of Science and Technology, Macau Security Forces Training College and Macao Polytechnic Institute won first, second, and third place, respectively.

The organisers also invited Liu Xianfa at the Office of the Commissioner of the Ministry of Foreign Affairs of the People’s Republic of China in the Macao Special Administrative Region, Ouyang Yu, Secretary for Social Affairs and Culture of the Macao Special Administrative Region Government, Xu Ting, Director of the Department of Education and Youth Affairs of the Liaison Office of the Central People’s Government in the Macao SAR, and Lou Pak Sang, Director of Macao Education and Youth Development Bureau of the Macao Special Administrative Region Government and other guests to attend the award ceremony to present awards to the winners. Prof. Zhou Mengyuan, Programme Coordinator for the Bachelor of Arts in Portuguese-Chinese Translation Studies (USJ Faculty of Arts and Humanities), was also invited to serve as a contest judge. 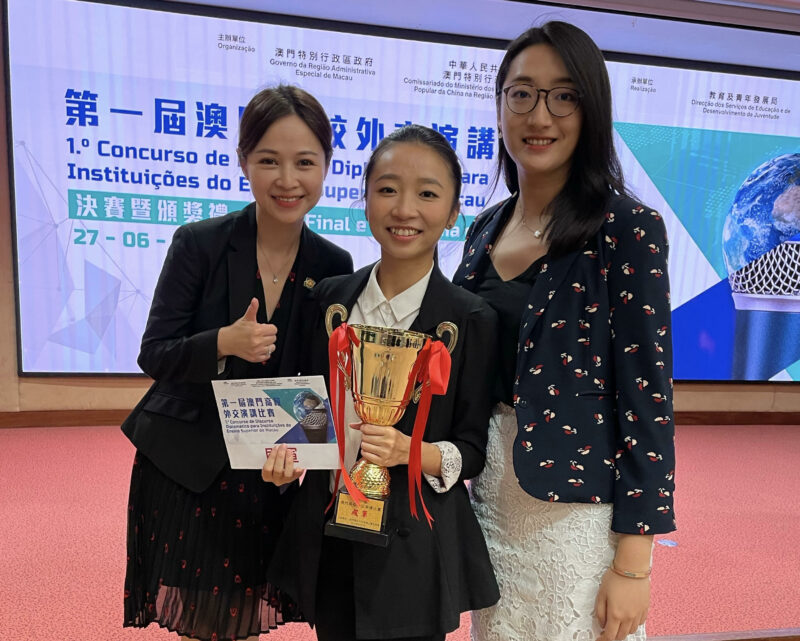 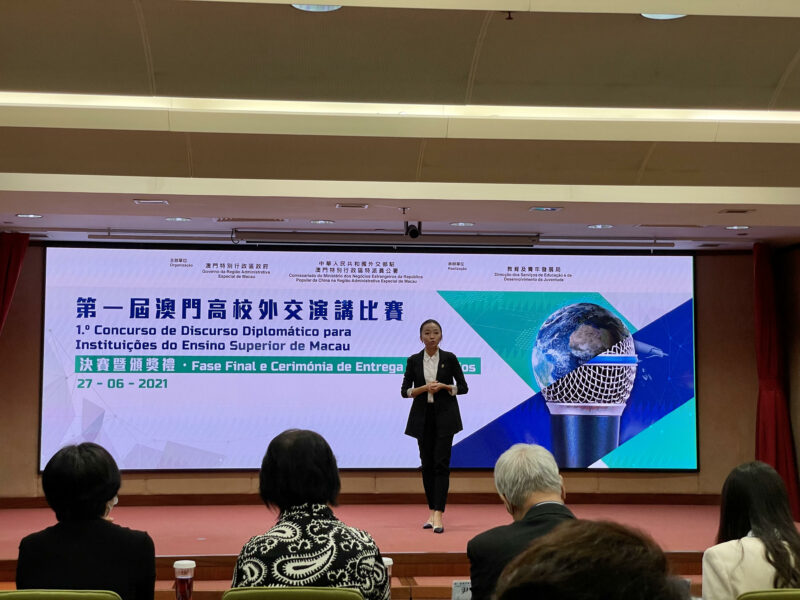