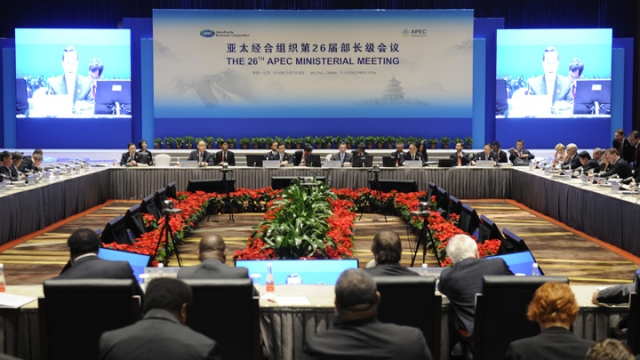 On 27 November , Prof. Vincent Yang of USJ was interviewed by the official China Radio International to comment on a Ministry of Foreign Affairs of China press conference and the ongoing “Operation Fox Hunt 2014” of China. At a special press conference on Nov. 26, the MFA urged foreign governments to help China to resolve the problem of corrupted fugitives hiding overseas. Since July, through “Operation Fox Hunt 2014”, Chinese law enforcement agencies have managed to bring back nearly 300 fugitives. It is widely believed that thousands more are still hiding overseas. On Nov. 9, the Beijing APEC conference adopted a joint declaration of cooperation in combating corruption. In November alone, China’s President Xi Jinping seven times urged foreign governments to send back the fugitives. Cooperation in this field is also required under the United Nations Convention against Corruption. Prof. Yang has worked with leading Chinese and international experts in research projects on implementation of the UNCAC. He has given expert opinions in high-profile fugitive cases in Canada, including the landmark case of China’s most notorious fugitive Lai Cheong Sing (賴昌星). Lai was sent back to China to stand for trial in 2012 after fighting a deportation order for 12 years in Canada.

Here’s the CRI webpage where you can find the MP3 link to listen to the talk.