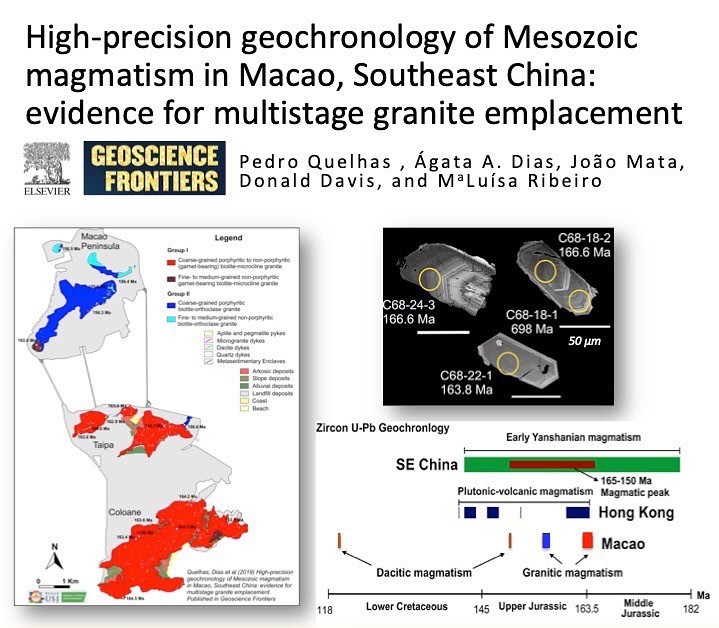 Researchers from the Institute of Science and Environment (ISE) of the University of Saint Joseph have determined, for the first time, Macao’s Age.

Researchers from the Institute of Science and Environment (ISE) of the University of Saint Joseph have determined, for the first time, Macao’s Age. The study, published in Geoscience Frontiers, used state of the art geochronological methods on ancient zircon crystals (one of the toughest minerals on the planet) selected from granitic rocks of Macao to show that the territory was generated during the Jurassic Period, between 156 to 165 million years ago (Ma).

Surprisingly, the territory was not all formed at the same time. It was emplaced during two distinct pulses of magmatism that occurred in Southeast China during the Mesozoic Era (a period where Dinosaurs roamed the Earth), related with north-westward subduction of the Paleo-Pacific plate under the Eurasian plate. The study shows that the islands of Taipa and Coloane were the first to be formed, 165 to 163 Ma, and the Macao island was the last to be generated, 157 to 156 Ma. Later, during the Cretaceous period, those granitic rocks were cut by volcanic dykes (dacitic rocks), with some of the younger dikes being emplaced less than 120 Ma (e.g. “Vale das Borboletas” in Coloane).

Additionally, this work also found that the magmas that later gave origin to the granitic rocks of Macao were produced by the melting of very ancient infra-crustal rocks dated from Archean to Paleo-Proterozoic ages (older than 1600 Ma).

This is the first study about the Geology of Macao published in a peer-reviewed scientific journal and resulted from a research collaboration, initiated in 2015, bringing together scientists from Macao and Portugal. The project (Mag.I.C.) was funded by the Macao Science and Technology Development Fund (FDCT) and coordinated by Professor Ágata Alveirinho Dias, Professor and Researcher at ISE and also a Researcher at Instituto Dom Luiz – IDL – University of Lisbon. It also had the participation of Professor João Mata from IDL as a team member, Pedro Quelhas as a doctoral student of the project, and Dr. Maria Luisa Ribeiro as a consultant.

This work will be also presented in the upcoming international Goldschmidt conference, which will be held in Barcelona in August 2019 (view Abstract here). 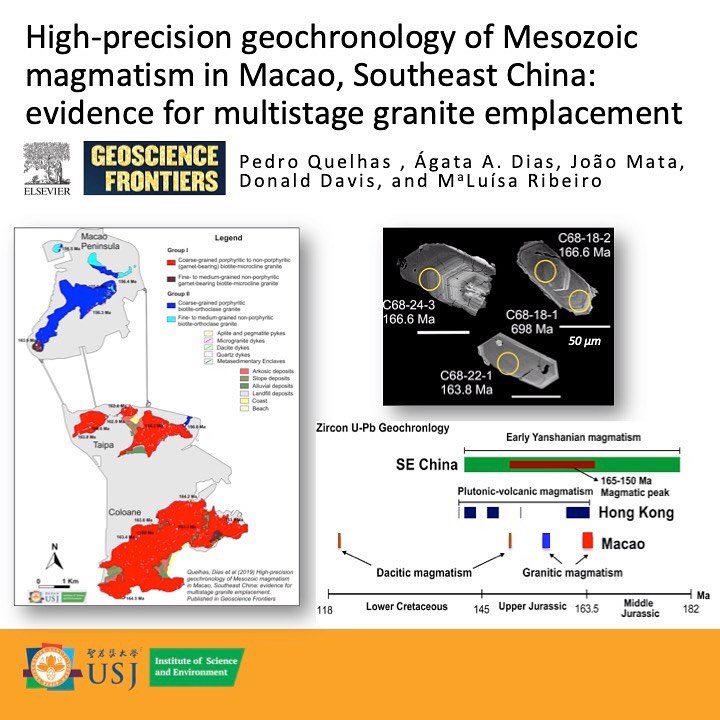