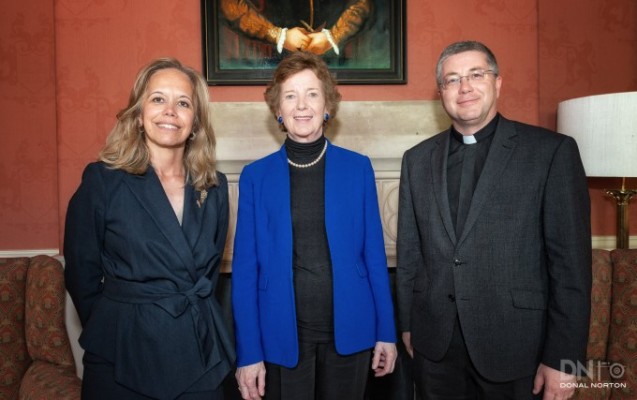 Dr. Isabel Capeloa Gil has been elected as the IFCU president

The first woman President of the International Federation of Catholic Universities (IFCU) has been elected at its 26th General Assembly Meeting in St Patrick’s College Maynooth, Ireland.

Dr. Isabel Capeloa Gil is the Rector of the Catholic University of Portugal (Portugal), a university with 12,000 students across 18 faculties, schools and institutes.

On this occasion, IFCU has renewed its board of administration. You will find its members on this list.

During this 26th General Assembly, the International Federation of Catholic Universities showed its full support and solidarity to the University Community of the Universidad Centroamericana and expressed the hope that a peaceful solution could be found as soon as possible to end the ongoing cycle of violence and human rights abuse in Nicaragua. A minute of silence was observed followed by a standing ovation as a sign of encouragement for our Nicaraguan colleagues.

Finally, we are proud to announce that Boston College (USA) will be hosting the next General Assembly of IFCU in 2021.