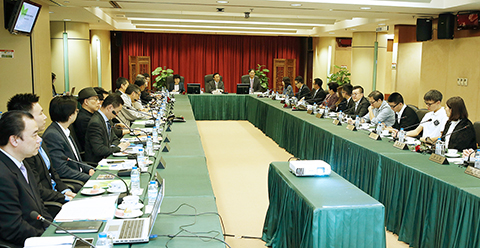 Secretary for Social Affairs and Culture Alexis Tam talked about University of Saint Joseph yesterday about recruiting students from Mainland.

Secretary for Social Affairs and Culture Alexis Tam was asked by the press about the University of Saint Joseph’s (USJ) request to admit students from the mainland, Tam said he believed the university will have “a higher chance of success” [in recruiting students from the mainland] after the construction of its new campus in Ilha Verde is completed.