USJ History and Heritage lecture | The Opium Trade in China: Who was Really Involved?

The Xavier Collaborative Research Centre for Memory and Identity will hold a Public Lecture titled “The Opium Trade in China: Who was Really Involved?” on the 10th of November 2021.

There were a lot of people involved in opium smuggling in China in the eighteenth and nineteenth centuries, but the British usually get most of the blame. Armenians, Parsees, and Muslims who were based in India, and had agents in Canton and Macao, were much involved in the opium trade. By the 1770s, every Portuguese ship in Macao was carrying opium to China. In the 1780s, Americans began arriving and they also became much involved in smuggling. In the 1790s, the Spaniards in Manila joined in the opium smuggling in Macao and the delta. Of course there were many Chinese who purchased and distributed the drug all along the China coast. After Singapore was established in 1819, and Chinese settled in that port, Chinese junks were dispatched from there to China with opium. In 1820, Lintin Island became a smuggling hub where many foreign ships and Chinese junks anchored and engaged in smuggling. In the 1820s, foreign ships and Chinese junks were distributing the drug all along the China coast. Thus, there was no one person to blame for all of this, but rather multiple participants. As I have pointed out in other publications, the Qing government should also be held responsible for allowing all of this to happen. Owing to a lack of monitoring and information in Beijing about the extent of the smuggling in South China, no effective measures were initiated to stop the illicit trade, until it was too late.

Paul A. Van Dyke is a long-time resident of Macao and now a retired professor and historian from Sun Yat-sen University in Guangzhou. He is the author of numerous books and articles on Guangzhou and Macao, including The Canton Trade (2005), Merchants of Canton and Macao, vols. 1 & 2 (2011 & 2016), and Whampoa and the Canton Trade (2020). 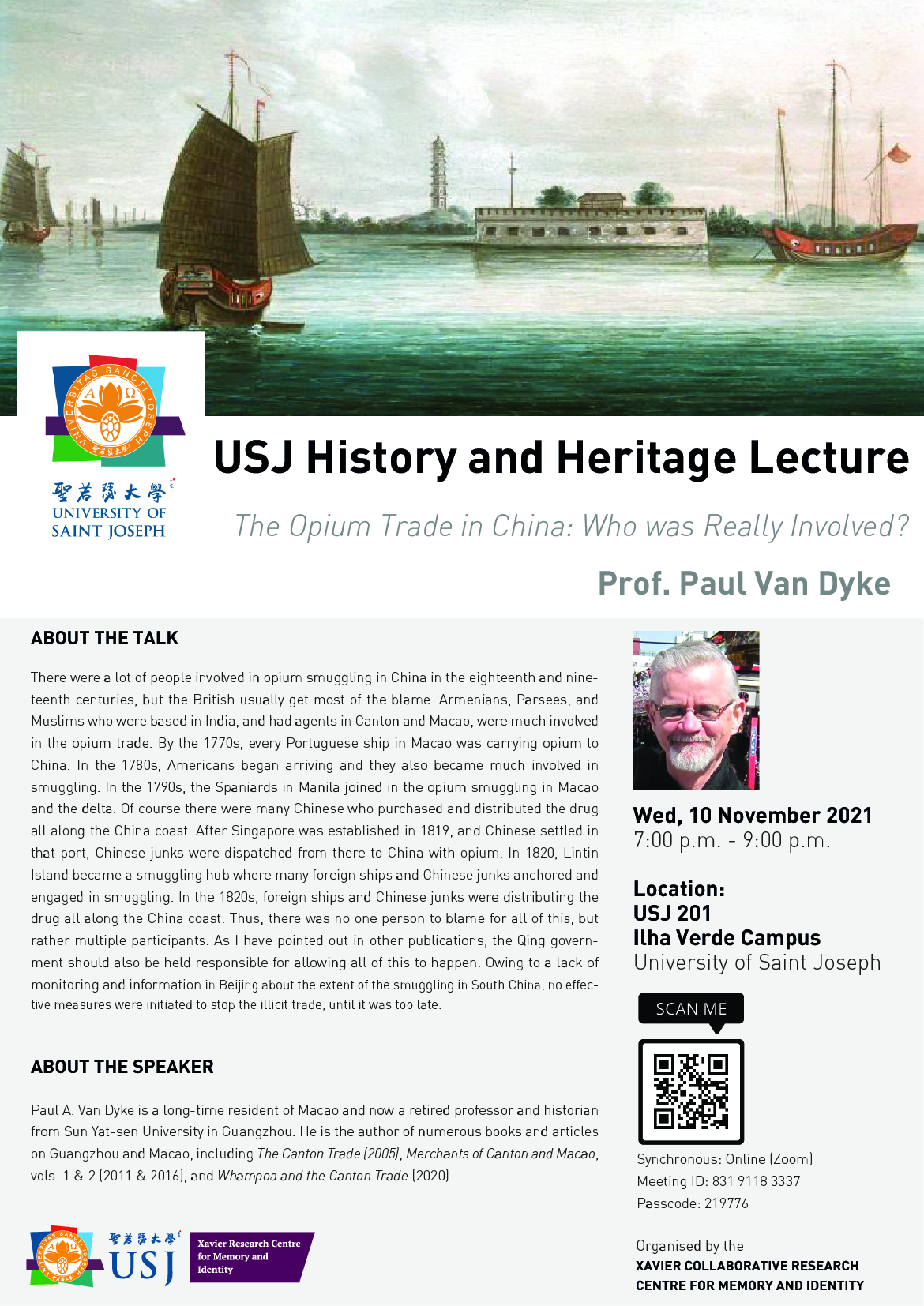