The Xavier Collaborative Research Centre for Memory and Identity will hold a Public Lecture titled “Powerful Weapons in the Service of Trade and God ― Macau and Jesuit support for the Ming cause (1620–1650)” on the 27th of October 2021.

Macau’s military aid to the Ming during China’s Ming-Qing dynastic conflicts is a recurrent issue in Western literature on the China Jesuit mission, although rather excessively supported by discontinuous Jesuit and Chinese accounts. This results in some confusion between different episodes presented both in primary and secondary sources, not to mention the numerical discrepancies usually related to the main purposes behind the production of narrative texts, its origins (e.g. official, religious, private), the public they addressed, and its geographical distribution.

Based on our research concerning a pioneer article published in 1938 by Charles R. Boxer, we will provide an insight into Macau and the Jesuits involvement in such conflicts, yet still advocating the need for a monographic study on the subject, paying closer attention to non-Jesuit sources.

We will show how the well-known Portuguese military potential was used as a stepping-stone argument, and an efficient means, by Macau’s and Jesuit’s diplomacy in defence of their commercial and political interests in China, vis a vis those of the Jesuit China Mission. We will also analyse the role developed by some Jesuits as principal mediators in all this process.

Tereza Sena is presently Adjunct Senior Research Fellow at the Xavier Research Centre for Memory and Identity (XRCMI), Faculty of Humanities, University of Saint Joseph, developing research related to the Jesuit China Mission in the late seventeenth century. Since 1988 she has devoted herself to the study of the historiography and history, culture and literature of Macau, including themes such as political autonomy; history of translation, the city´s intermediary role in the international trade of South China; foreigners at Macau; Macau’s Cemeteries; Macau-Siam relations; missionary activity in China, and Siam and continental Southeast Asia. Her academic activities have a strong international dimension, having involved several research projects, lecturing and publishing extensively (over 60 titles), in Macau, China, Portugal, USA, Germany, Italy, Thailand, Hong-Kong, Japan, Poland and Hungary. For her research, she has won three awards: in Portugal (1994, 1st prize) and Macau/PRC (2015 and 2018, Merit Prize, for a Monograph study). 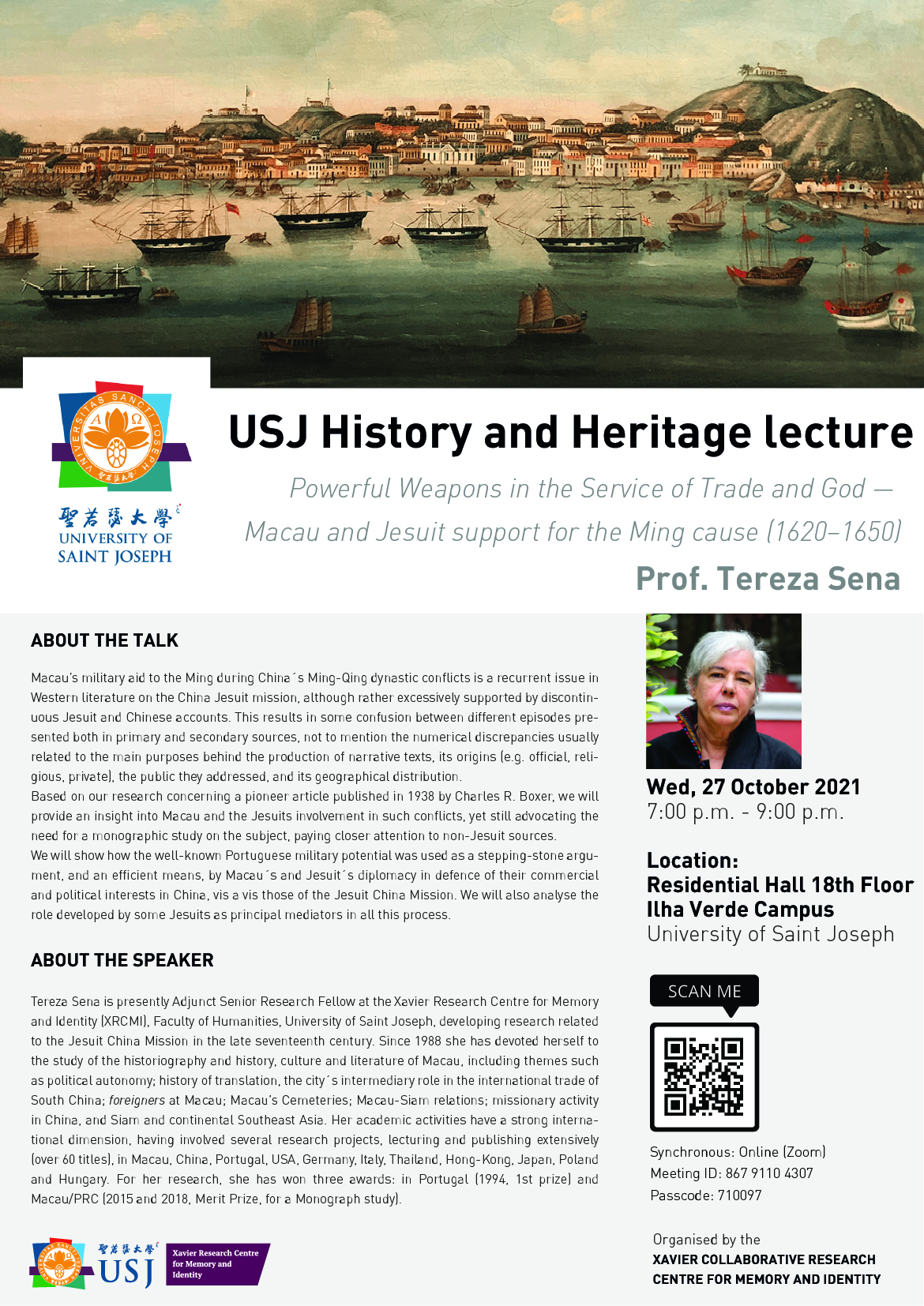