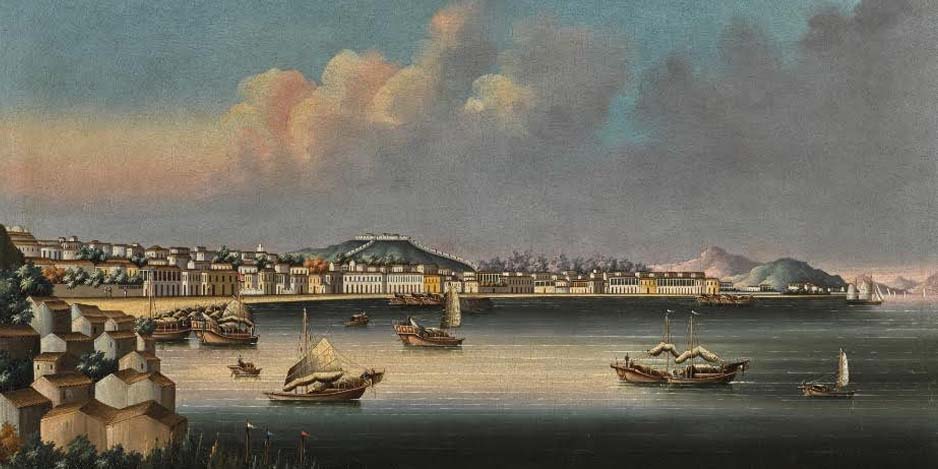 The Xavier Collaborative Research Centre for Memory and Identity will hold a Public Lecture titled “Foreigners (non-Portuguese) in Macau/China — late 18th to mid-20th centuries” on the 24 November, 2021.

Resulting from a continuous Western presence since the mid-sixteenth century, Macau is characterized by a multi-ethnic and multi-cultural diversity; a demographic mobility and a complete dependence from the outside world. This contributed to turning the port-city into a world-meeting place, which, in the long term, made it much more than just a satellite of Canton.

There are separate studies on foreigners in Macau, namely the British, the Americans, the Swedish, the Parsees and Muslims, which emphasize national approaches and reflect ethnic-centred perspectives, neglecting transnational trading partnerships and strategies, personal relations and group commitments. On the one hand, the experiences of the men and women involved are rarely questioned or analyzed from a Macau perspective and/or from the perspective of a group as a Western trading community living and interacting with the city, its authorities, its people, traditions and so on. On the other hand, there is no quantification of these foreigners regarding numerical representation; national, gender and professional distributions; duration of stays/number of visits; mortality, birth rates and life expectancy, among other aspects.

Departing from my previous work on the early Americans in Macau, published in 2004, this lecture adds some preliminary results of ongoing comparative research regarding all foreigners living in Macau from the late eighteenth to mid-twentieth centuries, and aims to achieve a numeric global picture of such individuals and their representativeness in the city.

Tereza Sena is presently Adjunct Senior Research Fellow at the Xavier Research Centre for Memory and Identity (XRCMI), Faculty of Humanities, University of Saint Joseph, developing research related to the Jesuit China Mission in the late seventeenth century. Since 1988 she has devoted herself to the study of the historiography and history, culture and literature of Macau, including themes such as political autonomy; history of translation, the city´s intermediary role in the international trade of South China; foreigners at Macau; Macau’s Cemeteries; Macau-Siam relations; missionary activity in China, and Siam and continental Southeast Asia. Her academic activities have a strong international dimension, having involved several research projects, lecturing and publishing extensively (over 60 titles), in Macau, China, Portugal, USA, Germany, Italy, Thailand, Hong-Kong, Japan, Poland and Hungary. For her research, she has won three awards: in Portugal (1994, 1st prize) and Macau/PRC (2015 and 2018, Merit Prize, for a Monograph study). 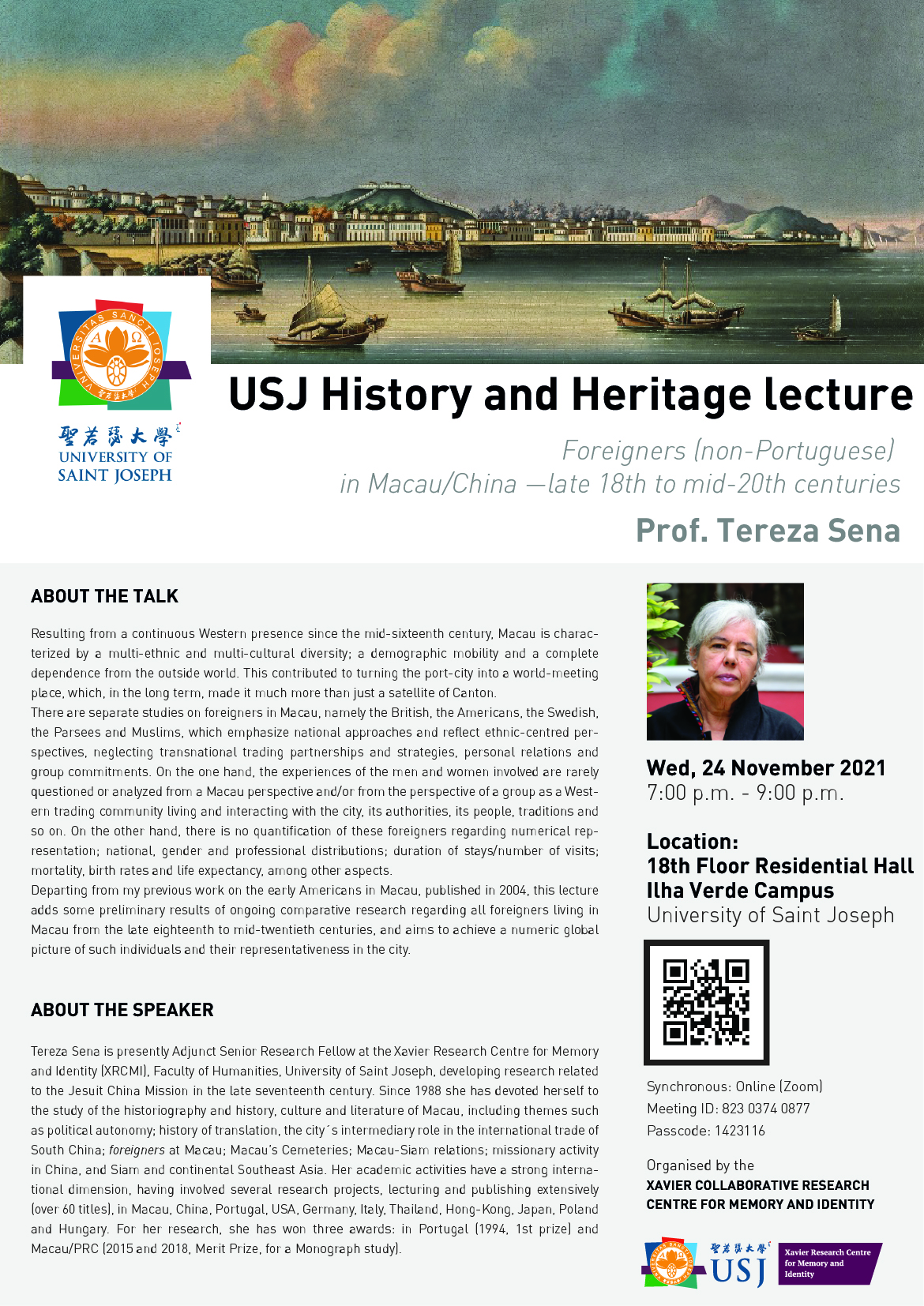