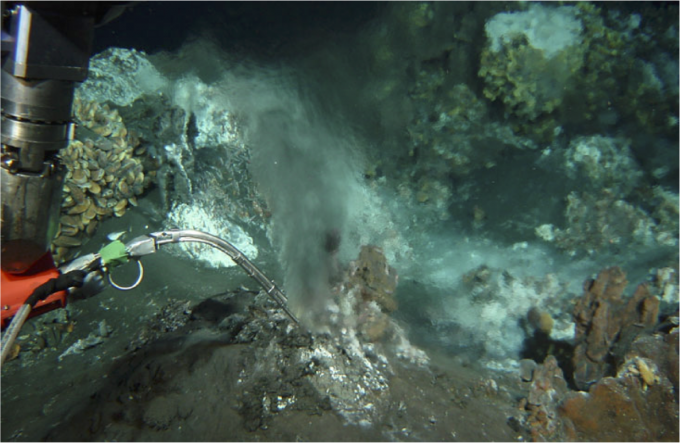 PUBLIC LECTURE: Hydrothermal fields from the Mid-Atlantic Ridge: the role of brecciated rocks in ore formation

The Institute of Science and Environment is organising a public lecture titled Hydrothermal fields from the Mid-Atlantic Ridge: the role of brecciated rocks in ore formation on 26th September 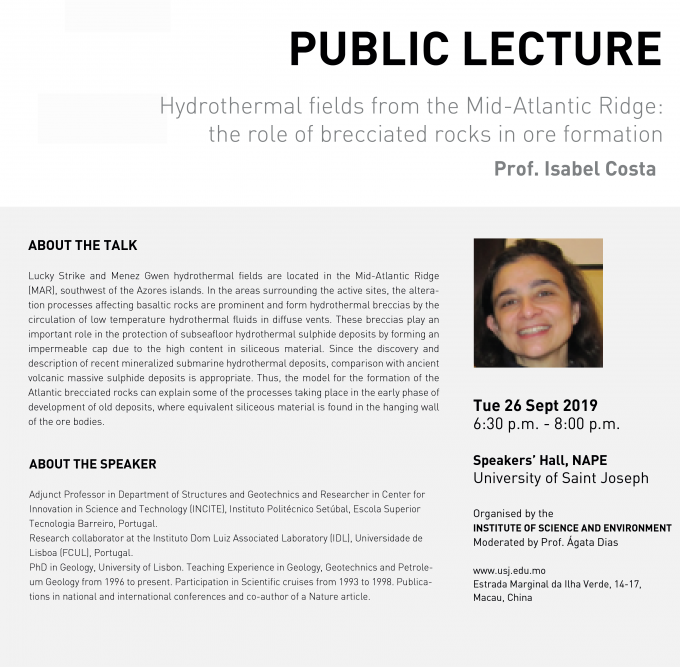 Lucky Strike and Menez Gwen hydrothermal fields are located in the Mid-Atlantic Ridge (MAR), southwest of the Azores islands. In the areas surrounding the active sites, the alteration processes affecting basaltic rocks are prominent and form hydrothermal breccias by the circulation of low temperature hydrothermal fluids in diffuse vents. These breccias play an important role in the protection of subseafloor hydrothermal sulphide deposits by forming an impermeable cap due to the high content in siliceous material. Since the discovery and description of recent mineralized submarine hydrothermal deposits, comparison with ancient volcanic massive sulphide deposits is appropriate. Thus, the model for the formation of the Atlantic brecciated rocks can explain some of the processes taking place in the early phase of development of old deposits, where equivalent siliceous material is found in the hanging wall of the ore bodies.

Adjunct Professor in Department of Structures and Geotechnics and Researcher in Center for Innovation in Science and Technology (INCITE), Instituto Politécnico Setúbal, Escola Superior Tecnologia Barreiro, Portugal. Research collaborator at the Instituto Dom Luiz Associated Laboratory (IDL), Universidade de Lisboa (FCUL), Portugal. PhD in Geology, University of Lisbon. Teaching Experience in Geology, Geotechnics and Petroleum Geology from 1996 to present. Participation in Scientific cruises from 1993 to 1998. Publications in national and international conferences and co-author of a Nature article.