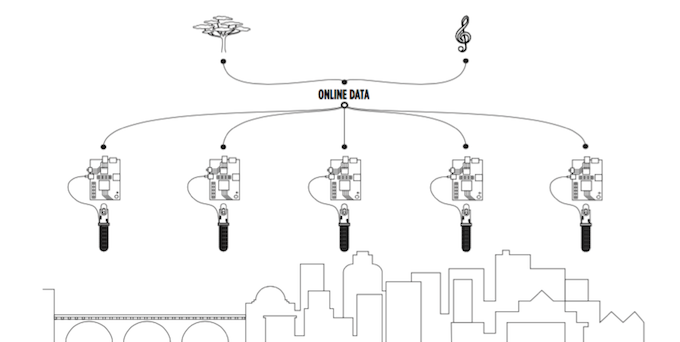 Public Lecture: Composing with Soundscapes Capturing and Analysing Urban Audio for a Raw Musical Interpretation by FCI on 20th May 2016 The sound environment is increasingly more relevant in contemporary culture. It is a ‘picture’ of a place, an X-ray of its character and activities, shapeless and amorphous, whilst full of meanings and subtleties. The research project of exploratory nature presented, emerge from the desire to find ways to use soundscapes as source material for significant artistic achievements. It studies the capture and catalog the sound ambient, its ecological decryption and specifically in its approach to artistic application. As such the proposal is an artistic reinterpretation of sonic material that surrounds us, and how it influences us.

José Alberto Gomes was in Porto, Portugal in 1983. In 2007 completed a degree in Composition at the School of Music and Performing Arts. Created strong bonds with new technological possibilities and the role of music in music theater, film, installations and electronic improvisation, taking particular interest in seeking new ways and new musical “places”. Has completed his PhD in Computer Music at Catholic University with a FCT scholarship, with the thesis “Composing with Soundscapes: Capturing and Analysing Urban Audio for a Raw Musical Interpretation”. He is the curator of the project Digitópia Casa da Música were investigate and guides a number of workshops in computer music creation and performances. He is a professor in the Composition course at ESMAE-IPP and invited professor at Minho University, Portugal. He performs regularly in public projects both in solo and group projects (ex. Blac Koyote, Digitópia Collective, Srosh Ensemble, Hans-Joachim Roedelius). He is creator in music and sound design for theater plays and videos (ex. Cidade Doming – Oficina Theater, Prometeu – Animated Forms Theatre, Ínsua – Ruptura Silenciosa productions); creation and programming interactive sound installations (ex. A Perpetuação do tempo sob o presente – 23.03/Journées Européennes du Patrimoine, Re-Interpretação Urbana – Serralves Foundation, Substantive Derivative – Emiliano Zelada/Ingresso Pericoloso ); and composing for electronic and instrumental ensembles (ex. Drumming GP, factorE, Studio Orchestra/Guimarães 2012 European Capital of Culture).