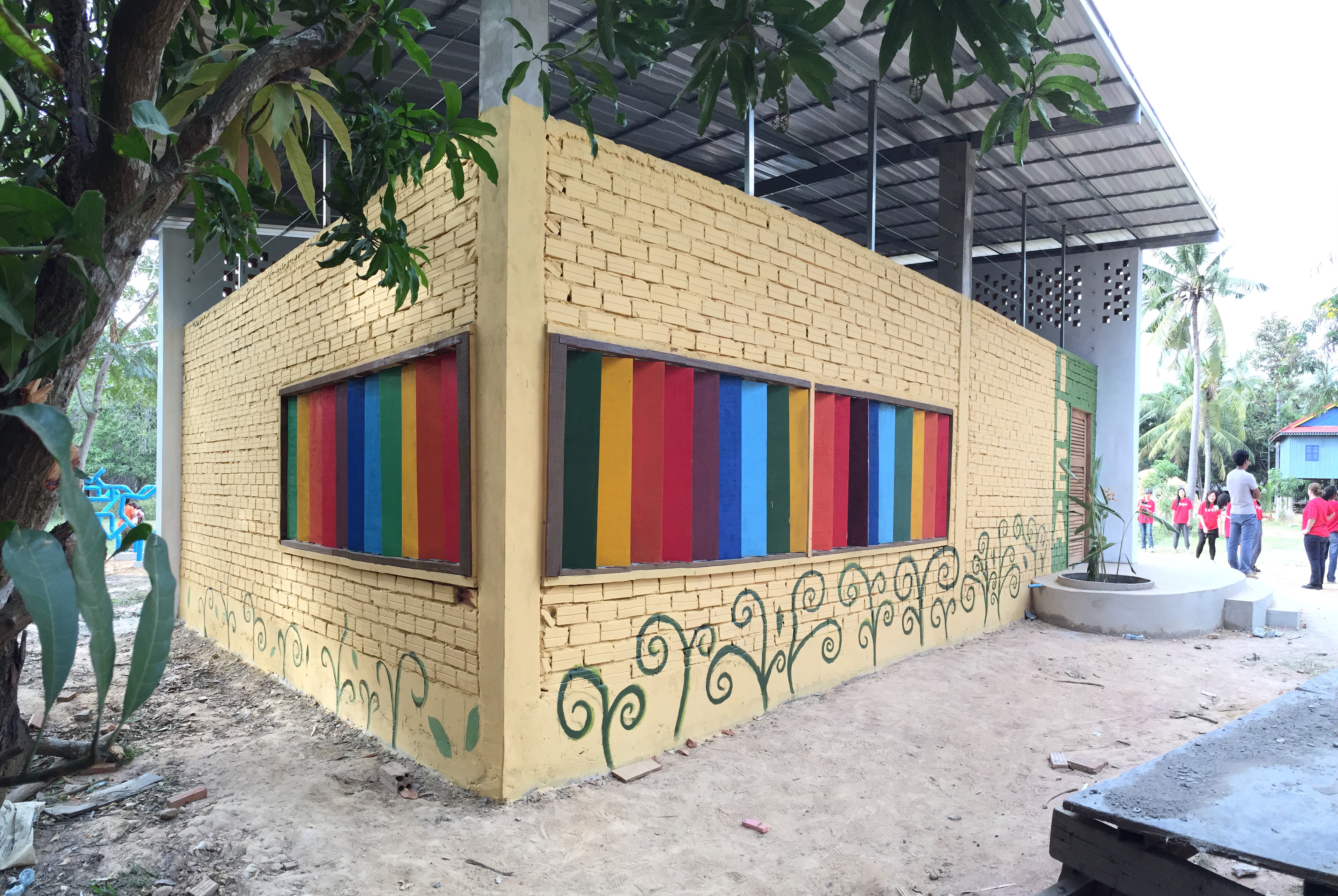 On November 8th, 2013, typhoon Haiyan devastated portions of Southeast Asia, particularly in the Philippines. Figures from 14 February 2014 estimated that in the Philippines, over 6000 had been killed and 28,600 injured…

1 Feb – Ponte 9, Center for Architecture and Urbanism (View on Maps)

On November 8th, 2013, typhoon Haiyan devastated portions of Southeast Asia, particularly in the Philippines. Figures from 14 February 2014 estimated that in the Philippines, over 6000 had been killed and 28,600 injured.The sheer size of this natural disaster with its brutally devastating consequences on 14.1 million people (including 5 million school-aged children) has galvanized Macau’s civil society: professionals from different fields representing the non-governmental organization Architecture Sans Frontières Macau (ASF-M), the University of Saint Joseph, Macau’s catholic community, Macau Rotary Central, local and international schools have gathered around the idea of rebuilding schools, health clinics and other community buildings.Almost one year after it hit the Philippines, signs of the devastation caused by typhoon Hay an are still visible across the country’s affected urban and rural landscapes. Earlier assessments reported extensive damage to infrastructure and public buildings, including the destruction of a large number of elementary and high schools that lay in the path of the typhoon. The Western Visayas islanders haven’t also been forefront recipients of international aid- although the world pledged to assist, financial aid to the victims can best be described as a “very slow trickle’.An assessment mission to Roxas City (Capiz Province) led by members of the Macau NGO- Architecture Sans Frontieres- was carried out: 7 schools were visited and their overall conditions and most urgent needs assessed. Mission findings were shared with the United Nations Office for the Coordination of Humanitarian Affairs in the Philippines and with Shelter Cluster a mechanism coordinated by the International federation of Red Cross and Red Crescent Societies (IFRC) to support people affected by natural disasters and conflicts.

Based on the assessment mission’s report ASF-M board decided to prioritize the construction of a 2-classroom building which will house a class of Grade Five and a Kindergarten in Punta Cogon barangay. This school serves 186 students – K2 to Grade 6 – from a community whose main income comes from survival fisheries. The new building design will follow the typical 2-classroom project issued by the Philippine Government and will incorporate additional improvements that will result from this design bootcamp.

Robert ,Wong Kin Ming
A Hong Kong registered architect and an authorized person with over fifteen years of professional experience and academic training in architecture, design and urban development planning. He received his bachelor and master degree in architecture from The Chinese University of Hong Kong and his master degree in urban development planning from University College London in UK. Over the past twenty years, he has been involved in various community services actively and he is currently holding the position of Project Development Director at Hong Kong Sheng Kung Hui Welfare Council, which is one of the largest social service organizations in Hong Kong offering a wide range of services with person-centred approaches.
In addition, Robert is Founder & Director of IDEA (Involve in Design, Empower with Action) Foundation, a registered charity to work with children who live in poverty in developing world. He has considerable expertise in elderly-friendly design and architecture, promotion of equal opportunity and community participation in experiencing architecture and interior design. He has been working on projects in Cambodia, India, Nepal and China.
Robert has been awarded different design awards including the Silver Award of GREENPLUS Recognition Award organized by China Light Power in 2014, the Champion of Entrance Welcome Icon Design Competition organised by Airport Authority HK in 2005, the 1st runner-up of Central Police Station Compound Idea Competition organised by the HK Institute of Architects in 2005 and the Silver Prize of Design Beyond East and West International Competition 2004 in a Korea Design Competition.

Dominic, Chi Iok Choi
He graduated from the Bartlett School of Architecture, UCL, UK (University College of London). Dominic had achieved two masters in both Architecture and Urban Design from the UCL. He is a registered architect in the UK and Macau and has been working in various countries, including UK, Japan, Portugal, China, and offices including Sheppard Robson (UK), Foster & Partners (UK), Furuichi Tetsuo (Japan), Niken Yamamoto (Japan) Shin Takematsu (Japan), and Architect Troufa Real (Portugal).
He is currently working as a design director and partner in Macau office for the last 8 years. His Macau office has worked on many community projects including Strategy Studies of the Saint Paul Ruin Area, Three Lamp District and many other projects related to education, community centre and old people home in Macau.

He is the President of Architectes Sans Frontières-Macau.Sérgio Spencer
Born in Lisbon in 1965 and graduated in architecture by FA/UTL in 1988, obtained a master’s degree in 1999 from the Universitat Politécnica de Barcelona, under the subject “Post-Colonial Cities as networking nodes of cultural interchange: Macau in the framework of Colonial Southeast Asia” and attended a doctoral program at the Universidad de Valladolid between 2005 and 2009.
As a professor, taught from 1999 to 2007 the subject of Design Studio at the Universidade Moderna de Setúbal, and between 2008 and 2009 the subject of History of Contemporary Architecture at the Universidade Lusófona.
He divided his career between Lisbon and Macau working in collaboration with different offices and architects like, J.L. Carrilho da Graça, Risco, and Daciano Costa in Lisbon; and Manuel Vicente, Carlos Couto and Bruno Soares, in Macau. Between 2000 and 2010 carried his activity as a founding partner of Mendia+Spencer office in Lisbon. Back in Macau worked at Steelman Partners and is currently Design Manager at Melco-Crown Entertainment.
He is a founding member of ASF-Macau.
Gonçalo Menezes
A Portuguese born and trained architect Gonçalo has spent his professional career internationally, he has had wide ranging experience including working in humanitarian and development projects as well as in architectural design and building construction.
He has worked in Angola as a consultant in projects financed by the Portuguese Cooperation, in Guinea Bissau managing a project of self-construction of housing for old combatants funded by the European Development Fund, and in South Sudan as a field Head of Office for the International Organization for Migrations until as recently as 2010.
He also ran his own architectural company in Portugal with projects in Portugal, Angola, and S. Tomé and Principe.
At present he resides in Macau where he has worked for over 10 years in design and construction.
He is a founding member of ASF-Macau.