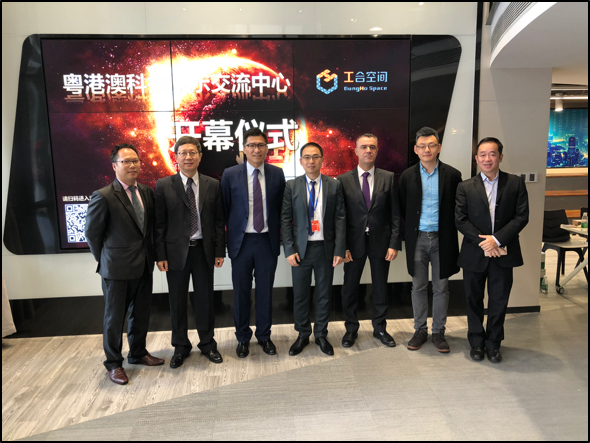 The Gung Ho Space, located in the Nanhai District, Foshan, Guangdong is run by Gung Ho Technology (HK) Limited with its parent Company – Radiant Venture Capital based in Hong Kong. This agreement allows the linking of talent and entrepreneurs from Portuguese Speaking Countries into the Bay area through training and incubation programmes through future USJ initiatives.  This will allow USJ to become a conduit between Portuguese Speaking Countries, via the economic and education platform of Macau, to serve the development of the Guangdong, Hong Kong and Macao Greater Bay Area. The Forum witnessed the signing of many MOU regarding HK and Macau investments which highlighted the continual integration of the Greater Bay Area in technology development, education and executive training and development.  At present, USJ has partners with physical locations in Foshan, Zhongshan ready to deploy programmes and incubation support for local Macau students and entrepreneurs.  USJ is also ready to serve Portuguese Speaking Countries via our innovation and entrepreneurship network in the Greater Bay Area.