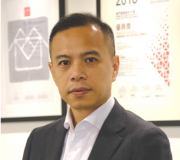 Johnathan Wong joined P&T Hong Kong in 1994 after his return from Toronto, Canada. He started running P&T Macau Branch in 1999 and became Director in 2005. He was the past president of the board of the Architects Association of Macao. Mr. Wong has extensive experience in both private and public sectors’ projects, which include educational, residential, commercial, recreational, museum as well as public and infrastructure projects. He believes that the success of a project is a collective balance and understanding between Emotional and Rational in all aspects.