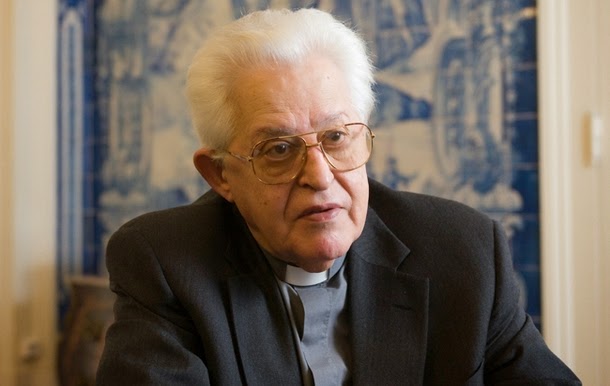 Cardinal Patriarch of Lisbon from 1998 to 2013, Dom José Policarpo died suddenly on the 12th of March 2014, during a retreat in Fátima. The University

Cardinal Patriarch of Lisbon from 1998 to 2013, Dom José Policarpo died suddenly on the 12th of March 2014, during a retreat in Fátima. The University of Saint Joseph mourns his passing. He was our Chancellor from 1998 to 2013. Before that, as Rector of the Catholic University of Portugal, he had been one of the founders of the Instituto Inter-Universitário de Macau (IIUM), from which our university developed. He always showed great interest in the affairs of USJ and, when he appointed me in 2012, expressed his concern that USJ should not lose sight of its original objectives: to be at the heart of the local Catholic community, to carry forward its rich tradition of East-West dialogue and an example of quality in higher education.

I will be representing the University of Saint Joseph at the funeral, in Lisbon, on the 14th of March, as an expression of our gratitude for Dom José Policarpo’s lifetime of service to the Church and care for our university. He will be remembered by USJ at the mass for the Feast of Saint Joseph, to be celebrated at the Seminary campus on Tuesday, the 18th of March.