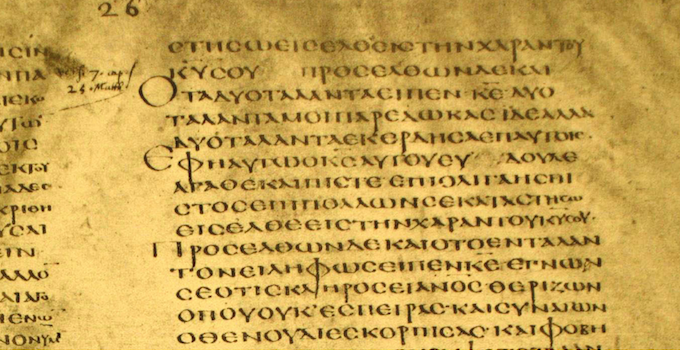 Public Lecture: In the beginning was the Word | The languages that God Speaks
Session 2: Greek, the Language of the New Testament on 23rd February 2017 Jesus and His disciples were Jews from Palestine and in their daily lives they spoke Aramaic, a Semitic language related to Hebrew, and yet, the writers of the NT chose to render Christ’s words in Greek, a totally unrelated and structurally alien language to Aramaic or Hebrew.

This session will look at Biblical Greek in the context of Koine Greek and the influences it suffered from Hebrew. An attempt will also be made in order to explain why Greek was chosen as the language of the New Testament.