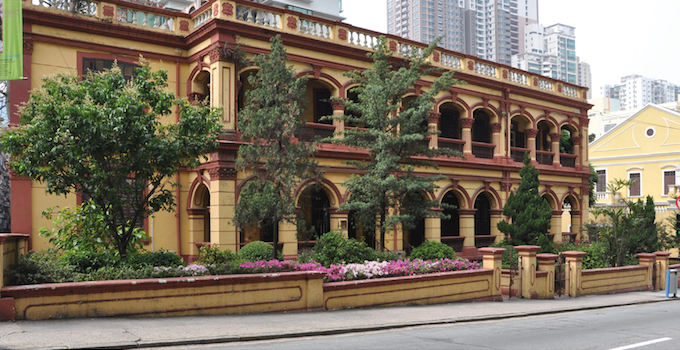 Lecture: The Transformative Journey of Giuseppe Castiglione S.J. into China and its Visual Culture

Lecture: The Transformative Journey of Giuseppe Castiglione S.J. into China and its Visual Culture by MRI on 2nd May 2017 Giuseppe Castiglione (Lang Shining, Milano 1688- Beijing 1766) was a devoted Jesuit missionary, and a truly innovative and cross-cultural artist. His talent was used by the Society of Jesus for diplomatic purposes for example to win over the appreciation from the Manchurian court.

All of the religious works Castiglione painted for Beijing churches and private chapels are lost. Significantly, we can still admire Lang Shining’s secular projects (such as the Western style buildings of Yuanmingyuan Garden) to try to understand his trans-formative mental journey in Qing dynasty China, as well as his contribution to early modern Chinese aesthetic.

In fact, working for three Emperors Castiglione bridged Italian sensibility with a Chinese sense of beauty.

The conference highlights Castiglione’s vocational upbringing in Italy as well as his Jesuit spirituality which laid the groundwork for his achievements in Beiing. This is a first step to better analyze which sources and references inspired Lang Shining’s masterpieces at the Qing court.

Francesco Vossilla Ph.D. is an Italian Art historian and Museum Studies scholar. He has been the editor of several publications and curator of exhibitions. He is teaching classes on Philosophy of Art, Museum Studies, Art History and Design for American universities in Florence, Italy (Gonzaga University in Florence; Middlebury College; ISI Florence).

He is the President of the Società di Studi Giuseppe Castiglione S.J.-Lang Shining, dedicated to intercultural studies, and named after the great Jesuit artist.

He has published mostly on Renaissance culture from philosophy to the visual arts and on the history of Italian Museums. His most recent texts have focused on Michelangelo and Giuseppe Castiglione and their contributions to the birth of modern aesthetics.