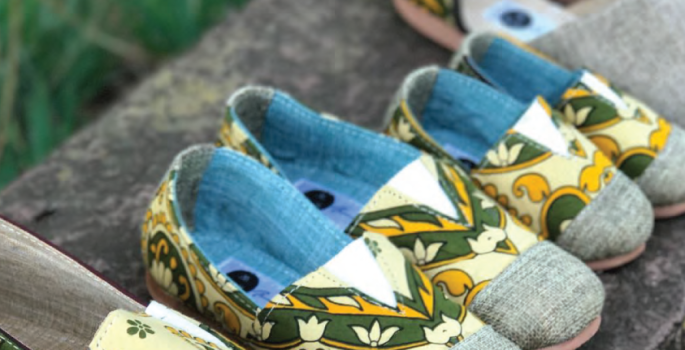 On 22 May 2019, USJ's Faculty of Creative Industries will hold a Workshop with African Fabrics by Fashion Designer Patrícia Vasco 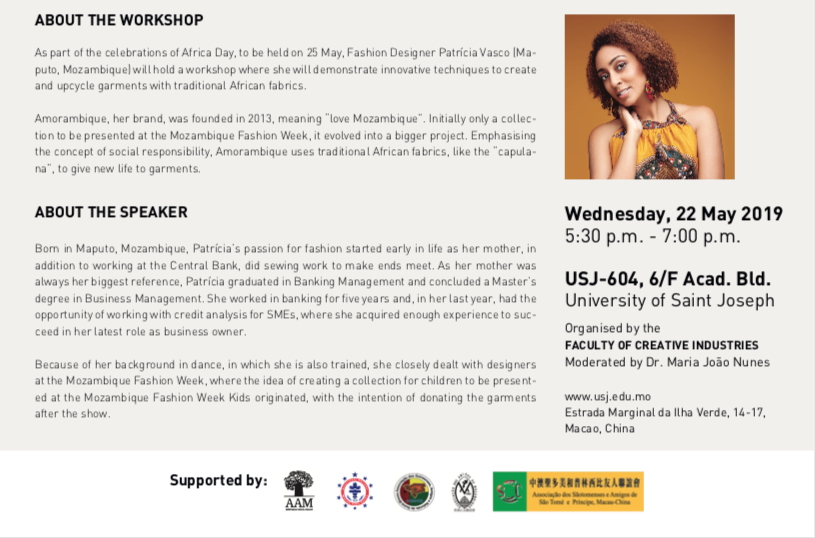 As part of the celebrations of Africa Day, to be held on 25 May, Fashion Designer Patrícia Vasco (Maputo, Mozambique) will hold a workshop where she will demonstrate innovative techniques to create and upcycle garments with traditional African fabrics. Amorambique, her brand, was founded in 2013, meaning “love Mozambique”.

Initially only a collection to be presented at the Mozambique Fashion Week, it evolved into a bigger project. Emphasising the concept of social responsibility, Amorambique uses traditional African fabrics, like the “capulana”, to give new life to garments.

Born in Maputo, Mozambique, Patrícia’s passion for fashion started early in life as her mother, in addition to working at the Central Bank, did sewing work to make ends meet.

As her mother was always her biggest reference, Patrícia graduated in Banking Management and concluded a Master’s degree in Business Management. She worked in banking for five years and, in her last year, had the opportunity of working with credit analysis for SMEs, where she acquired enough experience to succeed in her latest role as business owner.