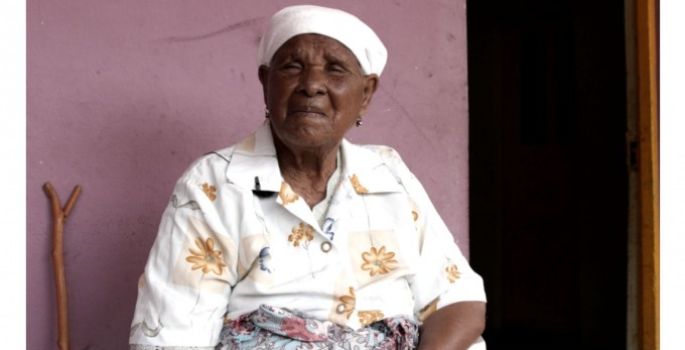 Public Lecture: The Development of Cinema in Cape Verde

On 23 May 2019, as part of the celebrations of the Africa Day, to be held on 25 May, USJ's FCI is organising a Public Lecture titled "The Development of Cinema in Cape Verde" by film director and producer Samira Vera-Cruz 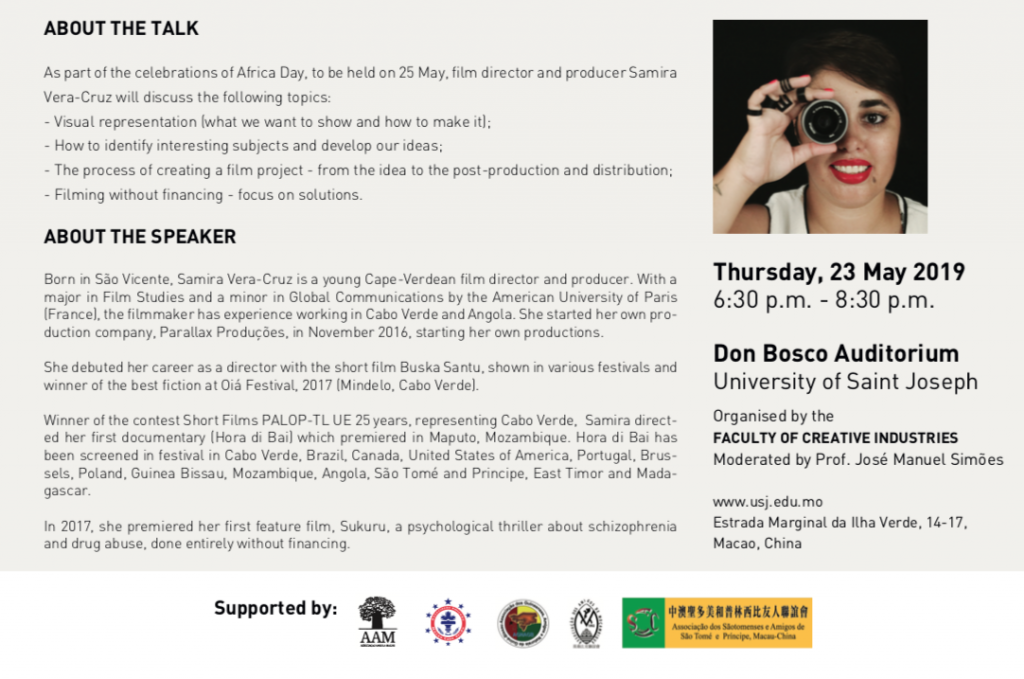 As part of the celebrations of Africa Day, to be held on 25 May, film director and producer Samira Vera-Cruz will discuss the following topics:

Born in São Vicente, Samira Vera-Cruz is a young Cape-Verdean film director and producer. With a major in Film Studies and a minor in Global Communications by the American University of Paris (France), the filmmaker has experience working in Cabo Verde and Angola. She started her own production company, Parallax Produções, in November 2016, starting her own productions.

She debuted her career as a director with the short film Buska Santu, shown in various festivals and winner of the best fiction at Oiá Festival, 2017 (Mindelo, Cabo Verde).

In 2017, she premiered her first feature film, Sukuru, a psychological thriller about schizophrenia and drug abuse, done entirely without financing.