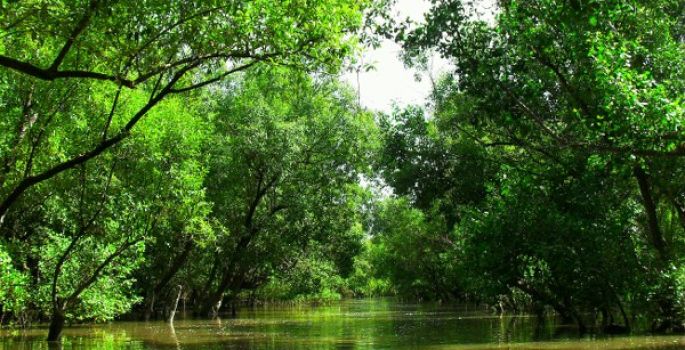 Online Public Lecture - Mangrove Rehabilitation and Conservation in the Philippines

The Institute of Science and Environment of USJ will hold an online public lecture titled "Mangrove Rehabilitation and Conservation in the Philippines'' on the 29th September 2020.

Among the many and diverse ecosystem services of mangroves, coastal protection and carbon sequestration place them in the forefront of Climate Change adaptation and mitigation. With high rates of mangrove loss, mainly due to brackishwater culture pond conversion, the Philippines has a decades-long history of mangrove rehabilitation.

Massive external funding, a limited coastal (fringe) planting area and contentious tenure issues of aquaculture ponds – has influenced the way mangrove protocols evolved. Success indicators of national and international development programs emphasize quotas (e.g., number of hectares and mangroves to be planted) rather than mangrove survival. Hence the concern was how to complete planting in the targeted area using up the allocated budget within the prescribed period of time. Such considerations have led to the present default mode of planting Rhizophora on seagrass beds (or mudflats) – the wrong species in the wrong sites.

Dr. Jurgenne Primavera has Zoology and Marine Science degrees from the University of the Philippines and Indiana University. She taught at the Mindanao State University but a rebellion forced her family to flee to the safety of Iloilo, central Philippines and a job with the SEAFDEC Aquaculture Department. In the 1980s, she rang warning bells on the perils of unplanned aquaculture. Her research shifted to the mangrove-penaeid shrimp connection for which she was conferred a PhD in Science honoris causa by Stockholm University. She has written numerous scientific papers, reviews, manuals, books and other publications on aquaculture, fisheries, and mangroves including Handbook of Mangroves in the Philippines – Panay in 2004 and Beach Forests and Mangrove Associates in the Philippines. She has been named Scientist Emerita of SEAFDEC AQD, 2008 TIME Magazine Hero of the Environment, University of the Philippines Distinguished Alumni in Environmental Conservation, and Academician of the National Academy of Science and Technology. Presently she is Chief Mangrove Scientific Advisor of the Zoological Society of London. 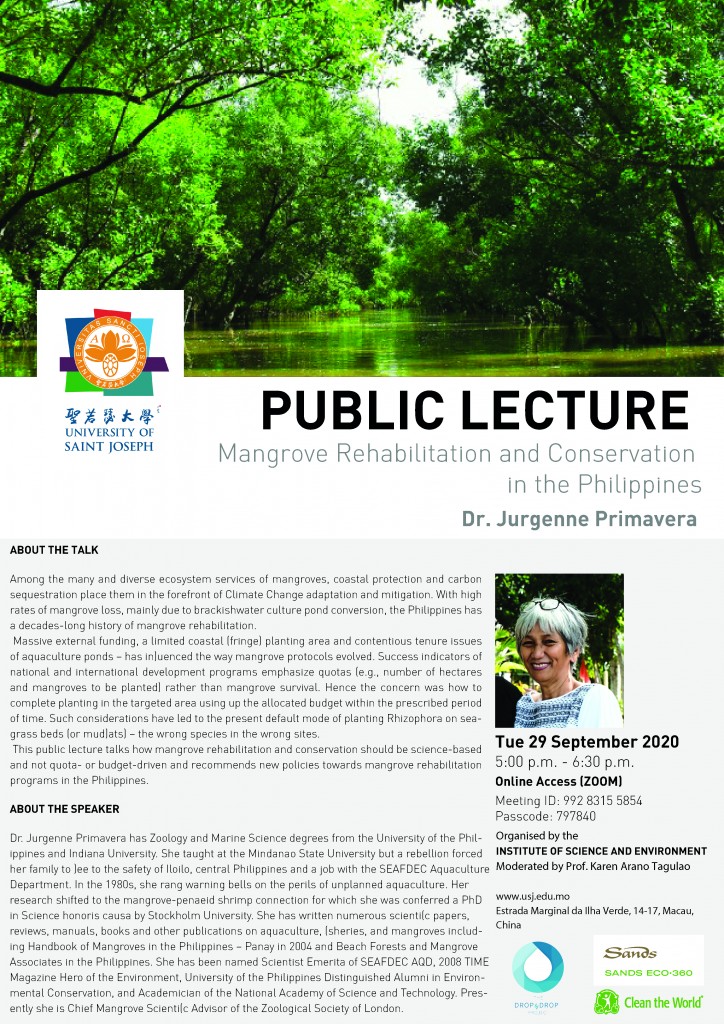