Studying the history of Macao is in fact studying the early history of the globalised world. An invention of the Chinese and Portuguese peoples, Macao is like a cultural and historical experiment; the best example of the beginning of a civilisation spanning the world and built on the largely fruitful engagement between the differences between East and the West.

From a small Chinese fishing village, Macao gradually became, in the mid-sixteenth century an international port-city, born from the processes of international commerce through the carefully negotiated (and not always straightforward) interaction between Portuguese merchants and local Chinese authorities. It was not imposed by military force or the result of any international treaty but out of the necessity that came from a network of commercial relationships between Portuguese, Chinese and Japanese traders. Studying the history of Macao and the way it has influenced the history of the modern globalised world is also to study the relationship between man and the oceans, maritime history is crucial to the history of South China.

In the 15th century the Islamic and the Chinese civilisations had the greatest technological, military and economic power and, in the 16th century, when the Portuguese arrived in South China and Japan the technological innovations they brought to Asia, whilst important in some cases, were largely irrelevant when compared to the overwhelming demographic strength and political power of both the Chinese and the Japanese civilisations. Against that background, it was inconceivable that Macao could have been a political or military imposition.

The economic, social and religious motivations of the Portuguese became the dynamic force behind the encounter between the East and the West in the 16th century. Technologically, however, the difference between East and West was, by that stage minimal. Asian civilisation has been using the junk for millennia.  These ships are extremely well adapted for their use in fishing, transportation, trading, warfare and exploratory travels. They are, if anything, perhaps the most adaptable sea-going vessels in maritime history. Whilst the development of the Portuguese caravel allowed the beginning of what Europeans call the Age of Exploration, maritime technology in China was, if anything, at least as advanced. As Portuguese ships made their tentative way down the West African coast in the 15th century, three major trading expeditions by the Chinese Admiral Zheng He had already brought Chinese Junks to the East Africa as early as 1418.

The historical study is of paramount importance, of course, but what an interesting historical counter-factual it would be to imagine the encounter of East and West upside-down. Imagine a fleet of junks arriving somewhere of the southern shores of Portugal, maybe Faro, at the beginning of the 16th century. What if it had been Chinese traders who “discovered” the West? What would have been the impact of such a journey? What kind of world would we be living in today?

We are delighted to be able to work with the History and Culture Association of Port of Macao to bring this exhibition to USJ. We hope that it will whet your appetite to learn more about the Chinese Junk and fire your imagination to consider its importance in making the modern world. 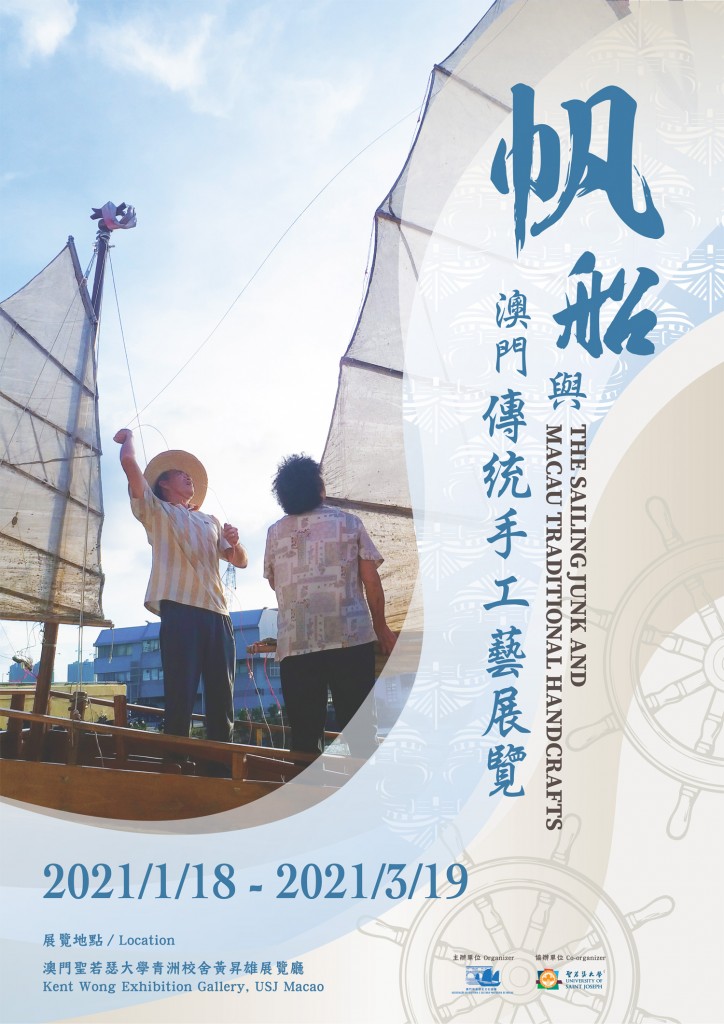