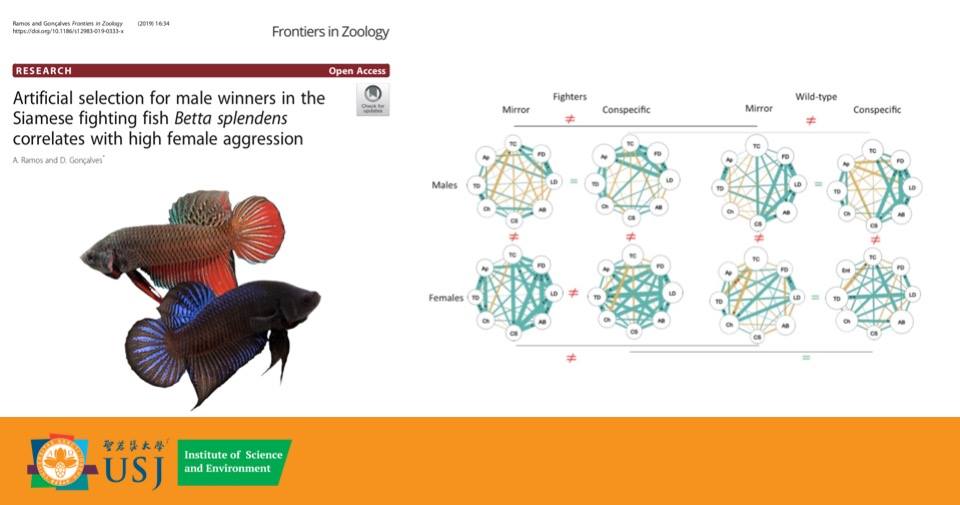 Researchers from the Institute of Science and Environment (ISE) of the University of Saint Joseph have published a study in Frontiers in Zoology on the aggressive behaviour of the Siamese fighting fish Betta splendens.

This species is used for cultural purposes across southeast Asia. Breeders stage paired-fights between matched for size males in a small tank until the contest is resolved. Breeders discard losing batches and reproduce winner batches with the aim of increasing fight performance. This selection process has been going on for centuries, providing an excellent opportunity to study the biological foundations of aggression in this animal model.

This work is part of a larger project funded by the Macao Science and Technology Development Fund (FDCT) and coordinated by ISE’s Dean, Prof. David Gonçalves, investigating the biological mechanisms of aggression in this species (http://ise.usj.edu.mo/research/projects/fight/).