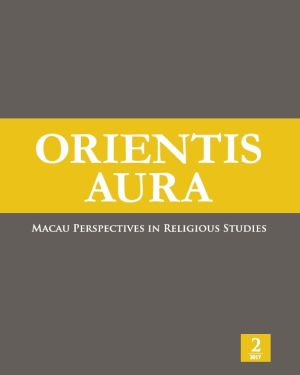 Among the different public religious festivals that we can see in Macao, the Catholic Church is responsible for some of the oldest and more related to the Macanese identity. The two major events, although we still have others with historical relevance, are the processions of Senhor Bom Jesus dos Passos and the one of Nossa Senhora the Fátima. The first one is done nowadays on the First Sunday of Lenten time of the liturgical calendar of the Catholic Church, and the second happens on the 13th of May, the anniversary of the Apparitions of the Virgin Mary the three shepherds in Cova da Iria, in Portugal, in 1917. The celebration of the first one hundred years of the apparitions and its impact in Macao is the background for the different contributions of this issue of Orientis Aura.

Three of our contributions look into the Virgin Mary. Chin Hei (Andrew) Leong proposes to look into the Old Testament backgrounds of the Magnificat and into the different collective and individual perspectives that might give to a contemporary understanding of the text, particularly affirming the option for the poor as the very identity of Christianity. Judette Gallares does the exercise of re-reading the New Testament references on the Virgin Mary, and her motherhood and discipleship can be perceived and meaningful in the contemporary contexts. These two contributions, although written by two Catholic authors, are in tune with the different ecumenical agreements between the Catholic Church and other Christian denominations regarding the understanding of Mary in the Scriptures and in the life of the Church, as it is analysed on the third contribution referred.

The fourth text of this issue it is not directly related to the cult of the Virgin Mary. Edmond Eh proposes to look into the Chinese religious syncretism in Macao, mainly based on the analysis of some public Buddhist and Daoist public festivals. Although there isn’t an explicit relationship, it can open the field to look into the visible and public religiosity in Macao, in its diverse expressions and belief codes as a promising research field.