聖大金庸隊 competed in Preliminary Round 1 against two other teams. Our team and the MUST team tied after the toss-up questions. Three questions were tossed up during the extra time. Our team got the first two questions correct with confidence and proceeded to the final round.

夢商承晞隊 competed against three strong teams in Preliminary Round 2. In particular, Macau Security Force Superior School (ESFSM) was the champion last year. ESFSM led us only by 20 points in the second last toss-up question. Out of luck, our team did not get the last question right and lost to ESFSM by a small margin.

In the final round, 聖大金庸隊’s performance was exceptional. Our team did their very best in the compulsory questions, the showdown and the toss-up questions, winning the title of the 2nd Runner-up. 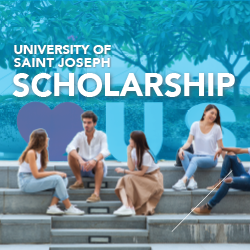