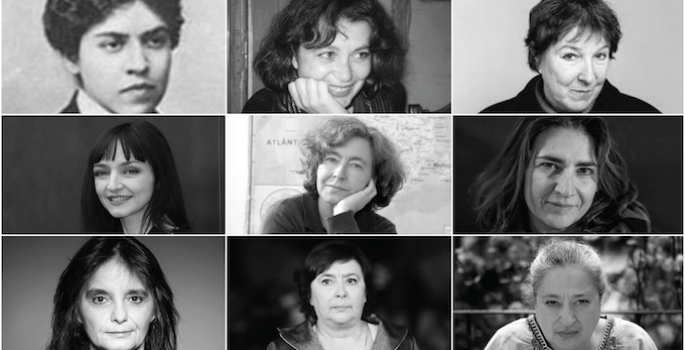 Public Lecture: “Once Upon a Time...” Tracing the Story of Women in Portuguese Cinema

On 13 November 2019, the Faculty of Creative Industries is organising a public lecture titled '“Once Upon a Time...” Tracing the Story of Women in Portuguese Cinema' by Ana Sofia Pereira & Vera Casaca. 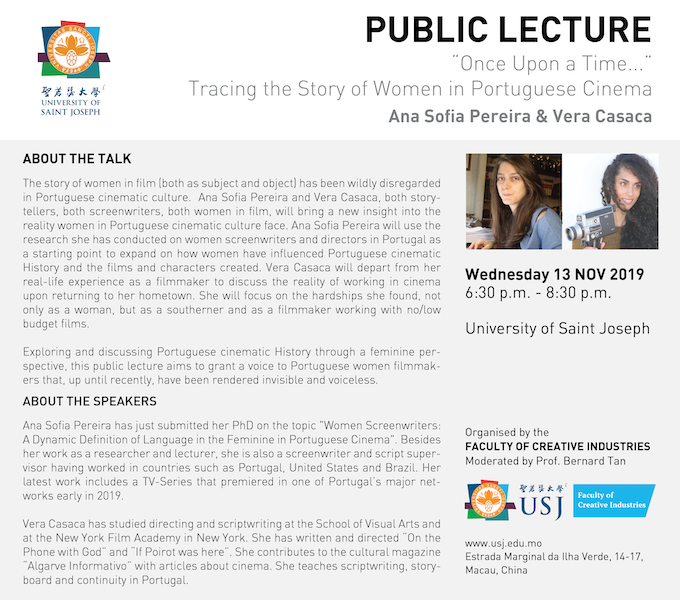 The story of women in film (both as subject and object) has been wildly disregarded in Portuguese cinematic culture. Ana Sofia Pereira and Vera Casaca, both storytellers, both screenwriters, both women in film, will bring a new insight into the reality women in Portuguese cinematic culture face. Ana Sofia Pereira will use the research she has conducted on women screenwriters and directors in Portugal as a starting point to expand on how women have influenced Portuguese cinematic History and the films and characters created. Vera Casaca will depart from her real-life experience as a filmmaker to discuss the reality of working in cinema upon returning to her hometown. She will focus on the hardships she found, not only as a woman, but as a southerner and as a filmmaker working with no/low budget films.

Exploring and discussing Portuguese cinematic History through a feminine perspective, this public lecture aims to grant a voice to Portuguese women filmmakers that, up until recently, have been rendered invisible and voiceless.

Ana Sofia Pereira has just submitted her PhD on the topic “Women Screenwriters: A Dynamic Definition of Language in the Feminine in Portuguese Cinema”. Besides her work as a researcher and lecturer, she is also a screenwriter and script supervisor having worked in countries such as Portugal, United States and Brazil. Her latest work includes a TV-Series that premiered in one of Portugal’s major networks early in 2019.

Vera Casaca has studied directing and scriptwriting at the School of Visual Arts and at the New York Film Academy in New York. She has written and directed “On the Phone with God” and “If Poirot was here”. She contributes to the cultural magazine “Algarve Informativo” with articles about cinema. She teaches scriptwriting, storyboard and continuity in Portugal.