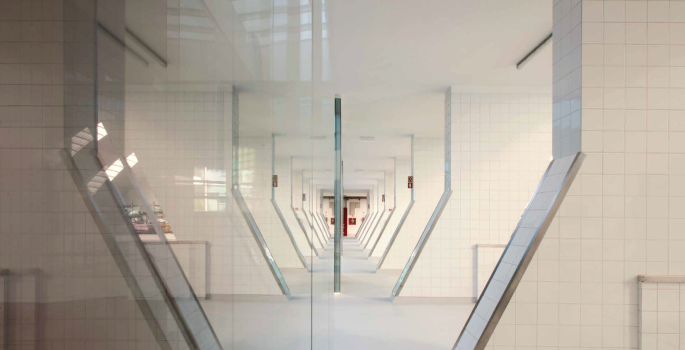 Public Lecture: Arquitectos Anónimos: a sampler of a generation

On 16 May 2019, USJ's Faculty of Creative Industries is organising a public lecture titled "Arquitectos Anónimos: a sampler of a generation" 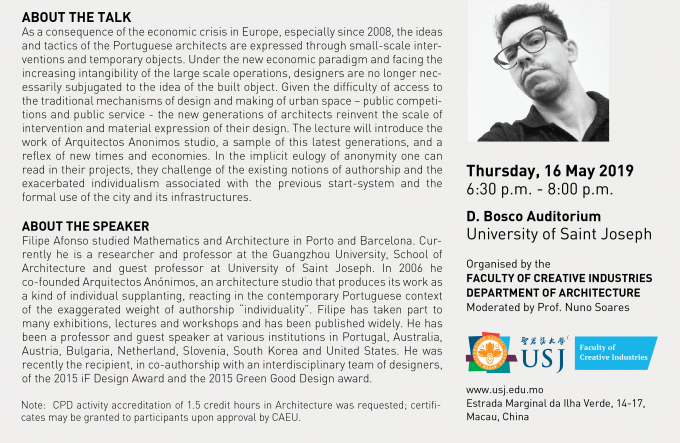 As a consequence of the economic crisis in Europe, especially since 2008, the ideas and tactics of the Portuguese architects are expressed through small-scale inter- ventions and temporary objects. Under the new economic paradigm and facing the increasing intangibility of the large scale operations, designers are no longer nec- essarily subjugated to the idea of the built object. Given the difficulty of access to the traditional mechanisms of design and making of urban space – public competi- tions and public service – the new generations of architects reinvent the scale of intervention and material expression of their design. The lecture will introduce the work of Arquitectos Anonimos studio, a sample of this latest generations, and a reflex of new times and economies. In the implicit eulogy of anonymity one can read in their projects, they challenge of the existing notions of authorship and the exacerbated individualism associated with the previous start-system and the formal use of the city and its infrastructures.

Filipe Afonso studied Mathematics and Architecture in Porto and Barcelona. Cur- rently he is a researcher and professor at the Guangzhou University, School of Architecture and guest professor at University of Saint Joseph. In 2006 he co-founded Arquitectos Anónimos, an architecture studio that produces its work as a kind of individual supplanting, reacting in the contemporary Portuguese context of the exaggerated weight of authorship “individuality”. Filipe has taken part to many exhibitions, lectures and workshops and has been published widely. He has been a professor and guest speaker at various institutions in Portugal, Australia, Austria, Bulgaria, Netherland, Slovenia, South Korea and United States. He was recently the recipient, in co-authorship with an interdisciplinary team of designers, of the 2015 iF Design Award and the 2015 Green Good Design award.