The Briefing on the China People’s Political Consultative Conference will be held on the 12th of April 2021 in USJ, Fatima Auditorium. 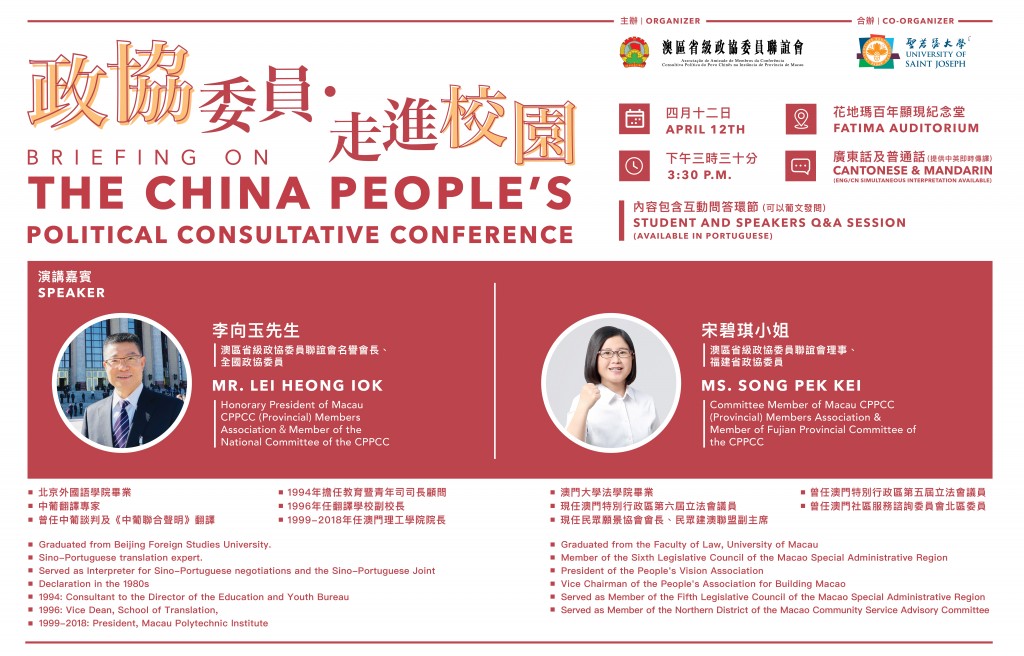